On December 14, 2016, I published this post as The Peace of Christmas During the Pain of Life. It was a critical moment for me. If you decide to read my forthcoming book, The Making of Biblical Womanhood: How the Subjugation of Women Became Gospel Truth, you will read about this moment in the introduction. It is the moment I affirmed my belief in the Gospel. It is the moment I admitted my complicity in perpetuating oppressive systems that run contrary to the Gospel of Christ. It is the moment I decided that, as a follower of Jesus, I could no longer be silent. It is the moment I truly understood the peace of Jesus Christ. I had no idea what the future held. But if you follow the history of my Anxious Bench posts after this point, you will see my voice grow louder as I spoke against Paige Patterson, cheered Beth Moore, and took on both Paul and patriarchy–all of which ultimately will culminate in the April 2021 publication of Making Biblical Womanhood. I look forward to sharing more with my readers over the next few months of how Making Biblical Womanhood came to be. My work on the Anxious Bench is a critical part of this story, and it all began right here. Merry Christmas, y’all!

The Peace of Christmas During the Pain of Life, 14 December 2016

In the far west of England, almost to Wales,  the medieval spire of St. Alkmund’s parish church reaches high above the old city of Shrewsbury. One “vane” of A.E. Housman’s immortal line: “High the vanes of Shrewsbury gleam islanded in Severn stream.”

Although a modern town of 72,000, Shrewsbury still looks very medieval. More than 600 of its buildings a 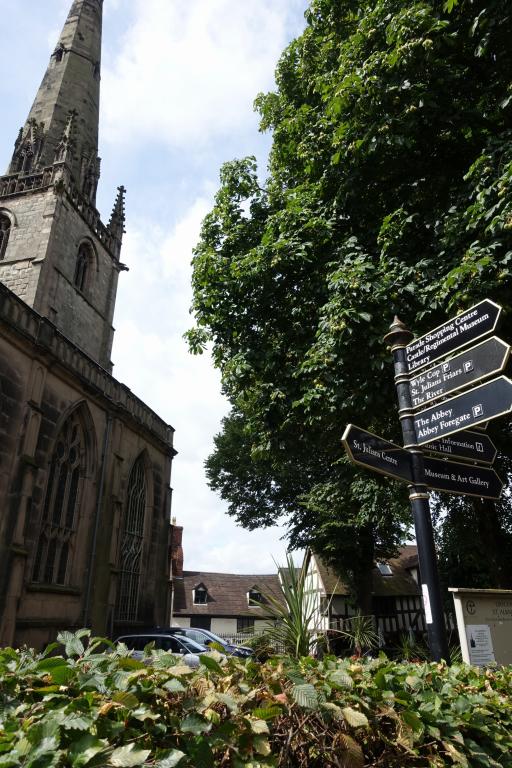 re listed as sites of historic interest, and a significant number of these are 15th and 16th century–giving Shrewsbury its distinctive black and white timber appearance. Not to mention that the town still follows its medieval street plan. This is very apparent when I am walking over the cobblestones and through the narrow passage of Fish Street, making my way to the steep steps of St. Alkmund’s and the medieval market square beyond (near Butcher’s Row, if you happen to be there).

Not much is left of the medieval structure of St. Allkmund’s. Only the fifteenth-century spire, which proved so inspirational to A.E. Housman, still stands. Once, long ago when I was working on my dissertation, I had tea with the priest of St. Alkmund’s. I will never forget how brightly his love of the church shone through all that he did. He proudly talked me through 900 years of St. Alkmund’s history; showed me their treasured silver; and even took me too the winding staircase of the bell tower, which, he assured me, was complete with bats in the belfry.

The church is a must-see for tourists in Shrewsbury. Yet, despite the grandeur of its spire and the quaintness of its setting (you can get a really good espresso drink at the cafe housed in a fourteenth-century building across the square while soaking in the medieval atmosphere), it is hard for us to understand the pivotal role St. Alkmund’s played in English history. More than 600 years ago, a vicar of St. Alkmund’s named John Mirk wrote what became one of the most popular books in late medieval England as well as the most printed book in England before the Reformation. It was Festial, a collection of ready-made-sermons to be preached throughout the year (think 101 Best Sermons, or something along those lines). Historian Alan Fletcher called Mirk’s sermons a “medieval bestseller.” We know the sermons were probably preached throughout much of England, from Shropshire (where Mirk lived) to Oxford and London, East Anglia, and even north to York and Lincoln (as evidenced by the 40ish remaining medieval manuscripts).

In short, if you were listening to or reading a non-heretical sermon in late medieval England, chances were it was from John Mirk’s Festial.

One of my favorite sermons in Festial is the Christmas sermon.  “Good men and women and Christian creatures, as you hear and see, this day all holy church sings and reads and makes melody in mind of the sweet birth of our Lord Jesus Christ.” Mirk tells the familiar and comforting story of angels singing for joy, “Glory in excelsis Deo,” shepherds watching their flocks by night, and a baby lying in a manager while the city of Bethlehem sleeps nearby.

It is such a peaceful story.

Indeed, the focus of Mirk’s sermon was Jesus as the Prince of Peace. Jesus came, he wrote, to bring peace to the whole world: peace between God and man, between man and angels, and even among people themselves. “Christ gives peace to men of good will, and blesses his people in peace,” wrote Mirk.

When John Mirk penned this sermon, however, his world was far from peaceful. 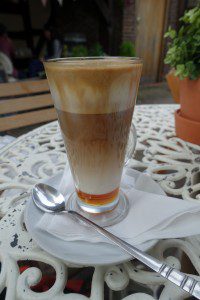 Maybe you have heard of the Black Death? Perhaps striking during Mirk’s lifetime (1348-1350), the Black Death wiped out approximately 1/3 to 1/2 of the medieval population, including over 40% of clergy in places like Shropshire (which is a staggering percentage, and would have affected Mirk directly). Plague afteward became endemic to England, striking every few years until the seventeenth-century.

Maybe you also have heard about the many wars in late medieval England? From the Hundred Years War, the War of the Roses, to smaller rebellions and revolts, like the Peasants’ Revolt of 1381? As Shrewsbury sits on the very edge of Wales (9 miles from the border), it became embroiled in the Welsh Revolt.  In 1400, the Prince of Powys (which bordered Shrewsbury) revolted against the English king Henry IV, starting a war which lasted for several years.

Yet, in the midst of all this pain and uncertainty, Mirk wrote a sermon of peace. His words ring clear:  “At midnight Christ was born, for then all things are at rest, thus showing that Christ is the Prince of Peace, and came to make peace between God and man, and between angels and man, and between man and man.”

Recently I heard a Baptist preacher proclaim from the pulpit, holding his Bible close to his heart, “Christ is the Prince of Peace who brings Peace to all the world.”

This really struck me.

How familiar his words were to my medieval-trained ears. As different as the Medieval Catholic church of St. Alkmund’s is from a modern Baptist Church in Waco, TX, both their preachers agree (agreed?) on this: Jesus Christ brings Peace to the World. And it is a peace that comes despite the pain of fourteenth-century England and despite the pain of 2016 modern America. As the angels sing, in the words of John Mirk, “Joy be to God who is high in heaven, and peace be on earth to the men of good will.”

May the peace of Christ go with you this Christmas season. 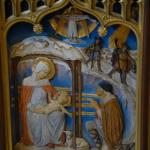 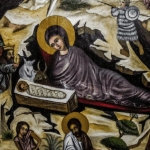 December 24, 2020 On Pandemic Christmas Eve
Recent Comments
0 | Leave a Comment
Browse Our Archives
get the latest from
Anxious Bench
Sign up for our newsletter
POPULAR AT PATHEOS Evangelical
1