A Lenten meditation on the death of Rush Limbaugh

A Lenten meditation on the death of Rush Limbaugh February 23, 2021 Kristin Du Mez 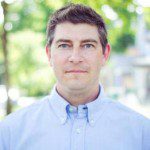 Today we are pleased to welcome former Anxious Bench blogger Tim Gloege back to the blog.

I started listening to Rush Limbaugh at the beginning of his national radio career in the late 1980s.

I was in high school, raised in a white evangelical community and part of Reagan’s conservative wave. I lived in Minneapolis, which identifies as a progressive town, despite its ongoing failures of racial justice (a story for another time).

I was convinced that I was part of an oppressed evangelical minority, that we were targeted at every turn by aggressive, antagonistic, liberals. I was, in other words, primed to be a “Dittohead.”

I had started listening to talk radio a few years before, but was annoyed by the “liberal bias” of our local ABC affiliate (KSTP AM 1500). With Rush, I finally heard my ideology on the airwaves–one I picked up in The American Spectator and Human Events (yes, I was all-in conservative).

With Rush, I had a defender of me, the little guy, against the all-powerful libs. Yes, he could be a little crass and nasty to opponents, but it was ok, I thought, because he was “punching up.” And he was funny…and fearless. And so I became a devoted listener.

In the early 90s I attended Bible school in Chicago, where (ironically) my world got more complicated and diverse. A major emphasis at school was proselytization, or what insiders call “evangelism.” I wasn’t very good (I got a C- on my personal testimony) but I believed it was my calling.

But I also learned some history and questioned some assumptions. I had a black professor and worked under black ministry leaders. They shared with me glimpses of injustice I had been oblivious to. I was still conservative, but I was questioning. And I had less time to listen to Rush.

After two years I took a break from school: back to Minneapolis to earn some money. I worked as an administrative assistant at an architectural firm. Despite the overwhelmingly secular and liberal orientation of the firm, despite knowing my deep religious conservatism, they hired me anyway.

I saw my job as a mission field. I would “be a good witness” by working hard and showing God’s love to everyone around me. I met my first openly gay man, many second-wave feminists, committed environmentalists, and people who thought Serrano’s “Piss Christ” was important art.

But my plan to show God’s love was more difficult than I thought. It wasn’t that these people were hard to love, quite the opposite: they were far more kind, more generous, more inclusive than I was. They bent over backwards to make me feel at home. I was outgunned.

Early on, I would go out to my car and listen to Rush while eating my lunch. I didn’t agree with everything he said anymore, but I still found him amusing and a little comforting: a nice break from the liberal world I now inhabited. Inside, my coworkers usually had NPR on in the background (a mix of classical music and news). I was occasionally annoyed by what I thought was an “unfair stereotype,” but it was clear this news organization was trying to be fair. This was new to me.

My co-workers were unrelenting in their inclusion.

“Oh, well we can put that on for you. What station is it on?”

I told them and they did.

It was excruciating. Because now Rush wasn’t “owning the libs” out there–the all-powerful political force oppressing me and my fellow white evangelicals. No, he was mocking Julie and Jenny and Michael–people who had never said an unkind word to me. They didn’t say anything now, either. They just turned Rush on for me in the afternoon.

After two or three days of this, I finally said, “Thanks, but I don’t think we need to listen to this anymore” (they were relieved, I’m sure). And soon after, I decided to take a break from politics. I concluded I could be a conservative, or “be a good witness for Christ,” but in this context at least, I couldn’t be both.

This apolitical space was new for me. But it gave me ears to hear a diversity of voices I could not hear or understand before. My binary world of liberal/conservative, good/evil, slowly crumbled. Reading history, especially work historicizing my faith tradition, accelerated this significantly (thanks be to George).

Fast forward through grad school and a whole lot of reading–histories of race/class/gender/sexuality and a little Marx. I read some critical race theory (though my first taste was in Bible school!), feminist theory, and theoretical work on religion. I was mentored by incredibly patient and generous scholars, some deeply committed Christians, some not, but all a world away from my evangelical upbringing. The result? I am who I am today, for better or worse.

Many (not all) evangelicals today find me irritating. They dislike my critiques of the movement I was born into. This, no doubt, because I’m still not as kind as those good secular liberals in Minneapolis. I get impatient when I hear the same pablum I used to spout thirty years ago recycled by those who used to be my people.

But the takeaway of this little story is clear. The antics of Rush, and his many imitators who live on, only work in isolated echo chambers. They demonize the left in ways that terrify conservatives. But the picture is so extreme that it only works on those who don’t actually know someone outside the fold.

Yes, there is a reasonable conservatism that I’m not talking about here (I disagree with it, and argue against it, but I get it). And yes, there’s a segment of “deplorables” that will never be reached. But for many more (even on the irrational Right), kindness works. It transforms minds in a way that arguments don’t. In fact, it allows your arguments to actually be heard. I believe this because it worked for me.

To be clear: if you are a person of color or are non-conforming in your sexual or gender identity, or had past trauma, or are a part of another targeted group, this isn’t your job…unless you want it to be, of course. You should take care of yourself.

But if you are a progressive cis white Christian guy like me, you don’t get to stop engaging. You may not see the fruit of your effort–you may never change hearts and minds. But (to get religious on you) it is your calling. Think of your kindness as penance for past sins. Let’s be better.

About Timothy Gloege
Timothy E. W. Gloege is author of Guaranteed Pure: The Moody Bible Institute, Business, and the Making of Modern Evangelicalism You can read more about the author here.
Previous Post

February 24, 2021 The Sanctifying Value of Staying in the Same Academic Job for Decades
Recent Comments
0 | Leave a Comment
Browse Our Archives
get the latest updates from
Anxious Bench
and the Patheos
Evangelical
Channel
POPULAR AT PATHEOS Evangelical
1