This week, Pope Francis approved a document saying that that Catholic priests were not allowed to bless same sex unions or marriages, and by extension, to recognize them as marriages in any true sense. Specifically, said the text from the Congregation for the Doctrine of the Faith, God “does not and cannot bless sin.” I have no wish to discuss the theological background here, but some of the reactions do demand attention.

The first obvious comment is that the decision of itself was thoroughly and utterly unsurprising, and any move to a contrary position would for the church have been something like a sign of the apocalypse. The media have spent the past few years lauding the “progressive” pope, but that term means something absolutely different in a church context than in the mainstream of public opinion in the WEIRD nations (Western, Educated, Industrialized, Rich, and Democratic). When Argentina introduced same sex marriage back in 2010, the then Cardinal Bergoglio, as Archbishop of Buenos Aires (our present Pope), denounced the proposed legislation as “a destructive proposal to God’s plan … a move by the father of lies that seeks to confuse and deceive the children of God…. May [the saints] defend, and accompany us in this war of God.” Can we discuss that word “progressive”?

But what really has surprised me is the suggestion that this decision over same sex relationships will provoke a catastrophic drop in church membership. To take one example of several, the British Independent carried an opinion piece by one Carli Pierson, under the subheading, “The Catholic Church is losing followers at record rates. Announcing that it will not bless same-sex unions could be a worse move than the Pope and his compatriots realize.” So, apart from anything, the Independent does not know the meaning of the word “compatriot,” unless Pierson is denouncing Argentines, but let that pass. Look at the evidence offered here:

According to the Catholic News Agency, in Germany, one in three Catholics is considering leaving. The same goes for US Catholics. … The papacy and the patriarchy are outdated institutions that have caused more harm than good. And today, the Pope has proved that no member of their congregation with progressive views can truly feel they belong.

For the sake of argument, assume this is all true, and that the church will lose a lot of its “progressive” members, however defined. So overall, worldwide, is the church losing followers at record rates? Replace “losing” with “gaining” and you are closer to the truth.

The fundamental problem is one of what we might call the white or Euro-American gaze. Pierson is looking at the Catholic world of which she has some (patchy) knowledge, and commenting on its views as she understands them. But the “Catholic world” has long since ceased to be based in Western Europe and the US. We know where the world’s Catholics were based as of 2010, and if we extrapolate a bit for 2021, we can reasonably say that Europeans now make up a bit under 24 percent, and North Americans 8 percent. Africans, however, are now 20 percent of the pie chart, and growing fast, with Latin Americans at 35 percent, and the Asia-Pacific at 12 percent. The African share of the church should overtake Europe within a decade at most. These figures are a bit misleading, in that those “Europeans” and “North Americans” actually include a sizable and growing proportion of migrants from the Global South.

Overall, the white proportion of Global Catholicism – however we define that loaded term – is now somewhere around 25 percent, and falling fast. By mid-century, I would project it to be around 15 percent. But any potentially loss in Germany, say, is more than compensated by explosive growth in, say, Nigeria or the Philippines. And speaking very broadly, many of those Global South believers, especially in Africa, hold very different views about same sex relationships than do many white Europeans. On this particular matter, they are much, much, more conservative. Recently, an Economist article remarked that younger Africans were at least as traditional-minded on LGBT issues as their elders, and maybe even more so.

Just as an intellectual exercise, assume the impossible, that Pope Francis had declared this week that the church would acknowledge same sex marriage, and priests would bless unions. The effects on the areas of Catholic growth, especially in Africa, would have been catastrophic, and Muslims would have taken immense pleasure in pointing out that the church was in fact a front for Western immorality and decadence. And then you really would have seen some serious loss of membership, even a potential collapse. You might also have a full scale global schism. Should that be the case? Maybe not, but it is.

Reading comments about the present papal debate, I recall a much quoted remark commonly attributed to Pauline Kael, although she never used those exact words: “How could Nixon have won? Nobody I know voted for him.” The modern parallel might be “How can the Catholic church be growing? Everybody I know is leaving it.” The Catholic church is growing fast, and will continue to do so. Just because you don’t see it, does not mean that it is not happening.

Like many other institutions, the Catholic Church is experiencing something like a crisis of whiteness, and that fact underlies both church decisions, and the reactions they cause. 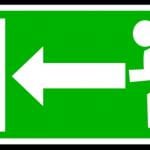 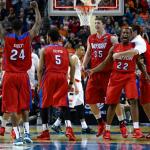 March 20, 2021 The Religious History of March Madness
Recent Comments
0 | Leave a Comment
Browse Our Archives
get the latest from
Anxious Bench
Sign up for our newsletter
POPULAR AT PATHEOS Evangelical
1