As I noted in the first column of my three-part series on the religious implications of the 2020 Census, demographers project that the United States will become a majority minority nation in 2045. Many of the immigrants are Christians, and boosters of this demographic shift hope that their numbers and vitality can shore up a faltering American evangelical population.

Many evangelical immigrants themselves, however, are less interested in propping up what is already here and more interested in reshaping it into something else. Many migrate carrying a burden to speak truth to American apathy and apostasy. They arrive at JFK, O’Hare, and LAX, the new ports of entry, ready to spiritually challenge Americans. Kwesi Ansah, Jr., a Ghanaian missionary in South Carolina, explains, “It was the Westerners, the Europeans and Americans that brought us the Gospel as missionaries to us on the dark continent of Africa. So the seed was sown, is grown, germinated, and it is now bearing fruit. So we’re now here to give back.” 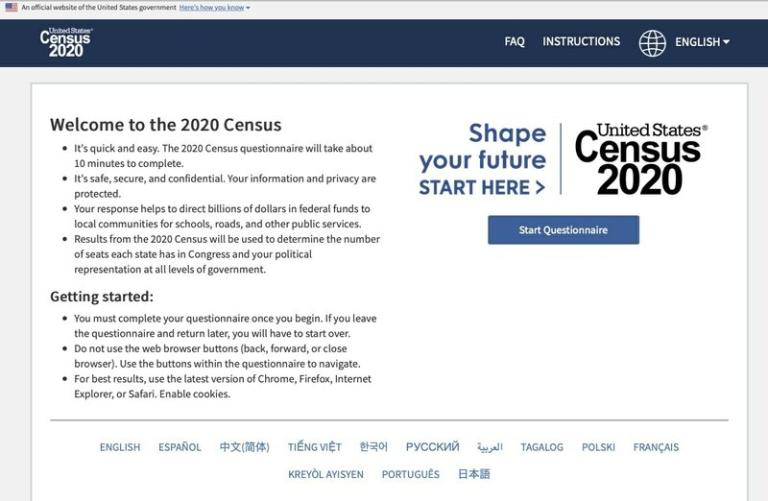 James Fadele, a Pentecostal preacher from Nigeria living in Texas, offers a more cutting version: “I’m not saying all the churches in America are fake, but . . . we have come all the way from Africa. We are engaging the people to show them the true Gospel, making sure that people are being saved and people are making it to heaven.” From a model that took Christianity “from the West to the rest,” a far more fluid and chaotic arrangement of “from everywhere to everywhere” now characterizes global Christian mission. The jarring result, after centuries of Christian expansion to the East, is a burgeoning phenomenon of “reverse mission.” The East now targets the West.

In a second wave of movement to the Americas—this one voluntary—2.1 million immigrants have recently immigrated to the United States. Of the wide spectrum of religions represented in this population, the largest is Pentecostal Christianity. The Redeemed Christian Church of God (RCCG), for example, founded in 1952 by Josiah Akindayomi of Lagos, Nigeria, emerged out of the African Pentecostal revival. By 2005 it boasted close to five million members with congregations in 90 nations. Two hundred congregations had already been planted in the United States. Five years later, there were 359 congregations, and the RCCG had built a 550-acre base of American operations in rural north Texas.

The tiny town of Floyd, whose most prominent feature was a water tower on which the slogan “Blackest Land, Whitest People” had been emblazoned during the civil rights movement, was an unlikely site. Pastor Ajibike Akinkoye, a former professor at the University of Lagos, upon hearing that the Ku Klux Klan was still active in Hunt County, said, “They may not welcome us, but we are not afraid of them. In fact, maybe God sent us there so we can bring them to the Lord . . . to chase them out of the darkness and to bring them into the marvelous light of God.”

The new complex, modeled on RCCG’s headquarters in Lagos, is called Redemption City and includes a 10,000-seat auditorium, Bible college, library, restaurants, and a one-million-person-capacity pavilion. It houses Dove Media, a company that runs RCCG’s television, radio, Internet, and publishing wings. Marti Garner, a local woman whose uncle was in the KKK, likes the church’s multiethnic sensibilities. “It doesn’t matter what color you are,” she told the New York Times.In an exceptional development, Garner became an assistant pastor serving under Nigerian leaders. The RCCG, hoping to plant a church within a five-minute drive of every American, sends its best and brightest. One out of ten RCCG members in the United States has a Ph.D., and they are overrepresented in business, banking, and management. Winners Chapel in Detroit, for example, is filled with Ford engineers who speak fluent English. As Apostle Albert Amoah, declared, “We have not come to establish a Ghanaian Church of Pentecost but an American Church of Pentecost.” African Christians come to America on a mission.

Christian immigrants also want to sanctify the converted, not just convert a secular America. Embodying diverse sensibilities, new arrivals from the Majority World nonetheless arrive with remarkably similar critiques of their new home and imaginations that push against American categories. First, they propose supernatural solutions for a rationalist Western church. Even accounting for charismatic identification, non-Western supernatural practices dwarf those in the United States. Surveys of Lausanne participants at Cape Town in 2010 showed that much higher percentages of non-Western evangelicals said they had witnessed or experienced evil spirits driven out of a person, divine healings, or speaking in tongues. They live in a spiritually alive universe populated by demons and angels, and they seek to guide North Americans through this enchanted landscape.

As many faced the realities of urban life, some began to apply supernatural methodology in socially progressive ways. Eldin Villafañe, a Boston pastor and professor at Gordon-Conwell Seminary, contended that “the church’s mission includes engaging in power encounters with sinful and evil structures.” In an arid America, says one observer, Christian immigrants “may be just what the spiritual doctor ordered for many of America’s newly unaffiliated and disenchanted believers.”

Second, immigrants demand that placid white Christians cultivate evangelistic urgency and spiritual fervor. RCCG’s Enoch Adeboye preaches the “twelve-month pregnancy principle,” that each church should give birth to another church after one year. “It is our goal to make heaven,” he declared. “It is our goal to take as many people as possible with us. In order to accomplish our goals, holiness will be our lifestyle.” American evangelicals, impressed by the devotional practices of immigrants, often cite Korean early-morning and late-night prayer services. “We feel that we can do something in the United States,” said the Brazilian pastor of a Baptist church in Boston. “We feel the churches here are looking for revival.” Roberto Miranda, pastor of the large and influential Lion of Judah Church in the South End, contends that Hispanics function as “a renewing presence” in North America.

Third, much of the global evangelical diaspora demands conservative sexual habits in what they see as an oversexed America. Latino members of the Assemblies of God, according to Gastón Espinosa, overwhelmingly believe that “human life begins at conception, abortion is the taking of an innocent life, same-sex relations are sinful, and that God ordained marriage as a divine covenant between one man and one woman.” Eighty-five percent of evangelicals associated with the Lausanne movement say that homosexuality should be discouraged by society. Peter Akinola, the fierce Nigerian critic of homosexuality, is now a household name in the Episcopal Church and is the subject of a saying in Anglican circles: “When Akinola sneezes, a majority of people in the Episcopal Church get a cold.”

There is, however, more latitude for women in church leadership—77 percent think women should be allowed to serve as pastors—compared to North American evangelicalism. This is especially true in China, where 75 percent of pastors are women, and among Pentecostals, who contend that whoever the Spirit touches should preach. But a patriarchal heteronormativity remains. Most leaders from the Global South contend that men should be the main financial providers and religious leaders in a family.

In my final post of this series, I’ll discuss what these religious aims and cultural habits might mean for evangelical politics. 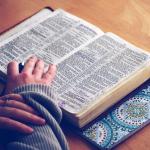 November 16, 2021
Do Evangelical Churches Have a Catechesis Problem?
Next Post

November 18, 2021 Biblical Authority amidst American Christian Division: From the Civil War to the Present
Recent Comments
0 | Leave a Comment
Browse Our Archives
get the latest updates from
Anxious Bench
and the Patheos
Evangelical
Channel
POPULAR AT PATHEOS Evangelical
1