The Mensch on a Bench: Reflections on Commercializing Hanukkah in Modern America

The Mensch on a Bench: Reflections on Commercializing Hanukkah in Modern America December 1, 2021 Nadya Williams

In 164 BCE, the Maccabees, the Jewish priestly family that would go on to found the Hasmonaean dynasty, managed a miracle. They successfully wrestled control over Jerusalem from the Seleucid ruler Antiochus IV, and rededicated the Temple. From the perspective of military history, this was astonishing, as it is difficult to overemphasize the magnitude of the resources and military capabilities of the Seleucid Empire compared to the relatively small and ragged crew that the Maccabees led in their revolt. But it was another miracle, one that took place immediately after the rededication, that has entered the Jewish calendar as the holiday of Hanukkah. There was, we learn from the Megillat Antiochus, among our earliest sources, only enough pure oil for lighting the temple lamps for one day. But that oil miraculously lasted for eight days, just enough time to secure a new supply. 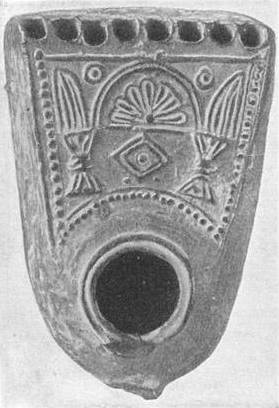 From its beginnings, Hanukkah and the Maccabees have been at the center of a number of controversial texts, which do much to reveal the justifiable anxieties of the Jewish people over the vicissitudes of their fate. In 1 Maccabees, for instance, written towards the end of the second century BCE, the story of the revolt includes a disturbing incident that shows the conflict that the Jews feel between trusting in their belief in God and in following military wisdom. When faced with an impending attack on a Shabbat, the Jews express their trust in God, and refuse to violate His commandments by fighting. Their enemies, however, hold no such scruples, and a horrific massacre ensues. The Maccabees thereafter vow to keep fighting no matter when, and subsequently win their victory. It is not surprising, in light of stories like this one, that the books of the Maccabees have been generally viewed as deuterocanonical, although 1 and 2 Maccabees were included in the Septuagint, the Hellenistic Jewish translation of the Old Testament from Hebrew into Greek, and in the Vulgate, the translation of the Bible into Latin.

But in what may be deemed the newest imitation of a deuterocanonical text, the American Mensch on a Bench is now here to “add more Funukkah to Hanukkah.” The story writes a new character, Moshe the Mensch, into the original narrative of Hanukkah. You see, it turns out that we did not have the full story before. In the Temple in 164 BCE, along with the Maccabees and their supporters, was Moshe the Mensch. And it was Moshe who bravely volunteered to sit up all night on a bench, to ensure that the lights would keep burning while everyone else slept. Moshe and his whole family now work hard to bring families together for the holidays – yes, Moshe has a full family, including Dancing Bubbe (Mensch’s proper yet obviously fun Jewish wife), Hannah the Hanukkah Hero (because girls can be Hanukkah heroes too!), Dreidel Dog (who better to play dreidel with?), and last but not least, Mitzvah Moose (definitely deuterocanonical, although “every time he completes a mitzvah, his menorah antlers light up”). 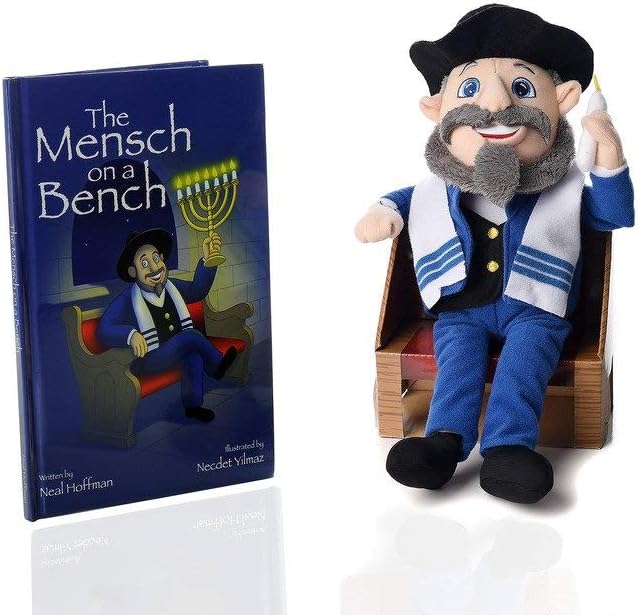 The Mensch with his bench and storybook

The story of the Mensch and his family draws on real Jewish concepts, mostly from Ashkenazi Yiddish traditions. And yet, the overall package is distinctly American, and unapologetically secular. Somehow, in reading over the fun activities that families can complete with the Mensch and his trusty Mishpacha (family), one is reminded more of the Elf on the Shelf, on whom the Mensch is clearly modeled, than of the long-suffering Maccabees.

The Mensch may just be a positive kind of guy, but this positivity is American, rather than Jewish in its spirit. Ultimately, in their root, all Jewish holidays commemorate the suffering of the people, and God’s provision for them in the midst of that suffering. Taken together, they show the repetition of that theme in Jewish history time and time again: others oppress, but God can rescue. And it is important for Jews to remember that suffering, even in the midst of celebrations of deliverance, because suffering and oppression are always liable to come again.

Two major holidays over the course of each year – Sukkot and Passover — commemorate the miraculous escape of the Jews from Egypt, and their deliverance from slavery. Hanukkah commemorates yet another instance of deliverance, and the ability of the Jews to worship God at a time when it did not seem likely. Finally, Purim commemorates the Jews’ last-minute deliverance from what looked like impending genocide while in exile. In addition, Tisha B’av commemorates the destruction of the First and Second Temples – the two occurred on the same date in the Jewish calendar. And, since the mid-twentieth century, for obvious reasons, Yom ha-Shoah, Holocaust Memorial Day, has been part of the Jewish calendar as well. While not occasions for celebration, needless to say, days of mourning are significant, because they provide an essential opportunity for remembering. Taken as a body, the entire calendar of Jewish holidays over the course of each year reminds of the historic nature of the people’s suffering, and emphasizes that it is not over. After all, while Holocaust survivors are now few, their children and grandchildren continue to deal with family trauma that transcends generations.

And so, as a Russian-Israeli-American, as an adult convert to Christianity, and finally as a historian, I find that something essential has gone missing with the addition of the Mensch on a Bench to the celebration of Hannukah. Maybe we do not need to add more fun to this holiday, whose baggage was so heavy to unpack already in antiquity. Looming in the back of the story of 1 and 2 Maccabees, after all, is the theological question with historical implications: where was God when His people suffered so dearly? Maybe instead of seeking the Funukkah in Hanukkah, we need to add more depth to the discussion of its history.

But that, perhaps, would be un-American. The spirit of December holidays in America, after all, invites us to celebrate joyfully, rather than dwell on things that are heavy. Who wants to talk about the historic suffering of a people, if the alternative is to play games and spend time with family, eating good food and exchanging gifts? Speaking of gifts, of course, the commercialism of the holiday season has grown steadily over the course of the past century, making it attractive to embrace a figure like the fun-loving Mensch and the many accessories that accompany him. And yet, this transformation of Hanukkah is also a reminder for Christians about the significance of this season. While we celebrate joy in the arrival of the Messiah, reflecting more about the suffering and the persecution of the Jewish people that led up to that event as well is an ingrained part of the story. Without seeing that suffering, we miss the value of the redemption.

November 30, 2021
Christmas Gifts for the History Buff in Your Life
Next Post

Evangelical
How (Not) to Drive Up the National Birthrate:...
Anxious Bench
TRENDING AT PATHEOS Evangelical