Ideas about Women Matter: A Resource List for Women in Church History 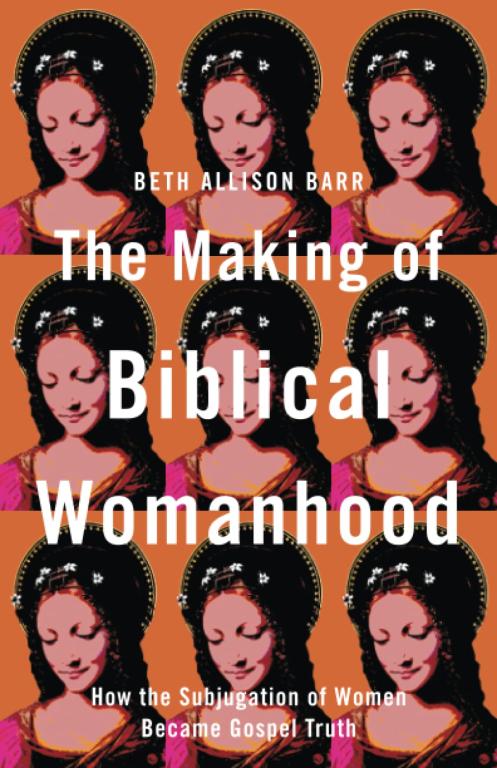 I planned this post several weeks ago. Ever since publishing The Making of Biblical Womanhood, folk ask me for resources that show the reality of women’s leadership and active role throughout church history rather than what they have been taught in evangelical spaces: a narrative that mostly ignores women and/or interprets women’s historical participation through the lens of complementarianism. So I planned a series of posts listing historical sources (primary, secondary, and tertiary) that can help reframe our understanding of women in the church.

But when Daniel Silliman published his news story yesterday, Sexual Harassment Went Unchecked at Christianity Today, I couldn’t help but think about a passage in The Making of Biblical Womanhood. This is what I wrote in the conclusion: “Ideas matter. Ideas that depic women as less than men influence men to treat women as less than men. Ideas that objectify women result in women being treated as objects (sex objects mostly). So it’s not any surprise that Paige Patterson, who commented on the body of a sixteen-year-old girl to a crowd of Christians (resulting in their laughs and applause), shares the same understanding of women’s roles as the Baptist churches involved in the sexual abuse of hundreds of women…” I’ve been teaching the importance of ideas about women since I first entered the classroom in 1998. Yet it still saddens me, each time, when I see how much damaging ideas about women costs real women–especially those living and working in Christian spaces.

In honor of the women who protected each other at Christianity Today, who spoke out against the harrassment, and who told their stories to Daniel Silliman, I offer this resource list on women in church history.

Below is a short list of secondary sources, written by mostly historians (all scholars), that will deepen your understanding of women in church history (especially women’s leadership). It is not an exhaustive list (I am better on European and Black scholarship–I need to become more robust on Latin American and Asian scholarship), and I will continue to add to it. I have only included books with which I am personally familiar (many of these I have taught).

It is also not a biblical studies list, but I can tell you that simply reading more books like Kat Armas (Abuelita Faith: What Women on the Margins Teach Us About Wisdom, Persistence, and Strength), Amanda W. Benckhuysen, The Gospel According to Eve: A History of Women’s Interpretation), C. Wilda Gafney (A Womanist Midrash: A Reintroduction to the Women of the Tora and the Throne), Dorothy A. Lee (The Ministry of Women in the New Testament: Reclaiming the Biblical Vision for Church Leadership), Carolyn Custis James (Half the Church: Recapturing God’s Global Vision for Women), Lucy Peppiat, (Rediscovering Scripture’s Vision for Women), Renita J. Weems  (Just a Sister Away: A Womanist Vision of Women’s Relationships in the Bible), and Ronald W. Pierce and Cynthia Long Westfall, et. al., eds (Discovering Biblical Equality: Biblical, Theologica, Cultural & Practical Perspectives), will show you how limited a perspective evangelical biblical training often is. If you haven’t read Angela Parker’s If God Still Breathes, Why Can’t I: Black Lives Matter & Biblical Authority, then I strongly encourage you to pick it up too.

Secondary Sources (and shoutout to Merry Wiesner-Hanks Gender in History: Global Perspectives which contains a fantastic bibliography on women in Christianity)

Anthea Butler, Women in the Church of God in Christ: Making a Sanctified World (UNC Press, 2007).

Leanne M. Dzubinski and Anneke H. Stasson, Women in the Mission of the Church: Their Opportunities and Obstacles throughout Christian History (Baker Academic, 2021).

Primary Sources used in writing The Making of Biblical Womanhood (and thanks to Katherine Goodwin for compiling this bibliography; some of these are mixtures of primary and secondary, and some are sourcebooks)

Sarah B. Pomeroy, The Murder of Regilla: A Case of Domestic Violence in Antiquity. Cambridge, MA: Harvard University Press, 2007.

James Dobson. Love for a Lifetime: Building a Marriage That Will Go the Distance. 1987; repr., Colorado Springs: Multnomah, 1998.

Coventry Patmore, The Angel in the House. London: Cassell & Cassell, 1887.

Dorothy L. Sayers. Letters to the Diminished Church: Passionate Arguments for the Relevance of the Christian Doctrine. Nashville: Nelson, 2004.

If we going to make lasting change in how women are treated in evangelicalism, we have to address the problems with what evangelicals believe about women–including women in church history. As I wrote in a 2018 blog post, “If Evangelical Christians are going to change their attitudes toward women, they have to learn the important role that women really have played throughout church history. They have to recognize women as leaders, teachers, preachers, evangelists, and apostles–not just as domestic caregivers and support staff…If we want to change attitudes towards women, we have to better educate Christians about the reality of women’s roles in church history.”

Take up and read, y’all, because it is time to change the church. 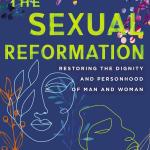 March 15, 2022
The Book I've Been Waiting For: A Review of Aimee Byrd’s The Sexual Reformation
Next Post 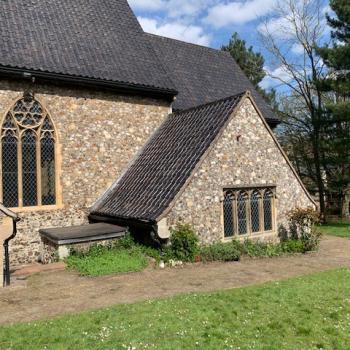