Show Them No Mercy: The Bible and Genocide

And thou shalt consume all the people which the LORD thy God shall deliver thee; thine eye shall have no pity upon them: neither shalt thou serve their gods; for that will be a snare unto thee. Deut.7.16

I recently read Charlie Trimm’s book The Destruction of the Canaanites: God, Genocide, and Biblical Interpretation (Eerdman’s 2022). Let me say right away that this particular post does not in any sense constitute a specific response to that book, and is not a review: that is for another day. (I’ll just say here that it would be a great text for classroom use). Rather, Professor Trimm’s book set me thinking about the broader issues involved, which I covered in my own book Laying Down The Sword: Why We Can’t Ignore The Bible’s Violent Verses (HarperSanFrancisco 2011).

The problem is easily stated. In the Old Testament, a sizable number of verses show God commanding not just the defeat of a people, but also their total annihilation, every last man, woman, child, and dog (literally). These passages involve the imposition of the ban, herem, an order of absolute destruction. Reading such passages, modern readers might conclude that however horrible such accounts might be, this was regrettably the standard practice of ancient or primitive warfare; but that would be totally wrong. Such total annihilation was extremely, extremely, unusual in ancient warfare: kill the men by all means, but the women and children represented the conqueror’s inventory for future slave trading. What sane conqueror would kill them? Any account of ancient warfare that underplays the central role of slave-taking is severely lacking, and the same applies for much medieval combat. In contrast, Hebrew herem was close to unique. The only really close analogy to Israelite practice comes from a Moabite text, from a people who had ancient historical ties to the Hebrews, and who may well have picked the herem idea up from them.

In modern terms, the Hebrews are clearly practicing what we call genocide, which is mainly visited on the Canaanites, but also on the Amalekites. Some scholars try to reject the “genocidal” label, but you can only do this by applying definitions that are wildly at variance with contemporary usage, whether popular or legal. Even if we reject the genocide label, which we can’t do, the conduct described undeniably constitutes ethnic cleansing on a horrific scale.

Scarcely easier to read are the passages recording Israelite battles against other peoples like the Midianites, who are fortunate to survive total annihilation, but only because young girls are kept alive to serve as sexual slaves. These acts occur under the leadership of Moses personally, faithfully following divine commands (see especially the nightmarish Numbers chapter 31). Such passages have provided ample fodder for the Bible’s critics through centuries. At every stage, considering these texts poses agonizing questions concerning Biblical literalism, and scriptural authority. We might argue that these texts prove that God is not good, and anything but loving.

Through the millennia, Jews and Christians alike have agonized over these commands, particularly those involving herem, and have found various solutions, which can roughly be divided into several categories:

1.The Bible means these commands to be taken literally, as a model of how God’s people should treat their enemies.

2.The Bible means these commands to be taken literally, albeit at this one specific historical moment, and in the case of peoples who were uniquely vicious or evil.

3.The passages must be taken metaphorically and allegorically.

4.The passages indicate primitive and barbaric ideas that were superseded in subsequent stages of the evolution of the Judeo-Christian tradition, and should not be treated as in any sense authoritative.

5.The passages were intended literally, but generations of humane and decent rabbinic scholars added so many qualifications and let-outs to make the passages appear almost reasonable. Among other things, this meant charging that Canaanites were guilty of many horrible deeds and crimes, a theme not present in the oldest texts. See the “uniquely vicious” idea in #2 above.

Patristic and medieval Christian scholars strongly favored the allegorical view, #3, and my own position is a variant of that. In my view, the stories depicted in the accounts of the genocidal conquest of Canaan are simply not accurate historically. The wars did not proceed in anything like the way they are reported, and many of the sites mentioned did not even exist at the relevant times. In fact, the ancient Israelites were very close ethnically to the Canaanites, from whose society and culture they had evolved. Centuries after the events described, later generations of Biblical authors wrote the stories as a way of urging Israelites to purge themselves of those remaining Canaanite impulses, which were blamed for religious syncretism. Readers were warned to destroy their inner Canaanite, and the histories were written to reflect that theme. If that view is correct, then no actual Canaanites were harmed in the making of this scripture. Or at least, no more than you might expect in a regular non-genocidal Late Bronze/Early Iron Age war.

Much of my argument in Laying Down the Sword concerned the long and often hideous afterlife of those genocidal passages, which often surfaced when Christian populations confronted other peoples – pagans and Muslims, yes, but they also justified dreadful slaughter between Catholics and Protestants. Often, authors used the passages about the horrors of the Canaanites to portray some enemy people as a damned and uniquely evil race worthy of annihilation. Those texts supplied a splendid warrant for settler colonialism. As Matthew Tindal observed three hundred years ago, “I question whether the Spaniards would have murdered so many millions in the Indies had they not thought they might have used them like the Canaanites.” In 1989, Robert Allen Warrior wrote an enlightening article with the subtitle “Canaanites, Cowboys, and Indians.” These ancient texts provided a manual and a template for European imperialism.

I am framing an argument here to which I will be returning in subsequent posts. over the coming weeks 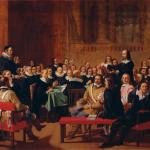 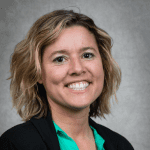 August 4, 2022 Welcome Lisa Clark Diller to the Anxious Bench
Recent Comments
0 | Leave a Comment
"I take what Jesus said as to what my faith should be:"The Father makes his ..."
james warrren Who Will Be Saved? – The ..."
"I was tracking with you, appreciating the points until this statement: "It has become a ..."
LKaaren I’m Sorry, But You’ve Been Canceled
"A similar dilemma exists when reading the parts of the Psalms where the psalmists talks ..."
Curt Day Jesus, Genocide, and the Canaanites
"Authorized group? What is the authorized group that censors the ministers in question? For the ..."
the old scribe I’m Sorry, But You’ve Been Canceled
Browse Our Archives
Related posts from Anxious Bench 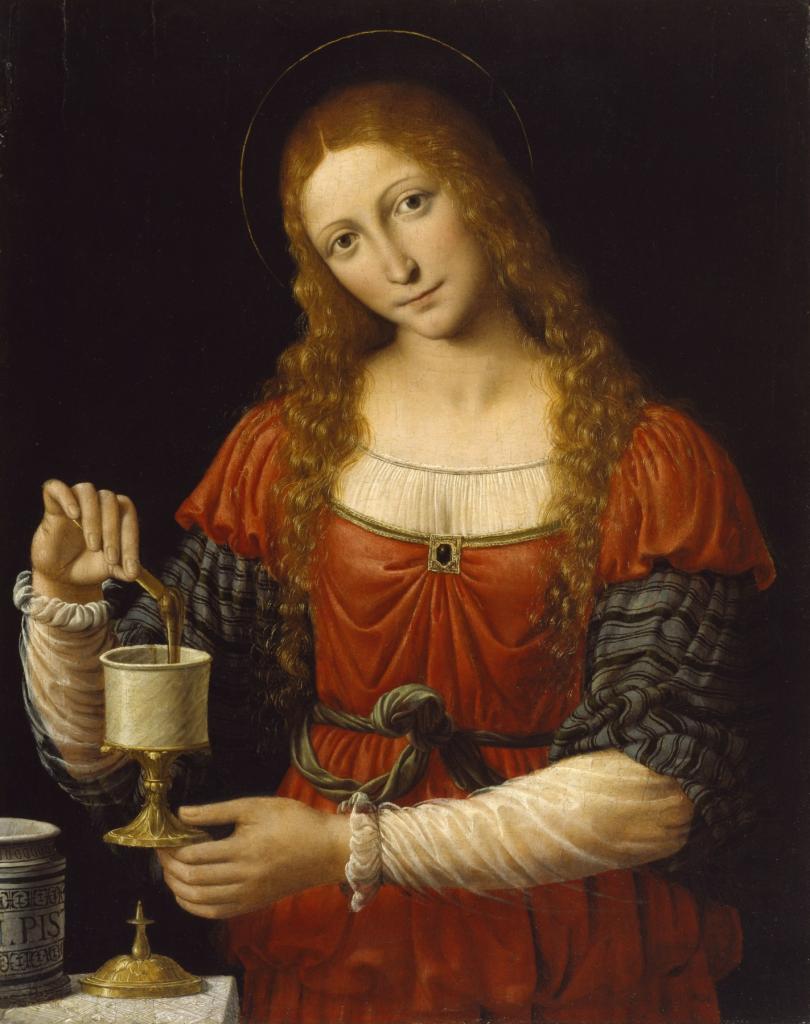