The Great War of (Christian) Africa

At this moment, in late 2022, where in the world is the most destructive war raging? If you said “Ukraine,” you would almost certainly be wrong. In terms of human carnage and devastation, the answer would far more likely be in Ethiopia, the storm center of what is already being described as a new “Great War of Africa…. Africa’s next World War.” (The description comes from analyst Cameron Hudson). Paying attention to that war is crucially important for anyone interested in the fate of African Christianity, quite apart from its obvious human consequences.

For many reasons, Ethiopia is a country dear to my heart, but as someone who works on African Christianity, it is critically significant. It is one of the world’s oldest Christian nations, with a dazzling cultural heritage. It is also one of Africa’s most populous nations, with 115 million people, potentially rising to 200 million by 2050. The Orthodox make up 44 percent of Ethiopians, as against 22 percent who are evangelicals or “Pentays,” Pentecostals. Some 31 percent are Muslims. 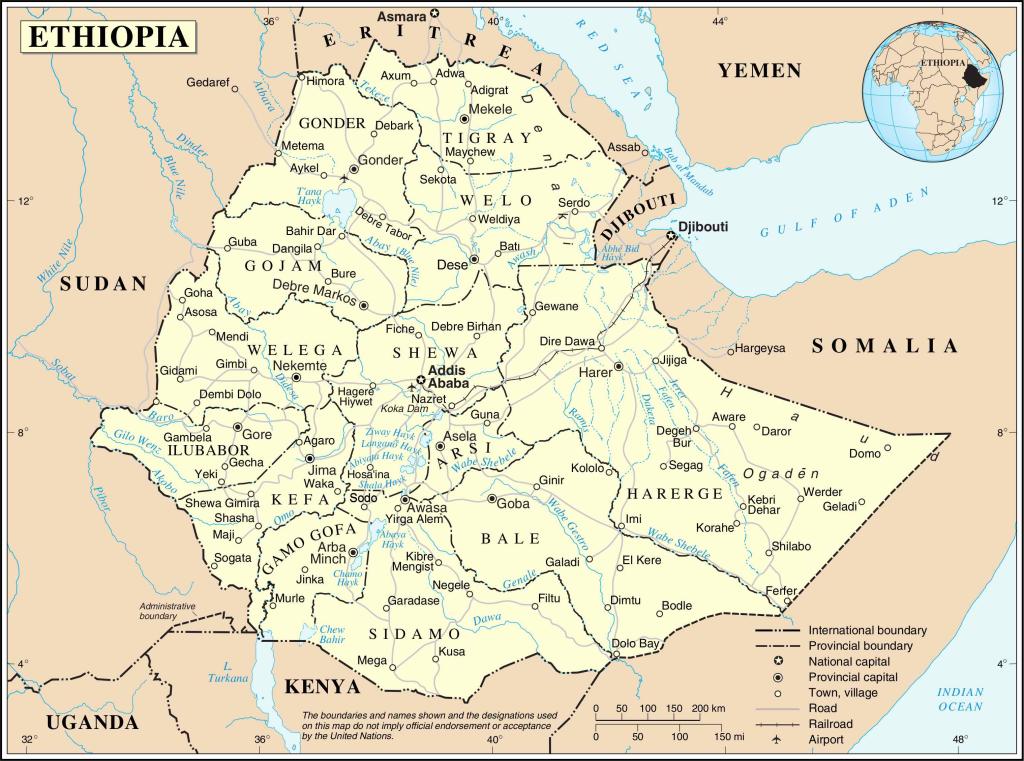 The country’s modern history has involved many disasters. From 1975 through 1991, Ethiopia suffered a savage Communist dictatorship. After liberation, one of the most powerful ethnic groups seceded altogether to form the new nation of Eritrea. The remaining groups cooperated to rule the restored Ethiopia under the leadership of the Tigray People’s Liberation Front (TPLF), which effectively held power until 2018. Ethiopia over the past quarter century has been a real economic success story, one of Africa’s “Lion” economies, equivalent to the Asian Tigers of days gone by. The TPLF was then displaced by a regime headed by Prime Minister Abiy Ahmed, a faithful Pentay, who won golden opinions as a peacemaker. In 2019, he received the Nobel Prize for promoting peace with Eritrea.

But despite initial hopes, the country has descended rapidly into turmoil, and that Nobel Peace Prize is looking like a sick joke. As the TPLF became ever more disaffected, violence erupted with Ethiopian armed forces, and in 2020, a full-scale Tigray War was in progress. Ethiopian forces seeking to impose their rule on Tigray were assisted by allied Eritrean regulars, and also by some lethal Amhara ethnic militias. Massacres and atrocities mounted. In 2021, it looked for a while as if the Tigrayans might capture Addis Ababa itself, but they were stopped largely through the use of Bayraktar armed drones from Turkey and the United Arab Emirates, of the kind that have been deployed  so effectively in Ukraine. During 2022, conditions have become rapidly and horrifically worse, especially since a ceasefire collapsed in August. Deaths just this year likely run into several tens of thousands.

We should also recall the larger region in which the country stands, which makes for quite a bad neighborhood. Adjacent countries include such notorious trouble-spots as South Sudan, Sudan, and Somalia. We encounter the familiar problem that the map projections we conventionally use hugely under-estimate the relative size of countries on or near the Equator: the Horn of Africa region is far bigger than might be suggested by a casual glance at a Mercator projection map. Ethiopia alone is 430,000 square miles, making it 60 percent larger than Texas.

Cameron Hudson, whom I cited earlier, remarks that “You have the confirmed presence of forces who either willingly or unwillingly are fighting in this conflict from the neighboring states: Eritrea, Somalia, and Sudan and now increasing signs that forces from as far away as Chad, Niger and Libya may also be playing a role.”

Quite apart from such political pressures, the whole Horn of Africa region is already being acutely affected by climate change, with all that implies for increased competition for diminishing resources, and for aggravating ethnic and religious tensions. Supplies of food and drinkable water are both deeply stressed, and governments deploy the food weapon against restive populations. By means of famine and massacre, outright genocide is a real possibility.

In the most pessimistic scenario, the situation could resemble what happened in the Congo at the start of the present century, when a war involving six nations claimed a huge number of lives – by some account, five million deaths in all. It is a terrifying prospect for the coming decade.

Please understand that in sounding the alarm about Ethiopia, I am in no sense trivializing the Ukraine war. Nor do I suggest that racism alone accounts for the very different emphasis in media coverage of the two situations – although it plays some role. It is intuitively tempting to assume that a white-dominated Western media naturally sympathizes more with European situations where victims and sufferers are identifiably and sympathetically white, and therefore “people like us.” In contrast, accounts of violence in Africa are dismissed as fulfilling stereotypes of backwardness and savagery. You know, African savages – not a  bit like those nice civilized Russian soldiers. And recall, Ethiopia’s population is almost three times that of Ukraine.

There assuredly has been an element of this racial bias in the present news reporting. But let’s fully acknowledge the role of the Ethiopian government, which has done a masterful job of preventing news coverage and visual imagery, by its suppression of telephone and Internet contact. Without horrible images of sacked villages and slaughtered children, we tend to care less about any situation. If we can’t see it, it doesn’t exist.

But on any objective grounds, we really do have to be far more concerned with the outcome in Ukraine, because of the larger geopolitics. If Ukraine loses and is overrun, the next European crisis will bring Russia against Poland and the Baltics, which would mean invoking the NATO treaty, and the odds of a global nuclear war would be astronomically high. The number of deaths would run into the hundreds of millions, if not billions. Very literally, stopping the Russians in Ukraine is not just a moral issue – although of course it is that – it is a matter of life and death for countless people around the world, and especially in the Northern Hemisphere. Arguably, we are already today in a situation where a nuclear confrontation is not far off, but throwing the Russians back at least gives us a chance. In contrast, no imaginable circumstances could turn the Ethiopian crisis into a global confrontation, or one involving nuclear weapons. Maybe the human cost of the African war will “just” be in the millions, not the billions…. “just” millions! Do you remember the story title, “The Cold Equations“? These are very cold equations indeed.

October 12, 2022
History at Home: Historians and Homeschooling
Next Post

October 14, 2022 Juan Diego and the Indigenous Engineers of Mexico-Tenochtitlan
Recent Comments
0 | Leave a Comment
"I suppose the question is whether or not the Holy Spirit could use technology to ..."
Nimblewill Is Religion Naturally Averse to Technology?
"What a great post, Allie! Insightful and eloquent."
Ansley Every Day People in Every Day ..."
"Impressive article. Provides the necessary perspective for entering into an informed discussion about the science/religion ..."
the old scribe Science, Religion, and Nineteenth Century Protestantism
"Very helpful! Thanks! It seems history has always been used as a weapon."
Roger McKinney Science, Religion, and Nineteenth Century Protestantism
Browse Our Archives
Related posts from Anxious Bench

The Sargent Exhibit at the National Gallery--Part Two
view all Evangelical blogs
What Are Your Thoughts?leave a comment