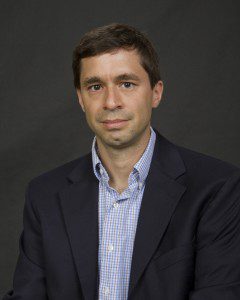 John Turner teaches and writes about the history of religion in nineteenth- and twentieth-century America. He teaches in the Department of Religious Studies at George Mason University. He is the author of The Mormon Jesus: A Biography (Harvard University Press, 2016); Brigham Young: Pioneer Prophet (Harvard University Press, 2012); and Bill Bright and Campus Crusade for Christ: The Renewal of Evangelicalism in Postwar America (University of North Carolina Press, 2008), winner of Christianity Today‘s 2009 award for History / Biography. He has written for popular outlets such as the Wall Street Journal and Los Angeles Times. Until March 2019, you could not follow him unless you found him in person. Then he signed up for Twitter to plead with United Airlines to look for an item left on a plane. @johngturner2020. 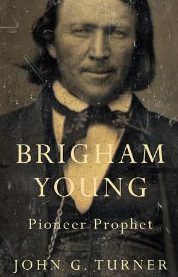 Bill Bright and Campus Crusade for Christ: The Renewal of Evangelicalism in Postwar America 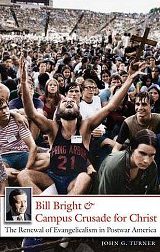 Back to About the Authors