In Defense of Things

There’s an adrenaline surge available to the essayist (a “bum under the conviction that writing 1000 word segments makes him or her a productive member of society, see: Unemployed, Oddities of Evolution“), that rivals that of Bruce Wayne as he climbed out of the Lazarus Pit. It’s the thrill of an Impossible Title.

I’m told that others enjoy crystal meth, car chases, the coming apocalypse, or some healthy combination of the three. The essayist gets his head-rush by waking up at 11:23, drinking an absurd amount of coffee, and writing “The Nature and End of the American Man” on top of a blank sheet of paper.

The fact that he will fail to live up to his title is inconsequential. It’s the journey, not the destination. The fact that The Nature of the American Man will, by the end of the essay, remain obscure as his End — if it does not become absent from the piece entirely — is irrelevant. A working thesis would destroy the fun. Coherent paragraphs miss the point. What matters is the pleasant delusion of writing Something Big. What matters is that shining moment in which the bum (see: essayist, or liturgist) feels important enough to have a Wikipedia page. 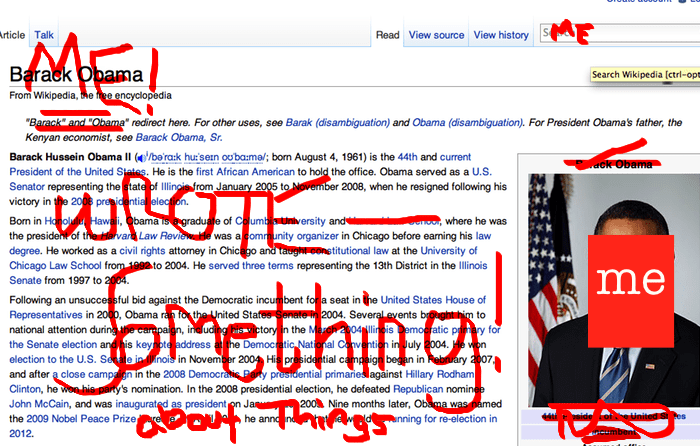 I bring this up only to defend the fact that I intend to defend Things, fully aware that I’m in over my head, and that I’ll probably just rip off Chesterton at the end of all this and pass it off as an original thought.

Now then. This dire need for a rousing defense of Things was set off by something very concrete: A certain New Age group proudly asserting themselves as an “ever-evolving” religion. My reaction to reading this superlative was to choke with laughter. I then had to seriously asess my reaction. What, after all, is wrong with an ever-evolving religion? Let’s break it down:

What is a religion? A religion is, at its most fundamental level, a series of beliefs. Very well. What, then, is evolution? Evolution is, generally speaking, the process by which one thing becomes another — by which a microbe becomes a man, a democracy a fascist state, (or a Pikachu a Raichu (or your Gameboy to a pile of broken scraps following the revelation that you idiotically let your Pikachu evolve into a Raichu. (OK, not quite evolution, but Raichu still sucks.)))

Ahem. What then, is an ever-evolving religion? An ever-evolving religion, taken at its word, is a series of beliefs forever changing into other beliefs. Now I may be wrong here, but I’ll nevertheless stake my claim: A belief forever changing negates itself. One cannot hold an ever-changing conviction that something is true, or else it is by definition not conviction. It is a non-Thing.

If you were to say “I am a square forever becoming a circle”, one thing is absolutely certain — you’re not a square. Similarly, if you were to say that “Our ever-evolving religion holds that God(s) should be referred to as She as often as He,” one thing is absolutely certain: Your religion does not hold the belief that God(s) should be equally referred to as She. It holds the conviction that God should be referred to as a She, which is forever changing into another conviction, and therefore isn’t a conviction at all.

Not to say I believe these New Agers think this, or that they’re deliberately negating their beliefs. They’re more than likely just trying to be all hip and non-dogmatic (a dogma in itself, of course). But by their own flatteringly modern definition, they’ve unwittingly staked themselves as a non-Thing, saying: “We hold beliefs that by their nature cannot be held.” “We believe in things that are becoming what they aren’t.” In short, “We believe in Nothing.” 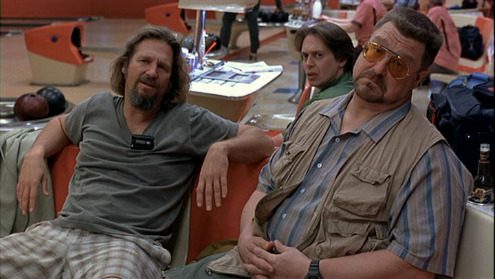 And this is what made me choke. The problem — or the genius — of rallying around a non-Thing is that it can never be criticized. How is a man supposed to take into intellectual consideration a series of beliefs that are ever-evolving? He cannot, no more than he can grasp the wind.

Thus I hereby unabashedly promote and defend Things. Things idiotic and brilliant, dull and shiny, (even good and evil, for I would rather have an evil Thing that can be demolished than an “ever-evolving” evil that grows like an evasive, indefinable and incurable cancer.)

(Oh Lord, Isengard has been unleashed): I hereby spit upon (and I did spit) the use of non-Things, like that awful term “I feel like,” which never precedes a statement of feeling, but always seems to precede a statement of belief, a belief negated and non-Thinged by the absurd claim that it is in fact a feeling! And Open Marriages! A marriage is specifically and at the very, very least a commitment. To “open it” is to rid it of commitment. Thus we are left with a commit-less commitment, to which I shout “Principle of non-contradiction! Open Marriages aren’t Things!” Neither, therefore, are Open Relationships, and I don’t care if they’re an option on Facebook! And the modern use of the word Progress, forget that too! To say an idea is progressive is to say that it is moving in a direction, which makes it a moving (changing) idea which means it’s not a damn idea at all! As Chesterton said ‘”progress” is simply a comparative of which we have not settled the superlative. We meet every ideal of religion, patriotism, beauty, or brute pleasure with the alternative ideal of progress–that is to say, we meet every proposal of getting something that we know about, with an alternative proposal of getting a great deal more of nobody knows what.”

Alright, I need to take a break from the coffee. Seriously though, and for the love of all that is true, good and beautiful, I want Things. I want a religion that makes absurd, dogmatic claims for me to reject or accept, for I’d rather be wrong in an existing belief then floundering with a non-existent one. Thankfully, I’ve got that.

This post is dedicated to my good friend Ryan Adams, a fellow blogger and Byzantine in the habit of screaming THESE ARE NOT THINGS in the midst of our conversations. If there are any non-Things you are sick of being treated as things, now is the time to voice your concern. If you’re merely concerned about my health, don’t worry, I’m going to go take a nap.