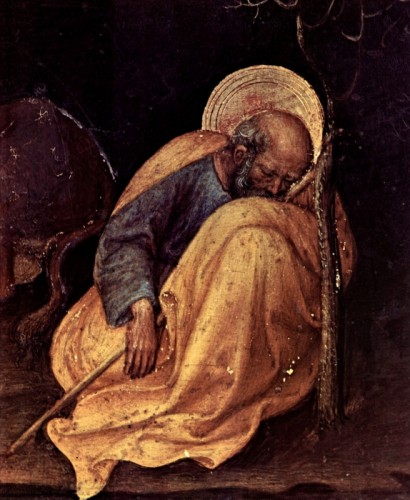 Why is it that we continue to cruelly twist Matthew’s and Luke’s stories of the birth of Jesus by forcing both his parents to spend their lives without the joy, blessing, comfort and delight of sex?

Why has sexual self-denial been written into Mary and Joseph’s consent to work with the Angel of God, making their consent, instead of active cooperation, bondage in abstinent humiliation?

And what kind of God is this, who cannot live in the presence of human sexuality?  The earthy, passionate God who loved flesh so much he made innumerable creatures, all with sex lives, made and loves us, sex and all. But this warm and passionate God has been replaced by a mean-spirited Jehovah who despises the world of the flesh.

This is not the God of whom Mary sings in her Magnificat,
My soul magnifies the Lord, who has looked with favor on the lowliness of his servant . . . and has filled the hungry with good things . . .”

It is the rich and the powerful against whom God takes aim, not the lusty and passionate. It is the poor and lowly God sends Jesus to raise, not the abstemious and the pious.

Jesus took continual potshots against the pious, and is chastised by some for failing to be abstemious. Look at the company he keeps, they said, and pointed out the prostitutes who were his friends. And look how he eats and drinks and parties, they added. Jesus rejected the abstemious laws of the pious, and was often impious himself. Why on earth do we imagine (I use the term deliberately) that he never had sex?

This history is very much part of our misunderstanding of Joseph. And Mary.

But before turning to history, think a little more about Joseph. He is a carpenter, engaged to Mary, when the Angel comes along.

According to Matthew, when Joseph finds out she is pregnant he is troubled. But after some thought, and some assurance from the Angel, he decides to marry her anyway.

All the more reason to think he held her, kissed her, made love to her.

Any couple who has children knows that abstinence from sex is not a requirement of pregnancy, so why do we not assume they enjoyed the pleasures of their marriage bed?

Why do we not imagine Joseph lifting her from the donkey (not a biblical detail, I know, but it is hard to imagine a woman walking forty five miles in her ninth month of pregnancy, so we all love the donkey).

And why do we not rejoice to think that in Bethlehem’s stable Joseph acted as her midwife, coaching her, cleaning up the afterbirth, washing her, wrapping her and the Child?

The muscular mercy of Joseph, a man who loves a woman so much he high-tails it to Egypt to save her Child and supports his family there for two years, has been lost in rendering him apart from each other’s other’s bodily embrace, apart from everything earthy.

Why do we fail to remember the gospels telling us Jesus had many brothers and sisters and his brother James was among his disciples?

When the early church became enmeshed in non-biblical theology of abstinence as virtue and sex as sin, Jesus’ brothers and sisters began to be interpreted as step-brothers and step-sisters, children of Joseph’s former marriage. Joseph came to be seen as a widower, an old man. Paintings appeared in which he looked ancient, sitting sobbing on the floor next to Mary, sobbing because this was not his child and sex was forbidden.

For a few centuries the Baby Jesus was painted as a scrawny preemie, to support the false notion that Mary’s hymen was never broken.

Augustine’s theological doctrine of Original Sin has a history filled with political intrigue, the buying of votes in church councils, bribes, threats and chicanery.

The best book describing this is Adam, Eve, and the Serpent: Sex and Politics in Early Christianity, by Princeton professor Elaine Pagels.

There’s so much you never knew. Augustine of Hippo based this on his own life and unresolved things he felt guilty about.

The son of a pagan father and Christian mother, he had spent years in brothels, and came to consider himself a sexual addict who was powerless before women. He believed all men were unable to control their desires, and all women could use their sexuality to manipulate men.

Eve, he wrote, was the root of evil, and we are infected by her bite-of-the-apple sin, so grievous it changed our human DNA.

Other theologians, particularly the Orthodox, thought Augustine was bonkers, pointing out that this is not the biblical story at all. The fight went on for five decades. No holds were barred. Augustine slandered his opponents, and made sure the Pope heard his slander. He used bribes – knowing the Pope’s fondness for horses he presented him with the finest Arabian steeds, while asking the Pope’s support his ‘doctrine’.

Augustine got one of his opponents transferred to the hinterlands of eastern Europe, from which it was nearly impossible to be present for Vatican meetings. He got another opponent, the English theologian Pelagius, declared a heretic, and removed from the conversation altogether.

In the end Augustine outlived his opposition, and when he prevailed the Eden story was changed, ending now with Eve and Adam’s banishment, where the real end of the Eden story had been and still should end with Cain killing Abel. Here, according to Genesis, real evil first appears. But this became a leftover detail attached to nothing, in a Church in which sex, not murder, is the ultimate sin. 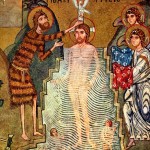 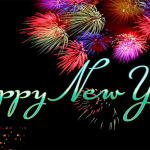 January 1, 2017 The Devilish Waters of 2017
Recent Comments
0 | Leave a Comment
"Yes, he was Minority leader at the time, not Speaker. Thank you."
Martin W. Eldred It’s Pentecost – and Something Is ..."
"Conventional religion doesn't give Mary nearly enough attention; nor Ruth, nor Elizabeth, nor the Saints ..."
Emily Elizabeth Windsor-Cragg No More Lying About Mary
"Nancy - what happened to you? You've all but disappeared?"
Pat Pickett Easter and the Bandit Shepherd
"There is more than one way to interpret the writings of the Bible, just because ..."
Mary-Anne Lomas No More Lying About Mary
Browse Our Archives
get the latest from
Progressive Christian
Sign up for our newsletter
POPULAR AT PATHEOS Progressive Christian
1