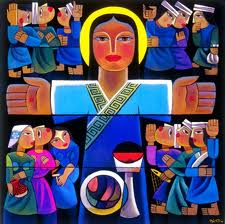 I thought I could not

go any closer to grief

and I did not die.

had His hands in this,

as well as friends.

Still, I was bent

as the poet said,

was nowhere to be found. 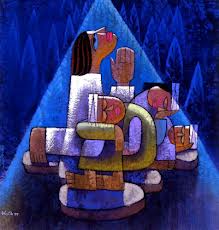 Then said my friend Daniel

(brave even among lions),

“It’s not the weight you carry

but how you carry it –

it’s all in the way

you embrace it, balance it, carry it

when you cannot and would not,

— by Mary Oliver, in Thirst

The days darken swiftly now, the harvest is over, and the beginning of days which bring in Christmas rushes in.  In the cycle of Christian readings, the death of Christ comes round again, as his Reign.

Year C ends on the cross.   Year B ended in the Last Judgment.  And Year A will end in the argument Pilate has with Jesus, in which Jesus says his kingdom is not of this world.  All three describe the Reign of Christ. 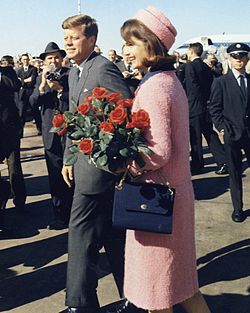 This November has been a month for remembering terrible deaths. The assassination of President Kennedy happened fifty years ago on Nov. 22.  The too-brief candle of his presidency,  likened to Camelot  for the youthful beauty of Jack and Jackie, and the dreams and visions they fed the nation, now constantly feed the resurrection of our interest in him.

A lone mad man did it, was the verdict on JFK’s death, and because there were so many rumors of conspiracies, a Commission was set up to study all the evidence for a year, and it confirmed the lone mad man.

Since then, the lone mad man has become our answer to every evil act.  The assassinations of Martin Luther King Jr, Bobby Kennedy, and an unrelenting succession of mass slayings on college campuses, in high schools,  first grade classrooms, Ft. Hood, a movie theater in Colorado, and the Boston marathon, have all been declared to have been done by lone mad men or by a lone pair of them.

Perhaps this isn’t surprising, since Christians have been working on the madman theory about who killed Jesus for two thousand years.  The finger swings around a bit, from the High Priest to Herod to the crowd at Pilate’s porch, but more recently scholars have pointed out that Pilate was certainly a grisly character and had the authority to act alone.  Some have said we are all implicated, and some have limited that to all Jews, who have suffered horribly as a result. 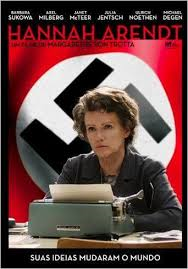 And this is where I think Hannah Arendt has something important to say.  Arendt, born in Germany, and a Jew, was highly educated.  She moved to Paris, was sent to a concentration camp in France, survived, and with her husband, who was German and not a Jew, but a socialist so still in trouble, came to America.  Hannah Arendt taught in New York City at the New School.  And when Adolf Eichmann, a leading Nazi figure and overseer of the death camps, was arrested and taken to Israel for trial in the early 1950s, Hannah Arendt became the reporter covering the trial for The New Yorker Magazine.

Eichmann was internationally regarded as an unfeeling monster man.  Though he was no lone actor, Eichmann was seen as part of a circle of monsters who overran the world with evil.  Arendt challenged this, claiming Eichmann, whom she had watched testify for weeks, was an ordinary man, with ordinary feelings, but incapable of thinking about the morality of his actions.  Arendt made the point that evil is ordinary and banal, not extraordinary or radical.  It is the ordinariness of evil, the way in which it crops up in unthinking decisions, that is the root we all need to be continually looking for, she wrote.  Only good, she said, can be both ordinary and extraordinary.

Her opponents wanted  to see WW2 as Great Evil overcome by Holy Good.  And they wanted to judge Eichmann as the encapsulation of evil, such that the world, once rid of him, would be good again.   Arendt insisted that we must all be involved in discerning the 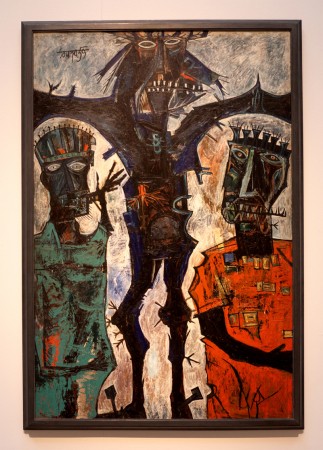 Jackie Kennedy’s remodeling of the White House, which had been known as ‘the old pile’ in design circles, held the cameras, but so did the bus boycotts of the Civil Rights Era, and so did Jack Kennedy’s sending in the National Guard, offering black people some protection from the flagrant abuses of their rights of access to publicly funded institutions like schools.

These visions of a new America were at that time not of this world, and were met with joy but also with rage.  For some that rage was fueled by their anger that a Roman Catholic was in the White House.  It may be that President Kennedy, by enduring persecution for his religion, was able to empathize with black Americans.  And it may also be that the rage, seething in the press and on the streets in the south, created an atmosphere where  a mad man felt permission and even encouragement to murder.

Our mad American murderers may not be able to think about the morality of their actions, but they can feel the hate around them, for they are not encapsulated, they are part of the culture, the atmosphere we are making every day.

Jesus pushes us to see that his unjust death is not a Spectacular Evil.  It is ordinary and banal, and exists in an atmosphere of smoldering resentments and hair-trigger responses.  The extraordinary good that comes from his death is because of how he carried it, embraced it, balanced it, would not put it down.  So the question for us is not who should we blame for his wrongful death, but how can we help to carry and embrace and balance what is wrongful in this world, so that we can infuse good into our days.

2. In the Garden, by He Qi.  Nanqing, China.  Vanderbilt Divinity School Library, Art in the Christian Tradition.

6.   Crucifixion, 1959, by F.N.Souza, At the heart of Souza’s Crucifixion is the body of Christ transformed through suffering. Souza was born in the Catholic province of Goa in India. In the 1950s, he was among the first of the post-Independence generation of Indian artists to establish a career in Britain. His depiction of the agonized black Christ addresses his own feelings of religious conflict, as well as cultural tensions between black and white, Christian and non-Christian, colonized and colonizing societies.  From Vanderbilt Divinity School Library, Art in the Christian Tradition.

November 25, 2013 The Great Wheel of the Year
Recent Comments
6 Comments | Leave a Comment
"Yes, he was Minority leader at the time, not Speaker. Thank you."
Martin W. Eldred It’s Pentecost – and Something Is ..."
"Conventional religion doesn't give Mary nearly enough attention; nor Ruth, nor Elizabeth, nor the Saints ..."
Emily Elizabeth Windsor-Cragg No More Lying About Mary
"Nancy - what happened to you? You've all but disappeared?"
Pat Pickett Easter and the Bandit Shepherd
"There is more than one way to interpret the writings of the Bible, just because ..."
Mary-Anne Lomas No More Lying About Mary
Browse Our Archives
get the latest from
Progressive Christian
Sign up for our newsletter
POPULAR AT PATHEOS Progressive Christian
1