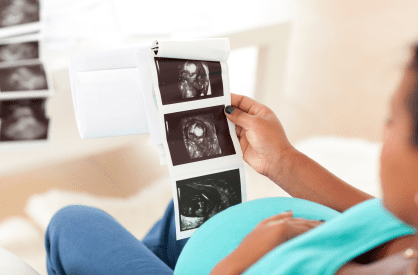 Unless you’ve been living under a rock, you know that Princess Kate Middleton is pregnant!   Writers and celebrities have written about her severe morning sickness, speculated on the chances of her having twins, and congratulated the young royal couple.

What’s interesting to me is that so far I haven’t heard anyone congratulate Prince William and Princess Kate on their “blob of tissue” or “clump of cells” or “fetus;” no, everyone seems to acknowledge that they are expecting a baby, even though Kate is less than 12 weeks pregnant.  This is odd, because many of these people are liberal reporters and celebrities who refuse to acknowledge that life begins at conception and consequently promote abortion rights.

Over at LifeNews.com, Steven Ertelt points this out:

Abortion activists are reluctant to recognize the humanity of the unborn child, but the liberal news web site Gawker did just that today. “CONFIRMED: THERE IS A HUMAN BEING GROWING INSIDE KATE MIDDLETON #baby #baby #baby” it tweeted.

It said: “For once, Gawker is right. A zygote conceived from human sperm and eggs is a human being, not merely a “blob” or a “bunch of cells” or “potential human life.” At this stage of pregnancy, the baby’s heart has begun to beat and, by six weeks, brainwaves will be present.”

As with any pregnancy, we should take this opportunity to celebrate the gift of life, remind people that life begins at conception, and make sure every child is welcomed.  And let’s all remember to pray for Princess Kate as she and Prince William embark on this new and exciting journey!

December 10, 2012 What Keeps Me Going This Week: Proverbs 17:17
Recent Comments
49 Comments | Leave a Comment
Browse Our Archives
get the latest from
Politics Red
Sign up for our newsletter
POPULAR AT PATHEOS Politics Red
1