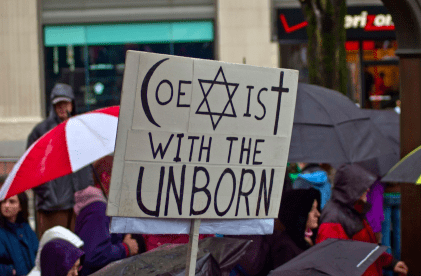 Many people are beginning to question their pro-choice positions.  In fact, with new medical technology, even people who identify as Democrats are becoming more pro-life.  Over on The Homeschool Chronicles, Tara Edelschick describes herself as “a feminist who is against the death penalty, voted for Ralph Nader every time that was an option, and supported Obama in each of the last two elections.”  In fact, she doesn’t call herself pro-life. But here’s part of a blog post she wrote about an abortion she had in college…  and how her Christianity gave her  a change of heart on the matter:

I wrote yesterday that I had an abortion in college, so you might wonder if I came to my anti-choice stance because of the horrors of abortion that I experienced first hand.  But that’s not how I experienced it.  I have heard and read the stories of many women who have had abortions, women who were physically, emotionally and/or spiritually traumatized by the experience.  Their anti-choice position was borne from their experience.  Mine wasn’t.

I didn’t experience the abortion as traumatic.  Perhaps you think I should have.  Maybe you think I’m cold, or emotionally cut off from the horror of what I did.  And perhaps you are right.  But that simply wasn’t my experience.  I was nineteen and I didn’t want to be pregnant.  I had no sense that the decision was anyone but my own.  I had no desire to be a mother at that point, didn’t want to disappoint my parents, and didn’t want to take a semester off to have a baby and give it up for adoption.  So I had an abortion.  I missed a day of class, went home, had dinner, went to bed, and got up the next day like nothing happened.  And I never had another moment’s regret about it.  That’s my story.

Years later, though, I found myself weeping.  Not because I missed my baby.  I didn’t.  And not because I felt bad that I had robbed a child of life or a family of a child to adopt.  I didn’t.  I was weeping because I felt for the first time the deep selfishness that controlled my life.  I had been a Christian for two years, and was in my room praying, when out of nowhere I felt a deep sense of remorse.  I was aware, for the first time, that I had never once asked God what he might have wanted of that child.  I had never once considered that my body was not mine to do with as I pleased.  That the zygote/fetus/baby (call it what you will) living and growing inside my body might not be mine to dispose of as I chose was utterly shocking.  I was weeping because I became aware for the first time that my life had a claim on it, a claim I had not acknowledged.

It’s as though I realized that I had killed not my child, because the truth is that I felt no connection to that child, but God’s child – and I had a deep connection to God.  What if I had stolen one of God’s children?  How would I feel if I had accidentally run over and killed a friend’s child?  Of course I would feel sad about the child who died.  But I would also feel awful that I taken my friend’s baby away.  How would I feel if I had gotten drunk and hit a pregnant woman while driving my car, after which she miscarried?  That’s how I felt about having killed God’s baby.

Now that might sound like sentimental crap to you.  Especially if you don’t believe in God.  Or if your understanding of God is less personal than mine.  But that experience started me down a path that led me to decide that, in general, women should not be able to choose to end their pregnancies.

It’s crazy (and a little sad) how her feelings about abortion didn’t stop her from supporting the most pro-abortion President in history.  But, I’m thrilled people of all political persuasions are coming to see the value of life.

Thanks, Tara, for sharing your thoughts and experiences! 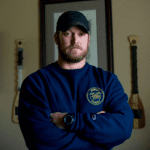 February 4, 2013 Remembering Chris Kyle
Recent Comments
27 Comments | Leave a Comment
"Charges ? ? ? That's Funny.... Bottom Feeder Down ..."
Rickey Douglas Love How Else Was ‘He Gonna Get ..."
"Thank God they are getting help and being saved now.Thank you, President Obama!"
cant_believe_it The Massacre of Christians in Iraq: ..."
"Paying for praying - only hypocritical, greedy, materialistic Pharisees would whine that the restaurant gave ..."
cant_believe_it Restaurant Stops “Prayer Discounts” after Atheists ..."
"Her "belief" in this discount goes against our laws. That is why she was threatened ..."
Cvb Restaurant Stops “Prayer Discounts” after Atheists ..."
Browse Our Archives
Follow Us!