Two U.S. Children Are in Prison in Sudan – What Will the President Do? 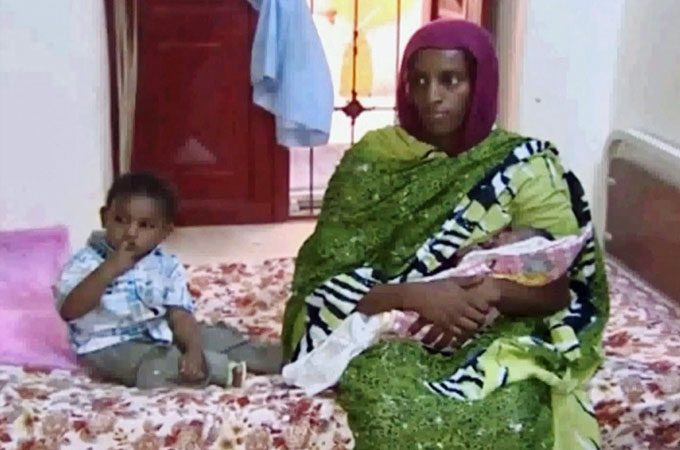 I recently wrote about a pregnant woman in Sudan scheduled to be killed because of her Christian faith. The Sudanese authorities gave Meriam Ibrahim a chance to escape death.  All she had to do was convert to Islam.  Showing amazing courage, she wouldn’t.

Last week, she gave birth to her baby.  Now, she’s in a prison, awaiting death, with her son and newborn.  The Sudanese are going to let her nurse her baby  for two years before killing her.

Guess what?  She is married to an American.  Yesterday, the State Department acknowledged Meriam’s husband is a U.S. citizen. That means, under U.S. law, his children are American citizens, but the Obama State Department won’t say so.

How can they possibly ignore this?

Sudan doesn’t recognize her marriage.  Under Shariah law, they consider it null and void because she married an American Christian.

But we don’t live under Shariah law, Mister President.

Pray for this momma as she spends her days in a prison with her children.  I can’t even imagine what her days are like.  Also, join with over 300,000 other people who have signed a petition to tell the State Department to follow American laws and help save these children held abroad. SIGN HERE.