I’m 100% sure God is NOT going to bless the largest provider of abortions in the nation.  Planned Parenthood is literally murdering precious children as God knits them together in their mothers’ wombs!

In the video, Obama also says,

I’m also so sick of hearing liberals, including our President, say that by supporting abortion you are supporting women.  That is just not true!  By teaching mothers that it is ok to murder their unborn babies, we are not supporting women, we are dehumanizing them!

Abortion kills twice. It kills the body of the baby and it kills the conscience of the mother. Abortion is profoundly anti-women. Three quarters of its victims are women: Half the babies and all the mothers.

Support Planned Parenthood’s evils if you want, Mr. President, but leave God out of it! 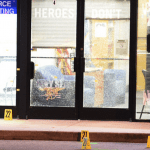 July 22, 2015
Let’s Take Social Media Back From Terrorists!
Next Post 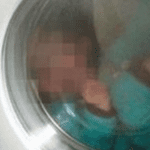 July 24, 2015 A Child with Down Syndrome in a Washing Machine? Not Funny.
Browse Our Archives
Related posts from Bristol Palin