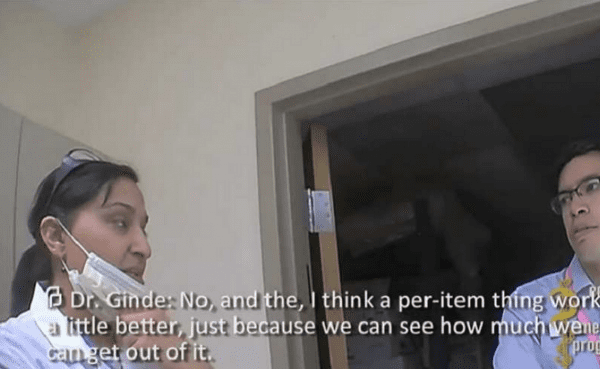 Yet another video has been released today which further confirms that Planned Parenthood is selling dead baby parts!

Allegations that Planned Parenthood harvests and sells aborted babies’ organs and tissue for a profit have been bolstered with the release of a third undercover video released this morning, showing another of the organization’s top leaders appearing to admit to an illegal profit motive. […]

“I think a per-item thing works a little better, just because we can see how much we can get out of it,” Dr. Sinde says of the aborted baby.

After the investigator sifts through and identifies several fetal parts, which he says would net Planned Parenthood $200 to $300 compensation, a medical assistant jokes, “Five stars.”

You can watch the full video here.  Warning — it made me SICK to watch.

So sickening! As the evidence mounts against them, Planned Parenthood’s President Cecile Richards has been scrambling to try to divert our attention away from the content of the videos.

They have even hired a Far Left public relations firm to try to cover up their mess, and have sent threatening press releases to media outlets warning them not to show the videos.

But it is not going to work!  These videos expose what Planned Parenthood and pro-abortion advocates really do- murder unborn babies and then sell their body parts for profit. And the more evidence we see (its rumored that their may be up to 10 more videos), the more Planned Parenthood won’t be able to deny it anymore. The truth always comes out!

And now that the truth is out about Planned Parenthood, it is time we demand that our federal government stops funding them once and for all! 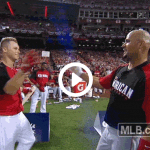 July 29, 2015 The Sweetest Moment of This Year’s Home Run Derby
Browse Our Archives
Follow Us!