It’s official. I used to use this blog to point out how liberals use the “outrage industry” to manipulate people and keep their power. Now Republicans are just as bad.

By now you’ve undoubtedly heard that there’s a guy named Erick Erickson, of RedState, who disinvited Donald Trump from a gathering  of conservatives because, as he put it, “there are even lines blunt talkers and unprofessional politicians should not cross. Decency is one of those lines.”

Want to learn some “lessons in sexual and political decency” from Erickson?  Here are three:

1.  Erickson’s RedState once used a demeaning fake photo (wearing a revealing shirt with Santa Claus) of my Mom for an attack article on her.  Erickson refused to take it down even after he was made aware that it was photoshopped.

2.  He once called Supreme Court justice David Souter “the only goat fucking child molester to ever serve on the Supreme Court.”

I don’t endorse everything Donald Trump says or does… Mainly because I actually have to work for a living and I don’t pay as much attention to politics as professional pundits.  But I know that I hate the “politics of outrage” that people engage in.

Give me a break.

We only have so many opportunities to hear from the fifty million candidates who are apparently running for President.  And we get the Fox moderators asking questions that the New York Times applauds?  Please.  Let’s don’t use the Democratic “war on women” talking points when we have ISIS to worry about.

Mark Levin said the debates were an “embarrassment as far as I’m concerned… while the New York Times and CNN praised the event, I considered it an exploitation of the process, which is supposed to inform the American people. Not gotcha questions, not gossip… I think the American people are owed an apology.

Oh and before we get off the topic of Fox News and the fact that they are “oh-so-shocked” at the supposed sexism of Donald Trump…  here’s a little perspective.

Back in 2010, Chris Wallace joked about having my Mom sit on his lap during an interview.  In 2011, Roger Ailes said, “I hired Sarah Palin because she was hot and got ratings.”

Fox and Erickson need to get off their high horse on how outraged they are NOW about sexism and decency.

Let’s focus on winning the election, not winning accolades from the New York Times. 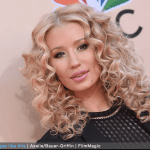 August 7, 2015
Iggy Azalea’s Take on Her Plastic Surgery is an Important Message for Young Girls
Next Post 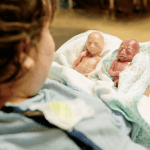