Texas Defunds Planned Parenthood!!! Alaska, You Should Be Next!

Texas Defunds Planned Parenthood!!! Alaska, You Should Be Next! October 20, 2015 Bristol Palin

Great news out of Texas today!  They just announced that no more state Medicaid funding will go to Planned Parenthood!

In a letter to Planned Parenthood clinics statewide, Texas health officials said that all funding from Medicaid, the government healthcare program for the poor, was being cut because of what it characterized as program violations captured on the videos.

“The gruesome harvesting of baby body parts by Planned Parenthood will not be allowed in Texas and the barbaric practice must be brought to an end,” Governor Greg Abbott said in a statement.

Abott is one of several Republican governors who have moved to strip the organization’s funding since an anti-abortion group released the secretly recorded videos last summer about how Planned Parenthood handles the tissue of aborted fetuses used for medical research.

There is no reason that an organization that has proven itself so untrustworthy and that has based its business around the murder of innocent babies should be receiving tax-payer dollars.  Yet, Planned Parenthood has rallied its friends in the media, in Hollywood and in the White House to try to deflect our attention from the truth.

It is so refreshing to see state’s standing up for life and refusing to be bullied by Planned Parenthood and all of their allies!  I hope that my state follows suit soon!

October 19, 2015
"Armor of Light" - One Sided Propaganda about Misguided Preacher by Pro-Abortion Producer
Next Post 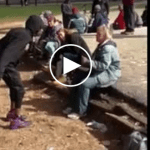 October 21, 2015 Man Punches Homeless Woman in the Face, Knocks Her Out, Posts it to Facebook
Browse Our Archives
get the latest from
Politics Red
Sign up for our newsletter
POPULAR AT PATHEOS Politics Red
1