The Government is Paying for 10 Year Olds to Get Implanted Birth Control?!?!

The Government is Paying for 10 Year Olds to Get Implanted Birth Control?!?! October 7, 2015 Bristol Palin 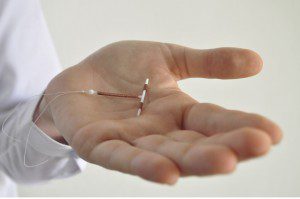 Do you remember what it was like to be a 10 year old?  I remember being an unabashed tomboy concerned with playing outside and acing 5th grade.

But life isn’t so innocent and carefree for some 10 years old in Washington State.  This summer a report came out claiming that some schools in Washington were giving free birth control implants to children as young as 10 years old!  These birth control devices are implanted in a girl’s uterus, and all of this can be done without a parent’s consent!

And now a public records request by Judicial Watch has confirmed the details of what is happening in Washington.

JW filed a public records request with the Washington Health Care Authority after reading a disturbing article in a pro-life news site over the summer about a Seattle high school that offers different forms of birth control without parental knowledge or consent. This includes implanting an intrauterine device (IUD) in a girl’s uterus free of cost. It’s part of an initiative offered by Medicaid, the joint federal and state insurance program for the poor. The article points out the irony that a teen in Seattle can’t get a sugary soft drink in high school but can have a device implanted into her uterus.

The data obtained by JW reflect increasing numbers of kids in all age groups receiving these birth control implants from 2013 to 2014. Figures can’t be compared for 2015 because the full year’s data is not yet available, but the records show that in 2014 and at least part of 2015, girls as young as 10 received the implants. The largest group of minors that got the birth control implants was 17 years old, according to the data, but girls much younger also received them. Four 11-year-olds got birth control from the state during the 2 ½- year period and so did more than 100 girls between the ages of 12 and 13. The numbers go up as the girls get older with 364 girls age 14 getting the implants and 744 15-year-olds. The records show that 2,336 girls ages 16 to 17 were given implants during this period.

It is crazy that the government is offering a controversial form of birth control that can have serious life-long side effects to 10-year-old CHILDREN, but then to do all of this behind a parent’s back is simply outrageous! 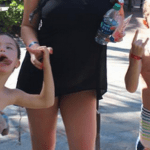 October 7, 2015
I'm 7 Months Pregnant and Having the Best Time with These Two!
Next Post 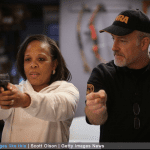 October 8, 2015 The 2nd Amendment is in Danger of Being Repealed! Read Why.
Browse Our Archives
get the latest from
Politics Red
Sign up for our newsletter
POPULAR AT PATHEOS Politics Red
1