The 2nd Amendment is in Danger of Being Repealed! Read Why.

The 2nd Amendment is in Danger of Being Repealed! Read Why. October 8, 2015 Bristol Palin

One of our most fundamental rights as American citizens is the right to bare arms and protect ourselves and our families.  All across our great nation, millions of Americans support and exercise this right.

But is the 2nd Amendment in danger of being repealed by our liberal justices on the Supreme Court?

Constitutional Scholar and Army Veteran, David French certainly thinks so.  In his National Review column, he explains why the Supreme Court’s decision in the same-sex marriage case this summer could lead to the erosion of the 2nd Amendment.

But if the Supreme Court’s decision in Obergefell v. Hodges teaches us anything, it’s that the age of judicial supremacy means that five justices can amend the Constitution far more efficiently than Congress and the state legislatures. And right now there are clearly four Supreme Court justices who are committed to the absurd view that the operative clause of the Second Amendment — “the right of the people to keep and bear Arms, shall not be infringed” — doesn’t actually mean “the right of the people” and therefore doesn’t encompass an individual right to own a weapon, even for self-defense. This view defies history yet is received, conventional wisdom on the judicial Left, in much the same way that it’s received, conventional wisdom that the Constitution actually protects rights to abortion and gay marriage.

It is certain that the next Democratic nominee for the Supreme Court will adopt that same ahistorical view, and if that nominee replaces, for example, Justice Kennedy or Justice Scalia, then the five-justice majority in District of Columbia v. Heller will be gone. If that majority goes, then the next gun-rights case will transform the Second Amendment into nothing more than a historical artifact of the era when the militia consisted of able-bodied men with muskets over their mantles.

But how do we stop this from happening?  David says it may all come down to the 2016 presidential election.

The 2016 election is vitally important on a number of fronts, but few Americans realize that the combination of judicial supremacy and the modern regulatory state can essentially repeal the Second Amendment and systematically roll back gun rights without a single act of Congress. Hillary Clinton has vowed to use executive action to roll back gun rights, and when that executive action includes not just regulatory authority but also Supreme Court nominations, American gun rights are in grave danger indeed.

Read more from David in his full article, here. 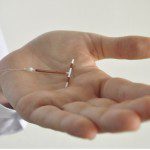 October 7, 2015
The Government is Paying for 10 Year Olds to Get Implanted Birth Control?!?!
Next Post 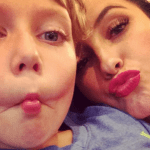 October 8, 2015 3 PHOTOS: Hanging Out with my Favorite Boys
Browse Our Archives
get the latest from
Politics Red
Sign up for our newsletter
POPULAR AT PATHEOS Politics Red
1