The False Perception That Atheism Is Science 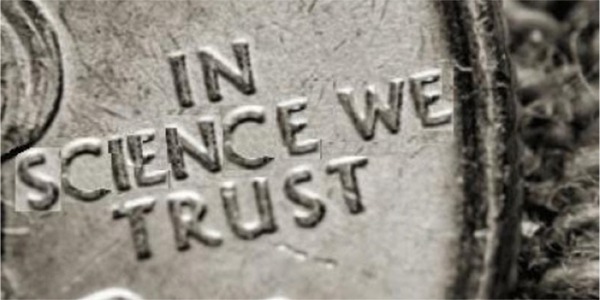 Based on comments across social media in response to yesterday’s post: “Richard Dawkins Is Right. The Rise of Nones Could Be ‘Even Worse’ Than Religion,” I must admit I was somewhat surprised how many readers seemed to assume that atheism itself somehow inoculates one with rationalism and critical thinking. I’ll leave that post to defend itself, but I want to bring to your attention an article written by Dr. Karl Giberson on Huff Post that serves as a pertinent addendum.

The piece is entitled, “Fundamentalists Think Science Is Atheism,” and while Giberson is writing from a Christian perspective, he makes some great points. I could not agree more with his opening paragraph:

“Equating science with atheism is one of the most dangerous byproducts of America’s culture wars. This strange polarization portends disaster, as the country divides into factions that cannot find common ground on the way the world operates. And it goes without saying that there will be no agreement on what should be done when scientifically significant issues need political action.”

He goes on to write about how the political climate of the United States has created the perception that there is a war between religion and science. While in the past, many believers could keep the two separate, now any embracing of science that contradicts a fundamentalist viewpoint of the Bible, is seen to be a “compromise with atheists.”

The article is definitely worth reading, and I believe it makes clear that the freethought community needs to alter our strategies somewhat. We need to be clear that atheism is simply the absence of belief in deities, and by itself, has nothing to do with skepticism or rationalism. While we should never compromise our disbelief, there is much mutual ground to be gained when scientific inquiry itself becomes our primary aim.

June 12, 2015
Richard Dawkins Is Right. The Rise of Nones Could Be "Even Worse" Than Religion
Next Post

June 14, 2015 Five Godly Things to Do With Your Kids This Sunday
Recent Comments
0 | Leave a Comment
Browse Our Archives
Related posts from Brother Richard's Life Without Faith