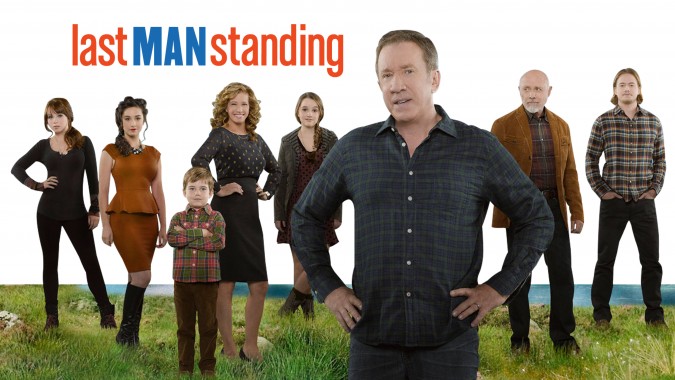 (All photos property of ABC/Disney)

ABC is home to several family-oriented sitcoms, and sometimes they integrate a little Christianity into their stories. The Heck family on “The Middle” are churchgoers (albeit dysfunctional ones) who sometimes interact with members of the clergy, like the singing youth minister Rev. Tim Tom.

In recent weeks, ABC’s Friday night comedies – “Last Man Standing” and “Cristela” – also added a little ‘God talk’ to the mix – and they did it in a way that managed to generate laughs.

First, there was Tim Allen’s show “Last Man Standing,” in which he plays Mike Baxter, a church-going conservative who works as a marketing executive at a store called Outdoor Man. Several seasons ago, the show’s writers and producers decided they wanted the series to be more like “All in the Family” in the sense that it touched on issues of the day though its characters.

That’s what happens in the episode “Three Sundays” (written by Vince Calandra and Richard Brandon Manus) where Mike butts heads with his liberal, atheist, future son-in-law Ryan (Jordan Masterson) who has started taking pictures on his truck delivery route to protest perceived injustices in various locations. He then posts the pictures to his Instagram page to gain wider attention for his causes.

One of the pictures is Ryan in front of the “Our Lady of the Rockies” statue in Butte, Montana, holding a sign that says, “These mountains already had religion.”

Ryan explains, “A group of Christians put up a 90-foot statue of the Virgin Mary. It’s in mountains sacred to Native Americans. It’s an affront.”

Mike’s employee at Outdoor Man, Kyle (Christoph Sanders), who is a sweet yet simple-minded soul, is offended.

Kyle: It’s not fair that he can say whatever he wants about Jesus and his 90 foot mom.

Mike: First Amendment, kid. Free speech – even if it’s the speech of a jackass.

Kyle: Do I have an amendment for my freedom of religion?

Mike: It’s the same one. You can practice whatever religion you want. No one can tell you any different.

That revelation prompts Kyle to tell his main boss at Outdoor Man, Ed Alzate (Hector Elizondo), that he wants Sunday’s off to go to church.

Kyle: I’ve decided I’m not coming in on Sundays anymore. It’s the Lord’s day of rest.

Ed: Yes, it’s the Lord’s day of rest. When you create the universe in six days, you can take Sunday off too.

Kyle: But I want to exercise my freedom of religion.

Ed: Where are you getting this nonsense?

Kyle: From the Constitution. And an even higher authority: Mr. B(axter).

After making Kyle’s life comically hellish for taking off Sundays, Ed reveals that he actually looks forward to him and Kyle opening the store together those quiet mornings. Ed looks at Kyle like the son he never had, and would feel the loss of not having him there. Ultimately, Ed and Kyle find a happy medium in which they both get what they want.

Ryan, on the other hand, gets suspended from his delivery job for taking his protest pictures and posting them online. Though Mike vehemently disagrees with almost all of Ryan’s political and religious positions, he still recognizes his right to express them. He gives Ryan a third option that would allow him to share his opinions publicly without fear of backlash from his employer. Mike does, however, get a bit of revenge for Ryan’s derogatory opinion of the Virgin Mary statue.

One of the strengths of “Last Man Standing” is that it manages to give valid arguments to both its liberal and conservative characters. Not each one is right all the time – and it is a comedy so laughs are paramount – but the writers ably walk the fine line of political debate that still respects the humanity of its characters. In that sense, it’s a more successful entity than the United States Congress and many online comments threads. As a viewer, I appreciate the fact that I’m not being hammered with an agenda, but rather being told an entertaining story with some implicit relevance to today’s times.

“Last Man Standing” doesn’t get much press and critics often deride it as too traditional and formulaic. I say, Bring on traditional and formulaic, so long as it’s funny. The creative forces behind the show – including veteran writers Matt Berry, Tim Doyle, Sid Youngers, Miriam Trogdon and Ed Yeager – do a great job so kudos to them for continuing to work without a lot of praise from the media. 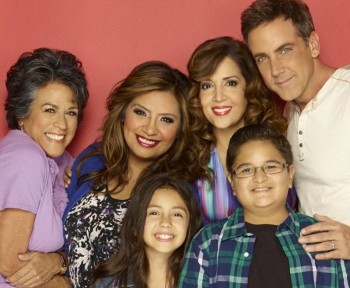 “Last Man Standing’s” Friday night neighbor is “Cristela,” currently in its first season. The show was created by former “Last Man Standing” executive producer Kevin Hench and comedienne Cristela Alonzo, making her the first Latina to create, produce, and star in a network TV sitcom. Alonzo aptly plays a character named Cristela, who is working to get her law degree at a later age than most people do because she took time off from school to help care for her sick mother.

Cristela now lives in the home of her sister, who is married with two kids, and the aforementioned mother. She also interns in a law office with a boss who’s a rich white guy that usually says inappropriate things about Mexicans.

A recent episode (written by Kay Cannon) dealt with the Confirmation of Cristela’s nephew Henry (Jacob Guenther), who asks her to be his sponsor even though she’s not exactly a regular churchgoer. Cristela’s mother Natalia (Terri Hoyos) – whose wry and dry line deliveries make her my favorite character next to Cristela herself – wonders if she can handle it because she’s “only kind of a Catholic.” But Cristela insists she will do it because she loves Henry.

Then, Cristela is asked to fulfill a work responsibility at the exact same time as Henry’s Confirmation. At first, she chooses work over family because she feels she has to get ahead in life. But the reality of what’s really important sets in and she makes it to the church on time.

Henry tells her he chose the Confirmation name Christopher because of her name, Cris. She says:

Cristela: You picked a name after me? Even though I almost didn’t make it here?

Henry: Yeah, because you always look out for me. And I know it sounds corny, but I feel safe when you’re around.

It’s a sweet moment before the family heads into church for this special occasion.

This episode doesn’t explore any deep religious issues, but it does portray a family who is committed to making the Catholic faith a part of their lives. Practicing religion is seen as normal, which it is for so many families around the country who don’t usually find themselves represented on television.

Plus, the episode included an outstanding line – again from Natalia – as Henry was running late for his own confirmation:

Natalia: Henry, for every second you make God wait, he makes you wait a year in purgatory!

On another front, “Cristela” is similar to “Last Man Standing” in that it treats its politically incorrect characters with a sense of respect.

Cristela’s boss Trent (Sam McMurray) is always making comments about “brown people,” but Cristela pokes fun at his views and manages to endear herself to him. She is dispelling stereotypes about Mexicans by making fun of them and the people who believe them – yet she doesn’t devalue her boss as a human being. She wants to bring him around to the right way of thinking by making him laugh. Laughter has been known to break down racial barriers on TV (“Sanford and Son,” “The Jeffersons”), so maybe this sitcom can do the same for ethnicity while also being entertaining.

For two episodes, “Last Man Standing” and “Cristela” inhabited the middle ground between proselytizing for Christianity and denigrating it. Hopefully more writers in Hollywood take advantage of that same wide open space. 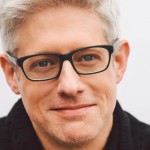 March 19, 2015
God is Looking for People Willing to Admit Their Own Frailty: An Interview with Matt Maher
Next Post 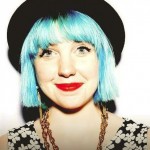 Did the Mainstream Media and Bill...
Public Catholic
Related posts from Christopher Closeup