The Empire Strikes Back: Feast of the Holy Cross

The Empire Strikes Back: Feast of the Holy Cross September 14, 2014 Artur Rosman

It’s easy to forget the Feast of the Holy Cross is a consummate Constantinian feast.

St. Helen (patron saint of archaeologists), mother of Constantine, so the story goes, found the True Cross on an expedition in 326. This was a mere year after the imperial-doctrinal consolidation at the First Ecumenical Council of Nicea that would keep Christians and the Empire together. The feast was rolled out with the dedication of the Church of the Holy Sepulcher on 13 September 334. The True Cross itself was brought into the church on 14 September 334, hence the feast. Needless to say, the possession and exhibition of this relic didn’t hurt the image of Christianity as the true religion that would solidify the Empire.

There is a small convergence between this feast and my reading of Chad Pecknold’s Christianity and Politics: A Brief Guide to the History. Professor Pecknold cites a passage about church-state relations from Hugo Rahner’s (a.k.a. “The Other Rahner” or “Brother Rahner”) classic study Church and State in Early Christianity that really struck me.

This is the Rahner original expanded to capture as of the necessary ironies of Church relations with the state as possible:

The other alternative has had even a greater historical role to play. In the Latin West, the Church, under the guidance of the Pope and her bishops, vindicated her freedom before the state. In this she was helped by a variety of external developments. Not the least of these is the fact that in the West, the Roman Empire collapsed in the fifth century, and the papacy remained the only rock of cultural unity among the states that rose in the aftermath of the invasions. It is often said that the freedom of the Western Church was built only on the ruins of the civil power; but the Church had in fact defended her freedom against Emperor Constantius and later against Byzantine despotism, which weighed heavily on Rome and the West from the sixth to the eighth century, What favored the Western Church’s victorious struggle for her freedom was, above all, the fact that in Latin culture the sense of human freedom, especially religious freedom, had deeper roots than in the East. When Ambrose, a noble Roman citizen, launched his attacks against the tyranny of an empire that threatened to enslave the Church, one can detect what E. Caspar describes as: “The freedom of a Christian and the libertas of the ancient Roman citizen fused in a single concept, which must have sounded strange to the heir of the orientalizing and despotic system of Diocletian.”

But the most important internal resource from which the Western Church drew renewed strength in her struggle for freedom was the guiding role of the papacy, growing increasingly conscious of the rights granted to it by Christ as it sought to respond to the needs of a Church basically solid but ever struggling even in a Christian empire. It is a fact grasped not only by faith but also seen in history that all the churches who wish to withdraw from the unity of the Church dogmatically first of all seek refuge with the state but soon are absorbed by the state and fall with it. As proof we can cite the Arians settled in the Germanic states of the West or the Eastern Greek church and those who seceded from her because of christological differences, whose sad remnants are still to be found in the Near East.

The following phrase from the above is something we should remember with Reformation Day coming around the corner:

It is a fact grasped not only by faith but also seen in history that all the churches who wish to withdraw from the unity of the Church dogmatically first of all seek refuge with the state but soon are absorbed by the state and fall with it.

With all that said, there are reasons for thanking Constantine for giving the Church the freedom to adopt a wide variety of philosophies to its uses as I’ve argued a while back here using the work of Polish Patristics scholar Dariusz Karlowicz.

Who said making heads of the church-state relationship was going to be easy? There’s even a recent book by a Presbyterian entitled Defending Constantine: The Twilight of an Empire and the Dawn of Christendom. Wow. How many Catholics have enough chutzpah to defend the Emperor in a scholarly volume? What’s more, if you’ll remember the glorious Gregory VII and the Investiture Controversy, sometime the church can strike back and bring the state to its knees.

On a more immediate political level: after digesting Senator (Vera?) Cruz’s striking rekindling of the church-state/empire controversy at the cost of persecuted Christian groups, I’d like to unload with a favorite Lutheran Humor video of mine:

By the by, you can read the whole of Hugo Rahner’s introduction to Church and State in Early Christianity here before you consider pulling the trigger here.

September 12, 2014
They Were Not Able to Separate the Soul From the Flesh
Next Post 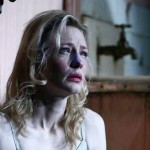 September 16, 2014 Woody Allen Considers Conversion
Recent Comments
0 | Leave a Comment
"Wait a minute, what am I missing? The host must contain some gluten, lest it ..."
RPlavo . The Surprising Anti-Capitalist Logic Behind the ..."
"Gluten intolerance is completely -- and I mean completely -- different from celiac disease. Many ..."
Bobby Lawndale The Surprising Anti-Capitalist Logic Behind the ..."
"Read Bruno's comment: #2 below your ranting comment."
Adrienne Szatkowski Michael Voris’s Stunning and Admirable Broken-Hearted ..."
"Science needs "a confession of sins and an articulate profession of faith"? Seriously?Certainly, individual scientists ..."
Elzbieta 2 Reasons Why the March for ..."
Browse Our Archives
get the latest from
Cosmos The In Lost
Sign up for our newsletter
POPULAR AT PATHEOS Catholic
1

Catholics Should Have Nothing to do...
On the Catholic Beat
Related posts from Cosmos The In Lost