The return of Holy Orthodox Russia is not a Putin miracle, because Orthodoxy isn’t rebounding, nor is it in a particularly strong position to face off against Western liberalism, because it suffers from many of the same diseases.

How silly does Patrick Buchanan look these days after pining for Putin’s Paleo-Conservative moment as a cure all for everything that ails the West? Rod Dreher was much more realistic in talking about Russia’s demographic collapse, but his hope for an Orthodox Russian revival seem far off from materializing.

First of all, Russia is a demographically diverse population, with about 20 million of its 140 million residents being Muslims (various sources). This means it has the single largest Muslim population in all of Europe. And it’s growing. Orthodoxy does not even have a statistical stranglehold over Russia.

Second, Russian fertility rates, despite Putin’s tirades against Western nihilism, prodding from the Russian Orthodox Church, state grants, medals, and Boyz II Men concerts, stands at a very low 1.5 live births per woman, but at least that’s up from an abysmal 1.1 during a few years last decade. By the way, if you remember my Catholiclandia series, then Poland, with its Prufrock-like 1.3 rate, is either undergoing an NFP revolution, or more likely, totally ignoring John Paul II’s teachings.

Third, on a more global scale, the Russian Orthodox Church, besides supporting Putin’s incursions into Georgia and the Ukraine, is not exactly a force for peace within world Orthodoxy, especially when it comes to dialogue with Catholicism. Basically, thanks to its restoration as a religious monopoly in Russia with Putin’s financial support, the Moscow Patriarchate is jostling to take over the position of primes inter pares (much like the papacy in Catholicism), which has traditionally belonged to the Ecumenical Patriarch of Constantinople, Bartholomew.

Fourth, Russian Orthodoxy is not undergoing a Renaissance in Russia. According to the slightly embarrassing Pew numbers, roughly 70% of Russians identify with the Russian Orthodox Church, but less than 10% admit to going to church at least once monthly. Perhaps even more embarrassingly, only 50% claim to believe in God.

If you’ll permit me some (more) irony, it seems Altizer was onto something Russian when he wrote his Gospel of Christian Atheism. If you want to find out more about this telling disconnect, what’s been called the “God Gap,” see Anthony Gill’s The Political Roots of Religious Liberty (it features a whole chapter on Post-Soviet Russia).

Not that this is an indication that the Soviet Plot to Kill God (as Paul Froese puts it) succeeded. The World Values Survey paints a similar disconnect in Greek Orthodoxy: 95% nominal members, slightly less than 60% believe in God, weekly (could not find monthly numbers) attendance below 15%.

I wonder whether this is an argument against the traditionalist Catholic notion that trad liturgy would have kept Jimmy Fallons of the world in the pews. After all, there was probably a reason why all those who grew up during the 50’s gobbled up and enforced the hasty reforms of the late 60’s and 70’s. In any case, I don’t believe there are silver bullets against the werewolves of faithlessness.

Finally, and I may be nitpicking here since Orthodoxy is traditionally more lax when it comes to divorce than Catholicism, but Putin divorcing his wife while in office and cavorting with Alina Kabayeva, doesn’t exactly make him look like a beacon of family values. (Not that I’m forgetting our first and only divorced president, Reagan)

In closing I’d like to gesture toward the borders of Russia again, as Odessa asks Putin to go home. This video comes to you courtesy of Anne Applebaum, author of Iron Curtain: The Crushing of Eastern Europe, 1944-1956 (See also Snyder’s The Reconstruction of Nations: Poland, Ukraine, Lithuania, Belarus, 1569–1999 if you’re interested in a historically thick account of what’s happening in the Russian “peripheries”).

March 4, 2014
Larry Chapp: Christianity is the Most Worldly Religion of All
Next Post 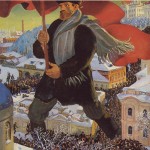 Catholic
Happy May Day (Resurrection Sunday) to the Russian...
Cosmos The In Lost 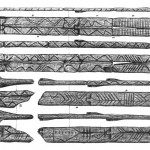 Catholic
From Russia with Idols
Cosmos The In Lost 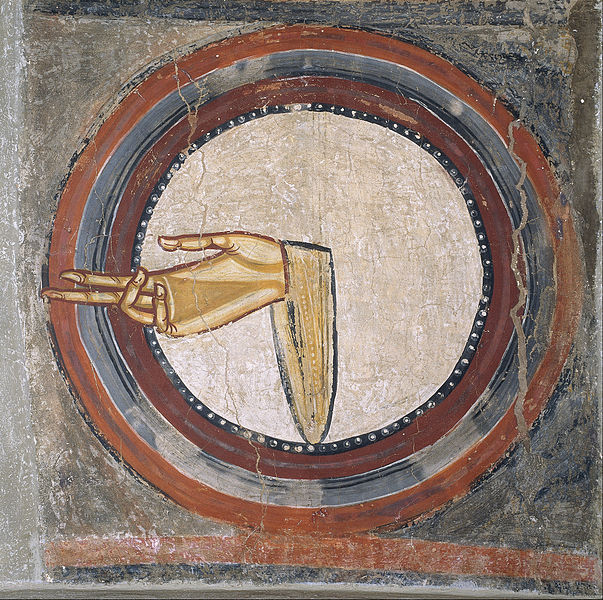 Catholic
A Pixellated-Camouflage Bible for the Deus Absconditus in...
Cosmos The In Lost 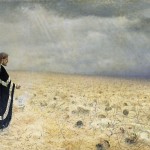