Happy May Day (Resurrection Sunday) to the Russian Orthodox!

Happy May Day (Resurrection Sunday) to the Russian Orthodox! May 1, 2016 Artur Rosman

The wonderful thing about Russia and Russian Orthodoxy is how they undermine your efforts at politically incorrect comedy. Today is the consummate Communist holiday, May Day. It’s also Resurrection Sunday in the Eastern Orthodox calendar. You might think this convergence is a great trolling opportunity for Catholics.

Before we get to the surreal contemporary Russian Orthodox stuff: I bet most of you didn’t know how American and bourgeois the holiday is, especially since Bernie Sanders gets so much flack for being un-American because he claims to be a Democratic Socialist.

The Second Communist International decided to commemorate the 4th May Chicago worker protest killings, the Haymarket Affair of 1886, on May 1st. The American protests were organized in favor of something as pedestrian and taken for granted these days as an 8-hour workday (outrage!). This simple historical fact yet again proves Slavoj Zizek’s thesis that the Communist program of the 19th century was not something nefarious necessarily leading to the Gulags, because nearly all the points of the Communist Manifesto were fully adopted by Western democracies in the 20th century. Pesky facts, I know.

Now that we’ve established May Day as a somewhat American holiday let’s go back to Soviet Russia, I mean, Putin’s Russia.

As you might remember, contemporary Russia is a unique blend of Orthodox Church revival, revanchist nationalism, and the caesaropapist cult of Putin.

The Russian Orthodox Church isn’t the only thing that’s been resurrected under the Putin regime.

The Stalinist past, despite it’s well-documented massacre of millions, is being resurrected as well. Schoolbooks have been rewritten in order to accommodate the World War II military victories and technological progress under Stalin while whitewashing his crimes against humanity. This sounds ridiculous, but it’s typically Russian and Russian Orthodox. The unique blend of religion and nationalism, what’s sometimes called The Russian Idea, makes it necessary to continually re-calibrate history in order to make it all look like a triumphant progress.

For example, today I thought I was being a smart alec by tweeting out the following, but Russian Orthodoxy foiled my lame attempts at politically incorrect comedy:

Happy May Day to all the Orthodox peeps.

Then I did some basic research in order to figure out whether my joke might be reflected by Russian reality. It is. Here’s The Telegraph’s coverage of last year’s Kremlin-sanctioned May Day celebrations:

It could be a scene from the heyday of the Soviet Union.

Over 100,000 Russians marched through Red Square this morning, waving the banners of the ruling party and proclaiming the supremacy of workers’ rights.

But the march was led not by Leonid Brezhnev, but Sergei Sobyanin – the technocratic Kremlin-backed mayor of Moscow – and the flags were not Communist red, but the blue of United Russia, Vladimir Putin’s ruling party.

And the speeches, backed by grandiose marching music, were a mixture of praise for workers’ rights and calls for patriotic mobilisation in the face of an economic down turn.

“Moscow has survived many different crises in its history, but has always emerged from them stronger and more beautiful. So it will be this time,” Mr Sobyanin told the crowd in his address.

The bizarre combination of socialist tradition, contemporary politics, and officially sanctioned entertainment is part and parcel of a revival of Soviet tradition overseen by Vladimir Putin’s Kremlin.

You might think, despite the incestuous relations between Putin and the Patriarchate of Moscow, that the Communist holiday is somehow internally segregated in the Russian mind from Easter Sunday. You’d be wrong. There is a seamless transition between the two as ABC reports from this year’s Putin-sanctioned May Day celebrations:

This year the May Day coincided with the Orthodox Easter in Russia. Communist leader Gennady Zyuganov told Russian news agencies ahead of the rally that he celebrates Easter despite the Communist party’s history of oppressing the Russian Church. When a supporter greeted him with “Christ has risen!” Zyuganov echoed “He is risen indeed!” in a traditional Orthodox greeting.

The Protestant imagination divorces God from the world abandoning the latter in the clutches of the state, the Orthodox imagination tends toward a kind of pantheism that doesn’t see the difference between the church and state, whereas, the Catholic imagination, at its best, which is not to say always and automatically, occupies the critical space between those two positions.

The problem facing contemporary Orthodoxy is that it is de facto merely a collection of nationalist churches, rather than a coherent universal communion. In turn, the advantages of papal primacy are best understood within this context, because it gives Catholicism, even if it is too frequently and easily stereotyped as potentially too unilateral and authoritarian (and it does sometimes fall into these traps in practice), a supra-national presence that allows it to operate above the ethnic demands of both governments and some of its adherents.

What you see in this comedy video exaggeration below would be a mostly verboten anomaly (as happens in Poland, for example) in Catholicism rather than the approved status quo:

I apologize for raining on your Eastern Christian theology is the greatest thing since the Ante-Nicene Fathers, but there’s an internal connection between its spirituality and politics. This uncomfortable union between church and state is something that Western boosters of Eastern theology nearly always forget to mention, but Russian artists such as the filmmaker Andrey Zvyagintsev (especially in the award-winning epic Leviathan) don’t want you to forget.

Speaking of parades, I remember watching May Day parades (and state funerals) on Polish TV when I was a child, because nothing else was playing.

I didn’t expect they would continue until today even in truncated fashion. But hey, the more things change the more they stay the same in (formerly?) Soviet Russia: 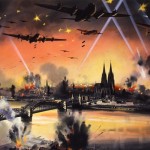 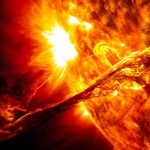 May 2, 2016 Every Human Life Begins with a (Little) Bang!
Recent Comments
0 | Leave a Comment
"Wait a minute, what am I missing? The host must contain some gluten, lest it ..."
RPlavo . The Surprising Anti-Capitalist Logic Behind the ..."
"Gluten intolerance is completely -- and I mean completely -- different from celiac disease. Many ..."
Bobby Lawndale The Surprising Anti-Capitalist Logic Behind the ..."
"Read Bruno's comment: #2 below your ranting comment."
Adrienne Szatkowski Michael Voris’s Stunning and Admirable Broken-Hearted ..."
"Science needs "a confession of sins and an articulate profession of faith"? Seriously?Certainly, individual scientists ..."
Elzbieta 2 Reasons Why the March for ..."
Browse Our Archives
get the latest from
Cosmos The In Lost
Sign up for our newsletter
POPULAR AT PATHEOS Catholic
1