Synod14: The Church Needs to Replace the Family

My unreasonable attempt at adjusting to being Mr. Mom, blogging, and job hunting (all at the same time) has prevented me from taking an in-depth look at what’s going to be considered. But if you go by the headlines then you’d think the Synod is not about the family. It is about putting bandages upon the wreckage of the nuclear family: addressing the plague of divorce, or actually making peace with it.

One is tempted to break out an annoying variation on Alasdair MacIntyre’s Whose Justice? Which Rationality? with a tiresome question such as “Whose Synod? Which Family?”

Given these emphases it seems appropriate that the Synod is taking place at the Vatican, which is nestled right in the middle of Italy. Italians are still relatively traditional because their rate of marriage failure is at around 10%. But they’re also nearly half as likely to get married now than they were in 1977. When they do get married, they’re not having children.

There is nothing strange about this if you’ve ever encountered the phenomenon of Mammoni, men who choose not to marry and have their mothers do all the work for them. If nothing else, you might praise Italian women for their good judgment.

But more seriously, the real problem, in Italy and elsewhere in traditionally Western Christian, has to do with the breakdown of the extended family. The nuclear family of wife, husband, and kids is not the traditional family, nor it is it a realistic and sustainable hub of life when both parents have to work. The raising of a solid family requires outlets and avenues of help that are not available to a nuclear family. They can only be provided by an extended family or an adequate substitute.

One of the main things that I learned from reading Kinneging’s Geography of Good and Evil is that the real breakdown of the family is not taking place right now. It took place sometime around the start of the 20th century (if I remember correctly) when the traditional extended family broke down due to economic pressures of capitalism. The mobility created by economies structured around working in factories broke up extended families and created the nuclear family, that is, what we mistakenly call the traditional family.

Before the Synod Pope Francis recently served up the usual Vatican boilerplate about the family being the basic building block of faith. This is all for the good, but not good enough.

The Church needs to pick up the slack of the extended family if it does not want the nuclear family to continue collapsing under centrifugal economic pressures.

The parish and archdiocese levels need to be reorganized around consistently providing the free services (childcare, career advice, food, and money) that would have otherwise been provided by the extended family. This would not only take pressure off of nuclear families like mine (with all the problems I talked about yesterday), but it could also give invaluable child-rearing experience to teenagers who are not usually exposed to taking care of young children, or something to do for older parishioners whose biological families live far away.

I do remember thinking something along these lines after reading Kinneging and then going to see Pia de Solenni speak at the local Newman Center. When she talked about the parish organizing in such a way that it would pretty much take over the functions of the extended family, I knew that I was onto something.

Of course doing this sort of restructuring, in effect, having the Church take up the slack created by the collapse of the extended family, will also require it to throw a lot of money at the problem.

The hierarchy will need to put its money where its mouth is. It will need to be more literal about taking the family seriously as the first school of the faith.

Otherwise, the Church will be forever marooned in talking about the plague of divorce and figuring out justifications for adopting Eastern Orthodox marriage practices.

If the latter were to happen, where would Catholic trads go? They’re always facetiously threatening to leave for Orthodoxy if drastic changes are adopted, but in this case…. 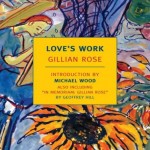 October 15, 2014 Cardinal Zen and the Art of the Hong Kong Protests
Recent Comments
0 | Leave a Comment
Browse Our Archives
Related posts from Cosmos The In Lost