Disproportionate Influence: Catholicism and the #HongKongProtests

This is the second installment of my interview with Dr. Justin Tse. It concentrates upon the Catholic Church’s complicated role in Hong Kong’s politics. A link to the first installment of this interview can be found here.

How much influence does the Catholic Church (as an institution, but also individual believers) have on what goes on in Hong Kong politics? It would seem to be a marginal player when only 5 percent of the population is Catholic.

This is a great social scientific question. Recent numbers indicate that there are about 374,000 Catholics among Hong Kong’s population of 7 million. Insignificant as that looks, the Catholic Church has historically had quite a bit of political power in Hong Kong and continues to have that power now.

To get at this question, we have to understand that the Catholic Church, along with many other Protestant denominations, had quite a bit of influence in colonial Hong Kong before 1997. Along with other religious bodies, the Catholic Church ran some of the best schools, hospitals, and charities. In 1977-8, it was a student protest against a Catholic school, the Precious Blood Golden Jubilee Girls’ Secondary School, that kicked off the major strand of the democratic tradition we are currently seeing at work. The story there is that student gatherings had been banned by a disciplinarian headmistress appointed by the new bishop, John Wu, for fear that assembled students would be leftist revolutionaries. When she suspended some students she suspected of gathering together, emerging democracy activist Szeto Wah led students and teachers to occupy the area in front of Wu’s residence for over a month. During this time, the British colonial government “sealed” the school, in effect firing the teachers and expelling the students. This revealed that the Catholic Church and the British colonial government were in cahoots. What this means is that it’s not just the population size of Catholics that has mattered most in Hong Kong, but where the Catholic Church is located on the hierarchy of elites.

Because of the new regime, there are Catholics who both work at all levels of the government, and there are Catholics who are deeply involved in the democratic protests. For example, the former Chief Executive from 2005-2012, Donald Tsang, was a devoted Catholic who went to daily Mass. The current Chief Secretary, Carrie Lam, is Catholic; she was the one who was supposed to hold talks with the student protesters but cancelled at the last minute. In some ways, you could say that the Catholic Church still reinforces the power of the government. When Donald Tsang was revealed to be sitting in a Macau casino with tycoons and Triad leaders in 2012, the current bishop of Hong Kong, John Hon Cardinal Tong, (in)famously said to the press, “Let he who is without sin cast the first stone.” In other words, he was positioning Tsang as a victim of the public mob, not as a corrupt government official who needed to be disciplined.

However, to say that the Church sides with the current regime would be incorrect. Tong’s predecessor, Joseph Cardinal Zen, remains an outspoken critic of the government. In 2002, Zen lobbied for the religious freedom of the Falun Gong, a persecuted Buddhist sect in China: “If they can do that to the Falun Gong,” he told me, “they can do it to the Catholics.” In 2003, Zen started the tradition of having an ecumenical prayer meeting before the July 1 Demonstration, a protest that brought over 500,000 Hongkongers onto the street to contest the government’s proposed abrogation of freedom of speech by attempting to pass an anti-sedition law based on Basic Law’s Article 23. The curia’s Justice and Peace Commission has also led protests for universal suffrage, migrant rights, the human rights of sex workers, and human rights abuses in China. This is balanced out with more conservative elements of the curia; for example, the marriage office has criticized moves made to legalize same-sex marriage, while the Justice and Peace Commission has lobbied for the rights of sexual minorities.

But most importantly, because the Church has been involved in running schools, hospitals, and charities, it’s looked upon as a moral authority. This was why when Cardinal Zen stepped down in 2009, he held a hunger strike against an attempt to wrest control of Catholic schools from the diocese and put power in the hands of parents and local school officials. For Zen, this was a subtle way for the Hong Kong government to take away the Church’s political power. As a critic also of the People’s Republic of China’s attempt to consecrate bishops without apostolic succession, Zen saw the school issue as contesting the political sovereignty of the Church. Couched in those geopolitical terms, you could say that even though the Church is a religious minority in terms of population size, it remains a political force that neither actively complies nor actively resists the post-1997 regime.

If this has whet your appetite then there is more at Ethika Politika. 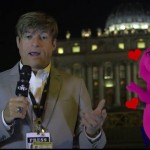 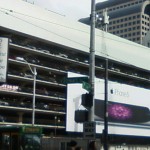