MacIntyre: What the Natural Sciences Do Not Explain

MacIntyre: What the Natural Sciences Do Not Explain November 1, 2014 Artur Rosman

I am going through a bit of a MacIntyre renaissance of late. I’ve realized the range of topics he has addresses in his writings goes far beyond the discussions of tradition and virtue in Whose Justice? Which Rationality? and After Virtue.

As you may remember reading Dependent Rational Animals was something of a revelation for me.

The following video, which obliquely picks up on themes of authority from yesterday’s post on the Reformation, might stretch your thinking to its limits as well:

There is even more on the discussion of the limits of science (as they relate to religion) in my TOP10 list on the topic. The series I wrote on Cosmos: A Spacetime Odyssey covers much the same ground in more detail. 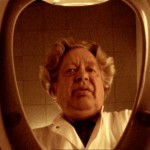 November 4, 2014 Blessed Are the Freeloaders: On the Face of the Poor
Recent Comments
0 | Leave a Comment
Browse Our Archives
get the latest updates from
Cosmos The In Lost
and the Patheos
Catholic
Channel
POPULAR AT PATHEOS Catholic
1