Blessed Are the Freeloaders: On the Face of the Poor

Blessed Are the Freeloaders: On the Face of the Poor November 4, 2014 Artur Rosman

When I started writing my latest series of posts I knew I was sticking my head out. But I assumed the best about people. I could not bring myself to write about anything else, because weakness, financial hardships tied to unemployment, childcare, are eating away at me. I figured writing about them would give me some sort of temporary release.

When life hits you with body shots like this you not only feel your stomach muscles shrinking from the pain but the rest of your being and thinking shrinks as well. What you don’t expect is that somebody will step up and volunteer to drill you with an uppercut that will drive you into the ropes and leave you sliding onto the mat.

This eventually did happen. The blogger Stephen Herreid assumed the worst about me and let it fly, calling me a freeloader. While I do not necessarily wish to give him hits through linking his blog here, I do realize that he might be going through a poverty of sorts, a poverty of traffic. Maybe there is some other  profound poverty in his life as well?

Then I will offer the traffic AND prayers.

There are lots of paradoxes in the New Testament, but none more confounding than the claim that God’s power is made perfect in weakness (a particular obsession of the mostly unknown French theologian Stanislas Breton). Grace revealed some of this power to me through the friendship of Sam Rocha yesterday. He TKO’ed me in a different way with his response to Herreid. In his post “Hatred of the Poor: Sad, Self-Loathing Poison from the Right-Wing Catholic Ghetto” he writes:

Rosman needs no defense from me. His intellectual gifts, from his academic credentials to erudition, speak for themselves. However, it was not Rosman’s mind, arguments, sources, or dry and salty wit that provoked Herreid. It is was his material poverty. It was the fact that Rosman is one of thousands of Ph.D.s in the humanities who presently cannot find work. It was because Rosman receives help, as I have, in the form of welfare, and cares for his children while his wife works. Rosman’s poverty is his sin.

I suppose Rosman should shut up about it and stop sharing his gifts online until he has joined the middle class?

I’ve written about poverty and the wage gap before without really considering myself to be poor. Poverty is something I think most of us instinctually do not want to identify with. A homeless tent city recently moved into an area about two blocks from us. Those are the people that I consider to be truly poor, but there’s always been a vague sense that I am not far from being where they are, which is why it is not very difficult to give money I don’t have to them. Sometimes they tell me their stories, sometimes they break down.

But me one of the poor? I lived in the Detroit projects when I first came to the States with my parents and sister when I was eight. That was poor.

It only hit me now that our family of five has lived on less than $2,000 as I was completing my PhD. Now we are living off of less than $1,500 as my wife works her job while I try to find employment in either academia or some office (if you have leads in the Seattle area or elsewhere in the country, please contact me… I continue my own search).

If not for my friends and blog supporters contributing extensive amounts of money, I don’t know where we’d be, even with my wife working. Just yesterday somebody anonymously left a generous gift certificate at our door. I was floored by the generosity. Being a freeloader has its moments of grace.

I’m not particularly picky. I don’t have a sense of entitlement to some high academic post. I know I hit a difficult academic job market, and I hit it too late to teach immediately.

I also know that I do need a job, and I need it soon. This cannot go on, especially since we have to move out this month after our rent went up by 30+%. Seattle is not a place for slowly advancing families with children when the rent for a typical two-bedroom apartment averages out around $1,400. This is pretty much where our rent would be if we decided to stay (don’t tell me about fair market prices). The market does not need yours truly and his family to generate all the goodies you use. The market needs single people or infertile couples to feed its appetites, which, let’s not forget, are also our appetites. The fact that Seattle has a larger population of dogs than children is a clear indicator of this.

Herreid does not need to tell me to be tough on myself and get my merda together. I can assure him that my self-assessments are much, much more Augustinian than anything that he can imagine. Not that it helps, but that’s the way I am. It’s something I’m slowly moving away from thanks to once again picking up Martin Laird’s books on contemplation.

I had a closing for these thoughts last night, but they got away from me. I’m so poor, I can’t remember from all the worrying. But then I realized that one person who commented on Herreid’s post already said what I wanted to say better than I ever could. So I freeload off here comment here:

Yes, the poor we will always have with us. And sometimes we find that the poor are ourselves.

For now I am the face of poverty. I’m not particularly proud of it, nor do I want to stay here. But remember, do not fear beggars, you might become one yourself; the poor are not easy to recognize, especially when you is the poor.

Even Herreid’s own earnest song admits how difficult it is to recognize and welcome the freeloaders who claim to be Saviors (not that I have any such pretensions… I’m so Augustinian I can’t relate to Job at all):

November 1, 2014
MacIntyre: What the Natural Sciences Do Not Explain
Next Post 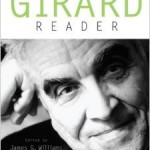 November 5, 2014 Girard: Assisted Suicide and the Further Intensification of Problems
Recent Comments
0 | Leave a Comment
Browse Our Archives
get the latest updates from
Cosmos The In Lost
and the Patheos
Catholic
Channel
POPULAR AT PATHEOS Catholic
1