The Torture Report and the Antichrist

One story stood out from the morning TV buzz today: the United States is preparing for attacks. The reason behind it? The government believes that its torture programs were (are?) so nefarious that they call for retribution (read about the report’s most gruesome moments here). Some strange dialectic has turned the state’s efforts to make us safe after 9/11 into a danger-producing machine. Not even killing Saddam had the intended effects!

Strangely enough, Stratford Caldecott’s All Things Made New: The Mysteries of the World in Christ, a reading of the Book of Revelation, offers an apocalyptic–as in realist, rather than fanciful–reading of today’s headlines:

As for the Antichrist and his reign, a helpful account may be found in the penultimate chapter of Josef Pieper’s little book, The End of Time. The experience of two world wars, the continuing development of modern weapons, and the growth of universal surveillance in response to the threat of terrorism, are among the factors pointing towards the possibility that a supreme world ruler of the future might emerge to institute the most impregnable of tyrannies. Such a ruler might well be greeted by the world’s people’s as their deliverer from a period of chaos and danger, as in the Short Story of Antichrist penned by Vladimir Solovyov in the last years of the 19th century. For Pieper, writing in the first half of the 20th, it is entirely to be expected that “the place of external wars would be taken by internal “police actions,” the character of which would approximate very closely to the extermination of pests. Who could fail to see the lineaments of such a future in the preparations our societies have been forced to make as part of the “War on Terror.”

This might tempt some to identify the Bush administration with an inverted, demonic Trinity: Bush, Sr. as the Father, Jr. as the Son, Cheney as the Holy Spirit, and Condie Rice as the Mediatrix.

But such a response would willfully ignore how the Obama administration quickly retreated from its campaign promises to scale back American security measure excesses. They saw the (inverted) light upon taking over, rather than letting go, of the reins of power.

What to do about this? I don’t think doubling down on identifying Catholicism and Americanism will help much. What’s happening is much worse than anything done under the Inquisition. Unlike what Mark Lilla argued in an overrated, over-promoted, and ultimately stillborn book from a few years back: the state does not save us from uniquely “religious violence,” if anything, it apes the bad history of the Church without any of the religious constraints.

Later in his book Caldecott reminds us there is more than one option presented to us by the Book of Revelation:

We do not have to sink with Babylon. There is another place to go.

Those of you interested in a realistic portrayal of Babylon should look no further than my friend Dave Griffith’s A Good War is Hard to Find. But be careful, it will give you nightmares.

William T. Cavanaugh’s Theopolitical Imagination: Christian Practices of Space and Time will give you a picture of another place. This groundbreaking tome on the Catholic imagination at work in our troubled world is dedicated to Stratford Caldecott who midwifed the text. His generosity and encouragement of Cavanaugh’s work gave us the gift of one of the most promising contemporary theological voices.

In the end remembering Zion, or dashing the children of our enemies against the rocks, aren’t the only things left do between now and the consummation of the cosmos in Christ. 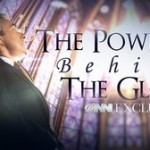 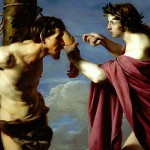 December 10, 2014 Torture and Eucharist?
Recent Comments
0 | Leave a Comment
Browse Our Archives
Related posts from Cosmos The In Lost