Michel Houellebecq is on the front cover of this week’s edition of Charlie Hebdo. It might not be immediately clear what a novelist whose last work published in English, The Map and the Territory –the review bore the title “From Cocks to Corpses“–might have to offer Catholic or Christian (let’s not confuse the two) audiences. It is my hard and fast contention that a theologically firmly grounded audience can draw out big insights from his work.

A case in point is my first encounter with his novel Atomised, or as it is known in the States, The Elementary Particles. I confess the cover with the half nude woman first caught my eye. I almost immediately dismissed the book as a cheap marketing trick until I remembered my French literature Professor Douglas Collins had mentioned the author to me once. Anything Doug recommends is worth reading; I first discovered almost all of the French Catholic phenomenologists through his recommendations (See: his essay on the theological turn in French thought).

Atomised did not disappoint!

The basics of the story are as follows: The two main characters are half brothers, one a sex-crazed humanist, the other a sexless scientist. The dialectic of these two figures is then woven into the history of the sexual revolution and its unintended consequences. The mix is then capped off with a dystopian future ruled by genetic engineering.

Between the comic failures of the two brothers there is a biting commentary on recent history. I was hooked (pardon the pun) when I started reading the following:

A number of other important events in 1974 further advanced the cause of moral relativism. The first Vitatop club opened in Paris on 20 March; it was to play a pioneering role in the cult of the body beautiful. The age of majority was lowered to eighteen on 5 July, and divorce by mutual consent was officially recognized on the eleventh, thus removing adultery from the penal code. Lastly, on 28 November, after a stormy debate described by commentators as “historic,” the Veil act legalizing abortion was adopted, largely thanks to lobbying by the left.

Historical and biographical details give bite to the passage above. Houellebecq himself was abandoned by his mother. She was a faithful flower child who abandoned her own child in pursuit of sexual gratification. His thinly-veiled fictional portray of her obsession hit too close to home. When he first flashed upon the literary scene Houllebecq was a darling of the French radical left until he betrayed it. How could they not feel disappointed in someone who would write the passage above and then follow it up with this?

Christian doctrine, which long had been the dominant moral force in Western civilization, accorded unconditional importance to every human life from conception to death. The significance was linked to the belief in the existence within the body of a soul – which was by definition immortal and would ultimately return to God. In the nineteenth and twentieth centuries, advances in biology gave rise to a more materialist anthropology, radically different in its assumptions and significantly more moderate in its ethical counsel. On the one hand, this change meant that the fetus, a small collection of steadily subdividing cells, was no longer acknowledged as a viable individual except by consensus (absence of genetic defects, parental consent).

These days most theologians don’t even dare to so straightforwardly claim Christian doctrine is the dominant moral force in the West responsible for upholding the dignity of the human person–nothing to say of abortion. The only person who I can think of making a similar strong argument is Kevin Hart in The Dark Gaze. The blurb for this book gets at the heart of the similarity in philosophic matter:

Kevin Hart argues that Blanchot has given us the most persuasive account of what we must give up—whether it be continuity, selfhood, absolute truth, totality, or unity—if God is, indeed, dead. Looking at Blanchot’s oeuvre as a whole, Hart shows that this erstwhile atheist paradoxically had an abiding fascination with mystical experiences and the notion of the sacred.

Houllebecq’s fiction is also this generous in its discussion of the questions of faith. He goes even further by suggesting faith does not disappear, it goes underground. Take, for example, the following passage from his last novel published in English, The Map and the Territory:

This apparent cynicism is not, however . . . the true nature of Gates; this is expressed instead in the surprising, almost touching passages in which he reasserts his faith in capitalism, in the mysterious “invisible hand”; his absolute, unshakable conviction that whatever the vicissitudes and apparent counter-examples, the market, at the end of the day, is always right, and that the good of the market is always identical to the general good. It is then that the fundamental truth about Bill Gates appears, as a creature of faith, and it is this faith, this candor of the sincere capitalist, that Jed Martin was able to render by portraying him, arms open wide, warm and friendly, his glasses gleaming in the last rays of the sun setting on the Pacific Ocean.

It really does seem like human beings are hardwired to invest faith in something. The real battle is not between faith and atheism, but between the idol and the icon. Houellebecq suggests as much in an interview recently published by the The Paris Review:

I disagree. I think there is a real need for God and that the return of religion is not a slogan but a reality, and that it is very much on the rise.

Within this context he defends the plot of his latest novel Soumission (Translation: “Submission,” along with a whole slew of other connotations as is often the case in French), which projects French Muslims outmaneuvering the resurgent French hard right through an alliance with the Left by painting a realistic picture of the Muslim plight in France:

Well, Marine Le Pen strikes me as a realistic candidate for 2022—even for 2017 … The Muslim party is more … That’s the heart of the matter, really. I tried to put myself in the place of a Muslim, and I realized that, in reality, they are in a totally schizophrenic situation. Because overall Muslims aren’t interested in economic issues, their big issues are what we nowadays call societal issues. On these issues, obviously, they are very far from the left and even further from the Green Party. Just think of gay marriage and you’ll see what I mean, but the same is true across the board. And one doesn’t really see why they’d vote for the right, much less for the extreme right, which utterly rejects them. So if a Muslim wants to vote, what’s he supposed to do? The truth is, he’s in an impossible situation. He has no representation whatsoever. It would be wrong to say that this religion has no political consequences—it does. So does Catholicism, for that matter, even if the Catholics have been more or less marginalized. For those reasons, it seems to me, a Muslim party makes a lot of sense.

I can confirm this ghettoization of Muslims in France after living in Nantes for nearly a year. I experienced it to a lesser degree there. Roman Polanski’s The Tenant gives you an almost surrealist variation on this theme: If you’re not a native you’ll constantly be reminded that you are not French; since it is impossible to assimilate no matter how hard and sincerely you try, you stop trying to fit in and become paranoid.

A small tidbit I’d like to add, because it touches upon issues of guilt and responsibility I broached yesterday: In the same interview Houllebecq also says his novel began with the intention of portraying the conversion of the decadent main character to Catholicism, à la  Huysmans. But it seemed to Houellebecq that, unlike for the late 19th century aesthetes portrayed in Decadence and Catholicism, Rome does not have the same exotic appeal for our contemporaries.

This might be changing thanks to the Rabelaisian exploits of Francis the Silenus.

DISCLAIMER: Those who want to take cheap-shots at Polanski are making the same mistake as those who’d identify the Catholic Church as a nest of pedophiles–as if the man and the institution are irreformable. There is something unappealing and unfaithful to the Christian message of forgiveness about such a stance.

Unfortunately, the Italian trailer of Polanski’s film gets across the gist of the isolation best. The words don’t matter as much as the mood, which breaks through all language barriers: 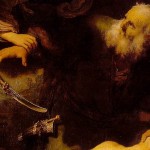 January 9, 2015
Spreading the Blame: The West's Exporting of Jihad
Next Post 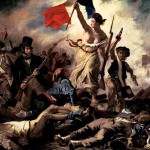 January 13, 2015 From Napoleon to Bin Laden: France and Modern Terrorism
Recent Comments
0 | Leave a Comment
"Wait a minute, what am I missing? The host must contain some gluten, lest it ..."
RPlavo . The Surprising Anti-Capitalist Logic Behind the ..."
"Gluten intolerance is completely -- and I mean completely -- different from celiac disease. Many ..."
Bobby Lawndale The Surprising Anti-Capitalist Logic Behind the ..."
"Read Bruno's comment: #2 below your ranting comment."
Adrienne Szatkowski Michael Voris’s Stunning and Admirable Broken-Hearted ..."
"Science needs "a confession of sins and an articulate profession of faith"? Seriously?Certainly, individual scientists ..."
Elzbieta 2 Reasons Why the March for ..."
Browse Our Archives
get the latest from
Cosmos The In Lost
Sign up for our newsletter
POPULAR AT PATHEOS Catholic
1

Agent of W.I.N.E. Just in Time
As a freelancer, I write for many different publications and am as...
view all Catholic blogs
What Are Your Thoughts?leave a comment
Copyright 2008-2021, Patheos. All rights reserved.
error: Content is protected !!