What Christian Group Says It Worships Same God as Muslims?

French history, and a little bit of American international relations, have been the main focus of my last few meditations. All of them have been related to recent Western perceptions of Islam. Recent is the key word, because these perceptions have shifted considerably over time and have by no means been always tilted toward seeing it as exclusively violent. What’s more, the harms inflicted by the West upon Islam ought to be remembered if we are not to buy into the myth of the nation-state as a guarantor of peace.

The agon of history always makes for thrilling reading, whereas community and reconciliation do not usually make for splashy headlines. I first started thinking about the relationship between Christianity and Islam after recently discovering Islam’s ties to Christianity and First Temple Judaism in the work of Margaret Barker. The topic would not go away. A few weeks ago I ran across a chapter, “The Mystery of Islam,” on Christians and Muslims worshipping the same God in Stratford Caldecott’s The Radiance of Being where he issues this demanding call:

God permits several religions to exist, even though they conflict with each other, and not to die out but to flourish, producing abundant good fruits, as well as evil ones. It is this mystery that we must struggle to understand a bit better.

This made me wonder what the Catholic Church has officially said about Islam, especially after remembering the friendly dialogues Gregory VII, Thomas Aquinas, Nicholas of Cusa, and David Burrell have had with Muslims.

Caldecott drops a hint in a footnote:

The Catholic scholar Louis Massignon (d. 1962) would argue strongly for presence of divine inspiration among the devotees of Islam. He himself was an admirer of the martyred Al-Hallaj, whom he wished to see canonized by the Catholic Church. The lose friend of two popes, especially Paul VI, Massignon’s influence helped to shape the document Nostra Aetate.

It appears that the other pope-friend was Pius XII. He is said to have been such an admirer of Gandhi that he wished to see him canonized.

Now, Nostra Aetate is significant to my purposes here, because of what scholar Miroslav Volf said in his Allah: A Christian Response,

The closest thing Christians have to an authoritative statement about whether Muslims worship the same God they do comes from the Second Vatican Council (1962-1965), and assembly of Catholic bishops from the whole world called by Pope John XXIII. A short and for that time, bold document on non-Christian religions, Nostra Aetate (1965), contains a brief section on Islam.

Then he quotes section #3 of the document:

The Church regards with esteem also the Moslems. They adore the one God, living and subsisting in Himself; merciful and all- powerful, the Creator of heaven and earth, who has spoken to men; they take pains to submit wholeheartedly to even His inscrutable decrees, just as Abraham, with whom the faith of Islam takes pleasure in linking itself, submitted to God.

As Volf says this doesn’t say directly that Muslims worship the same God as Christians, but the one God as unpacked later in the document bears a lot of resemblance to the Christian God. It might not be an exact one-to-one match, but it’s closer than anything said by the Episcopalians, Methodists, or Unitarians you probably suspected.

The US Conference of Catholic bishops has a nearly comprehensive webpage dedicated to the topic of official Catholic statements on Islam.

Here’s one from Vatican II again, this time from Lumen Gentium 16:

But the plan of salvation also includes those who acknowledge the Creator, in the first place among whom are the Muslims: these profess to hold the faith of Abraham, and together with us they adore the one, merciful God, mankind’s judge on the last day.

And an especially strong statement from St. John Paul II during a visit to Morocco:

Christians and Muslims have many things in common, as believers and as human beings. We live in the same world, marked by many signs of hope, but also by multiple signs of anguish. For us, Abraham is a model of faith in God, of submission to his will and of confidence in his goodness. We believe in the same God, the one God, the living God, the God who created the world and brings his creatures to their perfection.

If you’re curious about where these strands of thinking might lead Christologically, then I think you will be pleasantly surprised (or frightened!) by what Stratford Caldecott has to say in The Radiance of Being.

To find out more about little known nooks and crannies of Catholicism take a look at my TOP10 Catholic Studies List.

For more surprising Stratford Caldecott insights follow these topical links: eschatological dogs, Bible numerology, something other than liturgical torture, and the Apostles’ Creed. 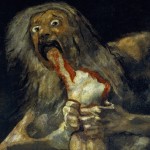 January 14, 2015
A French Genocide and Salvation Outside the State
Next Post 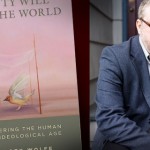 January 16, 2015 Beauty, Postmodernism, and Vodka: Gregory Wolfe Interview Preview
Recent Comments
0 | Leave a Comment
"Wait a minute, what am I missing? The host must contain some gluten, lest it ..."
RPlavo . The Surprising Anti-Capitalist Logic Behind the ..."
"Gluten intolerance is completely -- and I mean completely -- different from celiac disease. Many ..."
Bobby Lawndale The Surprising Anti-Capitalist Logic Behind the ..."
"Read Bruno's comment: #2 below your ranting comment."
Adrienne Szatkowski Michael Voris’s Stunning and Admirable Broken-Hearted ..."
"Science needs "a confession of sins and an articulate profession of faith"? Seriously?Certainly, individual scientists ..."
Elzbieta 2 Reasons Why the March for ..."
Browse Our Archives
get the latest from
Cosmos The In Lost
Sign up for our newsletter
POPULAR AT PATHEOS Catholic
1