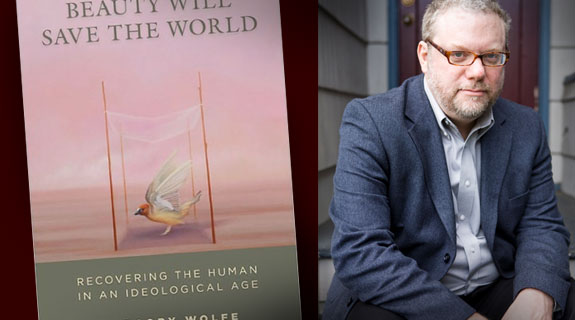 Gregory Wolfe has spent half a lifetime saying “Beauty will save the world.” Czeslaw Milosz once said “Heaven is the third vodka.”

See how these two things come together below.

Cosmos the in Lost and its evil twin Rabelaisian Catholicism have frequently waded into the waters of the Catholic Literature debate. Even more, they have ventured into appraising the state of Catholic cultural production overall.

See my posts on the following topics to get a better sense of how much is going on: Catholic studies, living religious novelists, living religious poets, Catholic philosophy in France, the Catholic critic Paul Elie, and last, but not least (unless you ask the writers), Catholic literary criticism.

Last week I did a rundown of my encounter with Paul Elie and novelist William Giraldi literary whom I encountered as a participant at the Villanova Christianity and Culture and Criticism and . . .  Conference. In the same post I announced I will concentrate upon writing about literature for Ethika Politika.

Next week I deliver on this promise with an extended interview with Gregory Wolfe, editor-in-chief of IMAGE Journal, and one of the leading participants in the Catholic literature debate.

What follows below is an extended sneak peak at the interview.

Gregory Wolfe: Well, if you ask me, they’re not paying enough attention to even perceive the relationship between literary modernism and the writers of faith writing during that period. I mean, Evelyn Waugh constantly praised James Joyce (and considered him a major influence) but Waugh is held up by conservatives as some sort of neo-Victorian, which is just nuts.

As far as my own relationship to these movements of thought—I’m a both/and sorta guy, definitely not either/or. For one thing, philosophy is over my pay grade. I’m a dabbler at best. For another, I’m just convinced that there’s truth to be found in both.

What makes me want to drink vodka out of a cat dish (to steal a phrase from Anne Lamott) is the type of critic who expects the art of her time to be made according to the model of a past time. Lamenting the art of your own era is intellectual laziness at best and a serious dereliction of duty when it comes to engaging the world around you at worst. If it’s all bad, then you have no motivation to get involved with the nurturing of new work. So writers starve in garrets.

There are dimensions of postmodernism that dovetail nicely with someone who, like myself, has religious concerns. I’m thinking of things like the suspicion of master narratives, the sense that our knowledge is limited and contingent, that we must always be scrutinizing and purifying our motives.

The same goes for the sort of postmodern literature and art that are imbued with this sensibility. This goes back to my point about contemporary writing that hears God in the “still, small voice.” One might say that the best writers of faith today—the ones whose faith is so deeply woven into their vision that there’s nothing obvious in the work that “shouts”—are practicing a deeply incarnational understanding—one in which grace comes to us through nature.

Who knows what literary styles and forms will be prevalent in 2035? All I know is that if I live that long I won’t be wishing they were the same as 2015…or 1955.

You can find out more about contemporary poets, novelists, publishing houses, and Gregory Wolfe’s recommendations here, here, here, and here.

There’s also the post that started it all “A Fish Rots From the Head Down” on Paul Elie and rumors of secularization in the arts. 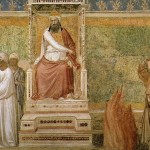 January 15, 2015
What Christian Group Says It Worships Same God as Muslims?
Next Post 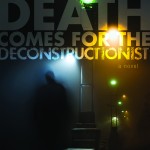 January 17, 2015 I'm Not Well—The Voices are Back
Recent Comments
0 | Leave a Comment
Browse Our Archives
get the latest updates from
Cosmos The In Lost
and the Patheos
Catholic
Channel
POPULAR AT PATHEOS Catholic
1