How is Aquinas so Premodern That He’s Postmodern?

If you hang around enough weird overeducated people, then you’ve probably heard the phrase “He’s so premodern, he’s postmodern.” On the most basic level this means that postmodernity, in its opposition to the modern, brings recouperates salient elements of the premodern worldview. This is the main reason why you should not listen to your standard parish apocalyptic fear-mongerer when he (or she) tells you to be afraid of postmodernism.

You might think “that’s fine,” but you’d like a more concrete example. Thomas Pfau’s Minding the Modern gave me an excellent from Aquinas on his feast day yesterday. Here’s what Pfau says about Aquinas and modern philosophy’s vexing problem of relating the human subject to its objects:

The relational character of all created, finite beings thus offers an imperfect reflection of the consummate relation, viz., of the persons within in the truine God–a conception that, as remains to be seen, the late Coleridge will recover with great urgency for a reluctant audience. To sharpen the point, we might say that persons in Aquinas cannot be objects because the latter term is not even properly applicable to nonhuman things. Res is not objectum is into something merely in “in itself” that opposes us in the sense of the German Gegenstand. We do not “confront” being now and then at our choosing, but instead, always “participate” in it.

As you can see the premodern solution to the problem is to dissolve it as a false problem. In some ways this is similar to Wittgenstein when he repeatedly said that most of philosophy consists in exposing false problems (cutting through the crap, as I like to call it). According to Pfau, it even appears that there are other points of contact with recent (and still influential) philosophers:

Perhaps unwittingly, Hegel’s eventual parsing of “in itself” (an sich) and “for itself” (fur sich) reoccupies the Scholastic understanding of being as relational and participatory–that is, an embedding of beings, a network, system, or “community” (communio) always already in place when we seek to break down the world into discrete singularities object representations.

In other words, no man is an island of lonely modern subjectivity, or, as Bruno Latour would have it, we have never been modern:

Now, because Aquinas does not conceive of relations in terms of subject and object, the perspective that we have on the world is for him never as a static aggregate of isolated entities. Rather, it is participatory in the sense that it is the very nature of a thing to communicate its existence to others “Action, ‘passion’ (being acted upon), and relations are inseparably linked together.”

The quote in the Minding the Modern quote above comes from Norris Clarke’s Person and Being. How is that for relationality? But it keeps going!

In the footnote Pfau explains Clarke, by quoting Fergus Kerr’s After Aquinas, and finally gets to the root of how Aquinas is so premodern that he’s postmodern:

Kerr goes on to argue, in contrast to modernity’s “substantialist ontology self-enclosed monadic objects . . . Thomas’s cosmological picture is, rather, of a constantly reassembling network of transactions, beings becoming themselves in their doings.”

Pfau rounds out the footnote with the following commentary on Kerr’s reading of Aquinas:

The “postmodern overtones” of Aquinas’s framework seem almost too obvious to point out.

There you have it! What next? The Postmodern God? It’s all connected across . . . 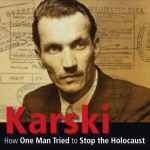 January 30, 2015 Upward Trends: The State of Catholic Culture Report
Recent Comments
0 | Leave a Comment
"So you in fact did not vote for the lesser of two evils but instead ..."
gethoht Hunter S. Thompson’s Fear and Loathing ..."
"Wait a minute, what am I missing? The host must contain some gluten, lest it ..."
RPlavo . The Surprising Anti-Capitalist Logic Behind the ..."
"Gluten intolerance is completely -- and I mean completely -- different from celiac disease. Many ..."
Bobby Lawndale The Surprising Anti-Capitalist Logic Behind the ..."
"Read Bruno's comment: #2 below your ranting comment."
Adrienne Szatkowski Michael Voris’s Stunning and Admirable Broken-Hearted ..."
Browse Our Archives
Related posts from Cosmos The In Lost