The Republican dropping of abortion into the political dumpster put the failure of the Pro-Life movement‘s right of center strategy front and center.

It seems the Republicans were only mirroring the Democrat Left at the Altar with a Right of the Altar of their own.

If nothing else, the failed vote hopefully allowed some self-identifying “conservative Catholics” to kick back and enjoy the delicious humor of Obama ad lib (“I know, because I won them both”) during the State of the Union Address.

While this might be one clear place where Catholicism has utterly failed to engage the culture, a sign of real decline, there are plenty of other areas of life and knowledge where Catholics maintain a death grip.

The proof is in the pudding.

The pudding gives me an opportunity to consolidate in one post all of the TOP10 lists (mostly) I’ve done about various Catholic engagements with contemporary culture.

2. Science and Religion: See what’s really going on behind the bs headlines.

5. Literary Criticism: Catholics write plenty of good literature, so it’s no surprise they know how to criticize it intelligently.

6. Catholic Studies: This one is a bit of a no-brainer.

7. World Politics: Everybody knows the Jesuits are behind everything that happens in politics, even China and Hong Kong!

8. Famous “Atheists”: Public figures who seem to be atheists sometimes turn out to be practicing Catholics.

9: Charity, Healthcare, and Education: What has illiberal Catholicism done for us?

10. Plastic Arts: Here is another area, the culture wars, where American conservatism has actively worked against Catholicism.

That looks like a ten game winning streak, as opposed to only two:

By the way, contact me if you’re interested in playing fantasy baseball this season. I’ll run at least one league.

January 29, 2015
How is Aquinas so Premodern That He's Postmodern?
Next Post 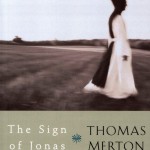 January 31, 2015 Milosz Mentors Merton on Manichaeism & the Modern Mind
Recent Comments
0 | Leave a Comment
"So you in fact did not vote for the lesser of two evils but instead ..."
gethoht Hunter S. Thompson’s Fear and Loathing ..."
"Wait a minute, what am I missing? The host must contain some gluten, lest it ..."
RPlavo . The Surprising Anti-Capitalist Logic Behind the ..."
"Gluten intolerance is completely -- and I mean completely -- different from celiac disease. Many ..."
Bobby Lawndale The Surprising Anti-Capitalist Logic Behind the ..."
"Read Bruno's comment: #2 below your ranting comment."
Adrienne Szatkowski Michael Voris’s Stunning and Admirable Broken-Hearted ..."
Browse Our Archives
Related posts from Cosmos The In Lost