It is fashionable to dump upon Thomas Merton. He seems to have been too open to dialogue with other religions and cultures. Accusations of heresy fly from certain quarters as frequently as those against St. John Paul II for inaugurating the Assisi World Day of Prayer for Peace.

Paul Elie gets plenty wrong in his discussion of the exchange of letters between Merton and Milosz in The Life You Save May Be Your Own. For example, Milosz never formally joined the underground resistance (he was a bit of a sarcastic bystander), nor was he a crypto-Catholic aloof from creeds and dogmas (he was a practicing Catholic with considerable theological training). It seems to me Elie makes Milosz (and Merton) sound more heroic and exotic than they actually were.

Yet, I do believe Elie is right on the mark when he says the following about the exchange of letters between Milosz and Merton collected in Striving Towards Being:

[Milosz’s letters were the] most precise critique Merton had ever received, a dialogue with a writer who as at once Other and counterpart, and it forced him to clarify his understanding of religious faith for himself as well.

This above comment is related to Milosz’s criticism of Merton’s The Sign of Jonas. After reading that book Milosz told Merton that he, and other contemporary readers, would instead want to see Merton take them through “5 volumes [of the] very vision of the world redeemed by Christ” rather than a monastic journal.

By the way, as Milosz explains in his Dostoevsky essay in Emperor of the Earth: Modes of Eccentric Vision, something like this was the Russian novelist’s plan when writing The Brothers Karamazov. That large novel was only the first installment of a series that would take Alyosha through atheism into a deeper faith.

The search for a deeper description of faith is also at the heart of the “5 volume” request. In that same letter Milosz, in a way, actually chides Merton for not being heretical enough:

Perhaps we approach a time when only groups of monks in monasteries will remain sane. Your books should have influence. Yet I see an obstacle. To put it briefly (too briefly) it is your kind of sensitivity, reinforced probably by your training. Let us take the example of your diary. Every time you speak of Nature, it appears to you as soothing, rich in symbols, as a veil or curtain. You do not pay much attention to torture or suffering in Nature. You are completely right when you praise Boris Pasternak for his feeling of wholeness, of participation in the mystery of being. But he is so near to you just because of what is for you a danger as it can reduce your influence upon non-Catholics. We live through a time when Manichaeism is particularly strong and one could enumerate many reasons for it—though we do not grasp as yet all the causes. I do not know to what extent a sort of despair at the sight of ruthless necessity in Nature is justified. Yet it exists while it was not known until quite modern times. The distance between man and the rest of Creation was so great that for Descartes too the animal was a machine. Some old Manichaean elements started to revive perhaps in the Reformation but they were mitigated. You can say that overstressed compassion for millions and billions of creatures crushed every second makes part of the modern schism with destroyed quite real barriers between man and animal. But the bitter taste of necessity colors the style of our contemporaries and if Simone Weil is such a force and if she counterbalances many modern follies, it is because she was one Cathare. Albert Camus called her (in a letter) “the only great spirit of our time” and Camus undoubtedly was a Manichaean. By the way, I would like to convince you to comment upon La Chute de Camus, a very ambiguous book, which is a cry of despair and a treatise on Grace (absent). Perhaps it would be useful if you write a theological commentary. I am far from wishing to convert you to Manichaeism. Only it is so that the palate of your readers is used to very strong sauces and le Prince de ce monde is a constant subject in their reflections. That ruler of Nature and of History (if laws are different, necessity is similar) does not annoy you enough—in your writings.

Or rather, maybe it would be more accurate to say that Milosz chides Merton for skirting an all-pervading element of the modern worldview, which needs to be analyzed in any serious discussion of orthodox faith?

The Merton Annual will soon publish my discussions of Milosz’s concerns in these letters entitled, “How Could I Not Think of This? – Milosz’s Thomistic Challenge to Merton.” This year’s theme is Milosz’s “vision of the world redeemed in Christ” from Striving Towards Being.

Check back with them in a couple of months.

If you’d like to learn more about Milosz, then look here.

While you’re at it, you should check out my post on Camus and Christianity.

If that piques your interest, then you should know that St. Augustine’s Press recently reissued Camus’ book on Christian Metaphysics and Neoplatonism.

Finally, here’s Camus on his adaptation of Dostoevsky’s novel Demons, a.k.a. The Possessed: 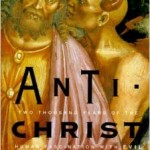 February 2, 2015 Q: How does Belichick Have a Leg up on the Devil & Pete Carroll?
Recent Comments
0 | Leave a Comment
"So you in fact did not vote for the lesser of two evils but instead ..."
gethoht Hunter S. Thompson’s Fear and Loathing ..."
"Wait a minute, what am I missing? The host must contain some gluten, lest it ..."
RPlavo . The Surprising Anti-Capitalist Logic Behind the ..."
"Gluten intolerance is completely -- and I mean completely -- different from celiac disease. Many ..."
Bobby Lawndale The Surprising Anti-Capitalist Logic Behind the ..."
"Read Bruno's comment: #2 below your ranting comment."
Adrienne Szatkowski Michael Voris’s Stunning and Admirable Broken-Hearted ..."
Browse Our Archives
Related posts from Cosmos The In Lost