Carnival is Getting off the Ground: Stoop Down & Meet St. Puke!

Carnival is Getting off the Ground: Stoop Down & Meet St. Puke! February 13, 2015 Artur Rosman

Patheos Explore the world's faith through different perspectives on religion and spirituality! Patheos has the views of the prevalent religions and spiritualities of the world.
I’ve been catching up on reading of late. It’s part of my effort to deepen my understanding of what a Catholic imagination means in comparison with a Protestant imagination as they attempt to image God, cosmos, and woman in their distinct, but complimentary ways.

Before I get to the juicy stuff I’d like to sing the praises of William Dyrness’s Reformed Theology and Visual Culture: The Protestant Imagination from Calvin to Edwards. His analysis overlaps with the analyses of Andrew Greeley and David Tracy, although he only concentrates upon the Protestant imagination. This is refreshing, because Catholics seem to have cornered the religious imagination book market.

Carnival ends in less than a week.

The Protestant suspicion toward images and the external mediation of grace connects with the ancient apophatic tradition [questionable] in the Church. Since God is separate from the world, and those created in the divine image have their eyesight so severely damaged, on must treat all human constructions of God with suspicion.

If one accepts this view of things, Calvin’s scruples would have been more realistic than Luther’s tolerance. For Calvin understood that in a sinful world patterns and practices often coalesce into particular images, and if health is to be restore, these images must not only be denounced but they must also be destroyed. For the reformers knew that much more was at stake than cultural products alone.

If there is one thing that I’ve learned from John Bossy’s rollicking and jolly history of Christianity in the West 1400-1700 is that Catholics tend to put on display the scandalous aspects of being human that might understandably offend (some? most?) Protestants. What’s fascinating is how Catholicism does this with the same intention of facing up to human sin as the Protestants:

Carnival normally occurred, and has continued to occur, as a series of three or six days ending on Shrove Tuesday or Mardi Gras. These were feast-days in that work was prohibited, the private became public, and communities functioned as a whole or through bodies specially created for the purpose. The object of the feast was to represent the workings of carnality in general and, out of the doings of the past year, to bring the corpus of sin to light, in order that it might be got rid of in time for Lent. Carnality was almost invariably embodied in a carnival figure who dominated the feast, was carried in procession during it, and tried, condemned, and executed (usually by burning) at the end of it. In these more formal proceedings the sevens sins were represented by Gluttony, just as abstinence from meat had come to represent the penitential asceticisms of Lent. Carnival was a fat man; during the feast it was obligatory to eat a great deal, especially fat things like pigs and pumpkins, and drink to match; in Nantes Shrove Tuesday was dedicated to St. Dégobillard (St. Vomit), whom one may think an appropriate patron for the whole feast.

For more on Carnival’s reversal of everyday order see Mikhail Bakhtin’s classic Rabelais and His World. He also talks about Carnival in his equally famous (and useful) Dostoevsky book on polyphony in the Russian’s novels:

Carnival is a pageant without footlights and without a division into performers and spectators. In carnival everyone is an active participant, everyone communes in the carnival act… The laws, prohibitions, and restrictions that determine the structure and order of ordinary, that is noncarnival, life are suspended during carnival: what is suspended first is hierarchical structure and all the forms of terror, reverence, piety, and etiquette connected with it… or any other form of inequality among people.

Here is a medieval Vespers sung by the Polish group Theater Węgajty to encourage you to nevertheless keep Lent asceticism in mind (for later, not just yet):

For more feasting see my Theology of Food Booklist. 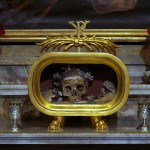 February 12, 2015
The Catholic Valentine's Creepier than 50 Shades
Next Post 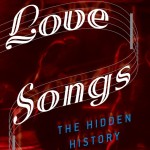 February 14, 2015 Valentine Love Songs: Romero & Opus Dei, Carr & Faith, Troubadours & Twerks, Bloy & Bloy
Recent Comments
1 Comment | Leave a Comment
"Wait a minute, what am I missing? The host must contain some gluten, lest it ..."
RPlavo . The Surprising Anti-Capitalist Logic Behind the ..."
"Gluten intolerance is completely -- and I mean completely -- different from celiac disease. Many ..."
Bobby Lawndale The Surprising Anti-Capitalist Logic Behind the ..."
"Read Bruno's comment: #2 below your ranting comment."
Adrienne Szatkowski Michael Voris’s Stunning and Admirable Broken-Hearted ..."
"Science needs "a confession of sins and an articulate profession of faith"? Seriously?Certainly, individual scientists ..."
Elzbieta 2 Reasons Why the March for ..."
Browse Our Archives
get the latest updates from
Cosmos The In Lost
and the Patheos
Catholic
Channel
POPULAR AT PATHEOS Catholic
1