Cardinal Burke Dissents: Ashed Foreheads are a Sign of Feminization

I thought to myself, yes, I do come from one of those normal countries, Poland, and the normal people there sprinkle it in the hair as do the Italians and the French.

What is it with the Americans? Clearly–I mean it’s America we’re talking about here–there must be something wrong with those people.

So I went and did some research. I won’t admit to searching on Wikipedia, but here’s some background from the second link I read on the topic:

Historically, the use of ashes as a sign of penance is already found in the Old Testament, and even Jesus speaks of the necessity of some sinners to do penance in sackcloth and ashes (Matthew 11:21). Tertullian, saints Cyprian, Ambrose, Jerome and Augustine, and many other Church Fathers make frequent reference to this practice, especially in relationship with the practice of beginning a period of public penance for grave sins.

Apart from the relatively few public penitents, many other devout Christians confessed at the beginning of Lent so as to be able to receive daily Communion during this season, and they asked to be covered with ashes as a sign of humility after having received absolution. In the year 1091 Pope Urban II recommended this practice to both clergy and laity. Subsequently the rite of blessing and imposing the ashes became generalized and swiftly assumed considerable importance in the liturgical life of the faithful. At first, the rite was separate from Mass but eventually entered into the Mass itself around the 12th century.

Initially, men received ashes sprinkled upon the crown of the head, while the ashes were imposed upon women by making a sign of the cross on the forehead. This difference probably stems from the simple fact that women were obliged to keep their heads covered in church.

Note how initially only women received ashes on the forehead . . .

I cannot find any evidence for when the practice migrated onto men’s foreheads. One thing is clear: It migrated to men from women. Could this be yet another sign of the radical feminization that so irks Cardinal Burke of the manly trains?

“Apart from the priest, the sanctuary has become full of women,” Burke continued. “The activities in the parish and even the liturgy have been influenced by women and become so feminine in many places that men do not want to get involved. Men are often reluctant to become active in the Church. The feminized environment and the lack of the Church’s effort to engage men has led many men to simply opt out.”

I know, how unusual for a religion that has nearly made a woman, Mary, the mediatrix of grace and venerates her night and day. Something just ain’t right! Why can’t the Catholics be like real Christians and cut that Marian stuff out?

It’s a mystery, just as how the imposition of ashes on the forehead migrated from women to men. What next? Feminine metaphors for God? Pretty soon God will start breastfeeding during the liturgy (as if it isn’t annoying enough to have all those kids running around when you’re trying to get your mystic on!!!).

If nothing else, maybe highlighting this incongruous practice, which only seems to have taken hold in English-speaking countries, will give Cardinal Burke another opportunity to get his dissent on?

For much more serious theological reflection head to my Lent Reading List. 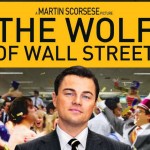 February 18, 2015
What Does The Wolf of Wall Street Teach Us About Faith and Lent?
Next Post 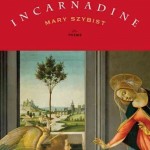 February 20, 2015 Incarnadine: Playful Poetic Sadness on the Edges of Religious Hope
Recent Comments
0 | Leave a Comment
"Wait a minute, what am I missing? The host must contain some gluten, lest it ..."
RPlavo . The Surprising Anti-Capitalist Logic Behind the ..."
"Gluten intolerance is completely -- and I mean completely -- different from celiac disease. Many ..."
Bobby Lawndale The Surprising Anti-Capitalist Logic Behind the ..."
"Read Bruno's comment: #2 below your ranting comment."
Adrienne Szatkowski Michael Voris’s Stunning and Admirable Broken-Hearted ..."
"Science needs "a confession of sins and an articulate profession of faith"? Seriously?Certainly, individual scientists ..."
Elzbieta 2 Reasons Why the March for ..."
Browse Our Archives
get the latest updates from
Cosmos The In Lost
and the Patheos
Catholic
Channel
POPULAR AT PATHEOS Catholic
1