Netanyahu Understands the Inquisition Better than Zmirak (Who is Closer to Cruz) March 24, 2015 Artur Rosman

John Zmirak (for background on the man see this post) uses the Inquisition legend (I won’t link, it’s ubiquitous enough for you to find it on your own) to blacken the history of Catholicism in order to promote his liberal first interests just like Senator Ted Cruz opportunistically tarred the reputation of Middle Eastern Christians leading up to his rather quixotic bid for the White House.

Zmirak is writer-in-residence at Thomas More, which is ironic given what happened to More at the hands of the emerging modern nation-state. Let’s not forget England also promulgated its Witchcraft Act long after the country broke from Rome, in 1542. Persecution of the non-orthodox is not a Catholic prerogative.

The publisher blurb gives you an idea of why The Origins of the Inquisition in Fifteenth Century Spain caused so much controversy when it first came out:

The Spanish Inquisition remains a fearful symbol of state terror. Its principal target was the conversos, descendants of Spanish Jews who had been forced to convert to Christianity some three generations earlier. Since thousands of them confessed to charges of practicing Judaism in secret, historians have long understood the Inquisition as an attempt to suppress the Jews of Spain. In this magisterial reexamination of the origins of the Inquisition, Netanyahu argues for a different view: that the conversos were in fact almost all genuine Christians who were persecuted for political ends. The Inquisition’s attacks not only on the conversos’ religious beliefs but also on their “impure blood” gave birth to an anti-Semitism based on race that would have terrible consequences for centuries to come. This book has become essential reading and an indispensable reference book for both the interested layman and the scholar of history and religion.

The New York Times obituary for Netanyahu Sr. gives you more of a glimpse of the book and the man:

As a historian, Mr. Netanyahu reinterpreted the Inquisition in The Origins of the Inquisition in Fifteenth Century Spain (1995). The predominant view had been that Jews were persecuted for secretly practicing their religion after pretending to convert to Roman Catholicism. Mr. Netanyahu, in 1,384 pages, offered evidence that most Jews in Spain had willingly become Catholics and were enthusiastic about their new religion.

Jews were persecuted, he concluded — many of them burned at the stake — for being perceived as an evil race rather than for anything they believed or had done. Jealousy over Jews’ success in the economy and at the royal court only fueled the oppression, he wrote. The book traced what he called “Jew hatred” to ancient Egypt, long before Christianity.

The Tablet Magazine article (sent to me by a gracious reader) where I first found this obituary linked gives you an even punchier summary of the book:

In other words, Ben Zion Netanyahu’s argument shifted the root blame for the Inquisition from religion to ingrained racial animus–from the spiritual to the secular. If one was going to give the pope a book about the Inquisition, then, this would be the one. Moreover, not only does the book’s revisionist reckoning partially absolve Christianity for Spanish persecution of the Jews, it offers a contemporary message of pressing relevance. At a time when Christian anti-Semitism has receded–evidenced not least by the friendly relations between the Vatican and the state of Israel–secular and racial forms of anti-Semitism have been on the rise, particularly in Europe, where a nearly a quarter of Jews say they are afraid to publicly identify as Jewish. The anti-Semitism diagnosed by Ben Zion Netanyahu is alive and well.

Breaking down the walls between the secular and the religious is something that is at the forefront of the most recent scholarship on religion and politics (See especially: William T. Cavanaugh and Talal Asad on this front). This work is notable for taking apart the myth of religion being somehow magically more violent than other social formations, for example, the nation-state.

It’s not true at all!

Of course one cannot expect someone like John Zmirak to keep up with the latest scholarship when he has more pressing agendas. This is why he continues to rule a very limited portion of the blogosphere with emoting Iron Fits.

Granted, the right is not the only side guilty of Catholic baiting. The Black Legend of Pius XII was created and promoted by the French Catholic left, chiefly Mounier and Mauriac (yes, that Mauriac!), after World War II. They also had their agendas like Zmirak. They used it  to gain the upper hand in their contemporary fights. It seems both sides of classical liberalism tend to use Catholicism as a convenient foil, but all they deserve is a tinfoil hat.

You be better off reading Netanyahu Sr.’s book and Gary Krupp’s Pope Pius XII and World War II, or  watching something like the documentary The Jewish Cardinal than getting bogged down in these sideshows.

If you are interested in long duration relationship between Christians and Jews see Paula Fredriksen’s (a convert from Catholicism to Judaism) Augustine and the Jews: A Christian Defense of Jews and Judaism. Also see my religion and politics TOP 10 list for the latest scholarship on the topic. 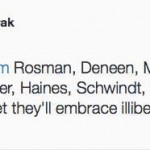 March 23, 2015
Deneen, MacIntyre, Schindler, Dreher? For John Zmirak I'm Ahead of Them All!
Next Post 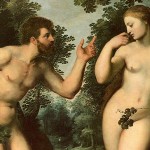 March 25, 2015 For Catholicism the Spirit is the Root of Evil not the Body!
Recent Comments
0 | Leave a Comment
"Wait a minute, what am I missing? The host must contain some gluten, lest it ..."
RPlavo . The Surprising Anti-Capitalist Logic Behind the ..."
"Gluten intolerance is completely -- and I mean completely -- different from celiac disease. Many ..."
Bobby Lawndale The Surprising Anti-Capitalist Logic Behind the ..."
"Read Bruno's comment: #2 below your ranting comment."
Adrienne Szatkowski Michael Voris’s Stunning and Admirable Broken-Hearted ..."
"Science needs "a confession of sins and an articulate profession of faith"? Seriously?Certainly, individual scientists ..."
Elzbieta 2 Reasons Why the March for ..."
Browse Our Archives
get the latest from
Cosmos The In Lost
Sign up for our newsletter
POPULAR AT PATHEOS Catholic
1