Facebook blocked me from promoting my St. Paul talking shit piece yesterday because they think biblical religion is too vulgar.

I thought I’d take it down a notch today with a post on theology and genitalia.

There are breakthrough moments on two hour commutes home where you either find something that either keeps you from attempting a nap behind the wheel, or, otherwise you don’t end up writing blog entries.

I’ve been listening to a four part series given by William T. Cavanaugh in New Zeland a couple of years ago.  The series topics overlap with his last three books: Being Consumed, The Myth of Religious Violence, and Migrations of the Holy.

Cavanaugh is that rare combination of great scholarship and humor,. The lecture on the “Myth of Prosperity” linked below representative and it is what kept me going on the commute yesterday.

His lecture criticizes our economic practices for not being material enough, because our economics are rooted in multiplying fictions (derivatives other such financial junk) rather than creating real material waste. In a sense, it’s not that our economics are too materialistic, they are too spiritual.

The theologian then places the very material interests of the Jews and Christians in sharp contrast with such spiritualistic tendencies. This is how he gets to talking about the Torah and how much trouble it causes for certain modern Christians. He summarizes their objections with:

Why are bald eagles detestable to eat, while bald locusts are okie dokie?

Remember, in biblical religion, the spirit is the primary locus(t?) of evil, not the body. What’s more, biblical religions believe that the material realm, all of it, is so good (even the stuff below the belt) that they resist being cordoned off into a safe zone of private piety. Hence, the bit that kept me going yesterday:

I have a Jewish theologian friend who says that any religion that doesn’t tell you what to do with your genitals and pots and pans is not . . . worth believing in.

Ergo, if a religious group tells you what you do with your genitals doesn’t matter: ignore them, leave.

Everything matters to God. God doesn’t make junk (in one sense).

Don’t forget to take in Cavanaugh’s lecture below:

By the way, take a look at why Christ is no longer on top. 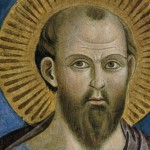 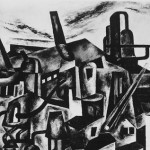 July 17, 2015 Capitalists Should Be Nervous: A Response to Fr. Robert Barron on Laudato Si'
Recent Comments
0 | Leave a Comment
Browse Our Archives
Follow Us!

My Response to Abby Johnson's Shocking...
Steel Magnificat
Related posts from Cosmos The In Lost

Early Christology: Development in Relation to Councils &...
vs. David Waltz David Waltz was a Catholic (and an apologist online)...
view all Catholic blogs
What Are Your Thoughts?leave a comment
Copyright 2008-2020, Patheos. All rights reserved.