Today was a busy day, so this post will come quickly, late, and in some haste.

I devoted the better part of the day to an interview for a job in the tech industry. We’ll see how it goes, but even if it stops there it was a pleasure to spend time with some really down-to-earth folks. It’s not strictly in my academic field, but my skillset is fluid enough to fit the job. I’d be happy to apply my skills in what seems like a very friendly work environment. It is so difficult to find people in the business world who seem like people you’d like to have beer with rather than avoid. These were people I’d like to have beer with.

The notion of fluidity is a favorite topic of Polish thinker Zygmunt Bauman. If the name of this ex-Stalinist turned acute critic of postmodernism sounds familiar to you, then it’s possible you’ve heard about him from Ethika Politika’s Andrew Haines. He wrote several posts about the Polish thinker a couple of years ago. Bauman’s most important concept is the notion of liquid modernity.

You can get a better sense of what the concept means, and recognize yourself drowning in it, from the following blurb for Liquid Modernity:

In this new book, Bauman examines how we have moved away from a a heavy and a solid, hardware–focused modernity to a a light and a liquid , software–based modernity. This passage, he argues, has brought profound change to all aspects of the human condition. The new remoteness and un–reachability of global systemic structure coupled with the unstructured and under–defined, fluid state of the immediate setting of life–politics and human togetherness, call for the rethinking of the concepts and cognitive frames used to narrate human individual experience and their joint history. This book is dedicated to this task. Bauman selects five of the basic concepts which have served to make sense of shared human life — emancipation, individuality, time/space, work and community — and traces their successive incarnations and changes of meaning. Liquid Modernity concludes the analysis undertaken in Bauman s two previous books Globalization: The Human Consequences and In Search of Politics. Together these volumes form a brilliant analysis of the changing conditions of social and political life by one of the most original thinkers writing today.

The liquidity of the present situation, the protean selves we have to fashion or drown (symbolically die as in yesterday’s post), is summed up nicely in a passage from Globalization: The Human Consequences:

Ideally, nothing should be embraced by a consumer firmly, nothing should command a commitment till death do us part, no needs should be seen as fully satisfied, no desires considered ultimate. There ought to be a proviso ‘until further notice’ attached to any oath of loyalty and any commitment. It is but the volatility, the in-built temporality of all engagements that truly counts; it counts more than the commitment itself, which is anyway not allowed to outlast the time necessary for consuming the object of desire (or, rather, the time sufficient for the desirability of that object to wane).

Polity Press recently sent me a most welcome book for review, a series of interviews between Bauman and ex-Jesuit Stainslaw Obirek (Another ex! Could that be a symptom of liquid modernity too?) entitled Of God and Man. The publisher’s description of the book has me feeling cautiously hopeful:

In this engaging dialogue, Zygmunt Bauman, sociologist and philosopher, and Stanislaw Obirek, theologian and cultural historian, explore the place of spirituality and religion in the world today and in the everyday lives of individuals. Their conversation ranges from the plight of monotheistic religions cast onto a polytheistic world stage to the nature of religious experience and its impact on human worldviews and life strategies; from Messianic and Promethean ideas of redemption and salvation to the possibility and prospects of inter-religious dialogue and the factors standing in its way.

While starting from different places, Bauman and Obirek are driven by the same concern to reconcile the multiplicity of religions with the oneness of humanity, and to do so in a way that avoids the trap of adhering to a single truth, bearing witness instead to the multiplicity of human truths and the diversity of cultures and faiths. For everything creative in human existence has its roots in human diversity; it is not human diversity that turns brother against brother but the refusal of it. The fundamental condition of peace, solidarity and benevolent cooperation among human beings is a willingness to accept that there is a multiplicity of ways of being human, and a willingness to accept the model of coexistence that this multiplicity requires.

Once I get a little bit of time to read between job applications, and other shadow work, I’ll see how all this gets hashed out in the details.

The only thing that might get in the way is another book Polity sent, Religio Duplex: How the Enlightenment Invented Egyptian Religion by Jan Assmann. YESSS, Assmann.

That is one of the greatest names in the history of scholarship. Do you think it a coincidence this book arrived on the same day as I reposted Nudus Nudum Christum Sequi: On Christ’s Genitalia? I think not, God has a strange sense of humor.

But all joking aside, I wonder whether there is something about biblical religions, their injunctions to welcome the stranger and outcast, their traditions of pilgrimage, that make them appealing to thinkers of liquid modernity such as Zizek, Eagleton, Kristeva, and Bauman himself.

Or is death by liquidity also something like baptism?

Help me navigate the confusion by dropping something through my PayPal button. 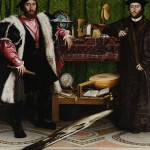 September 15, 2015
The Shadow Work of Destroying Death by Death
Next Post 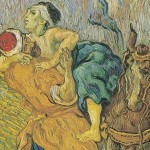 September 18, 2015 Anatheism: The Hospitality Before Theism and Atheism
Recent Comments
0 | Leave a Comment
"Wait a minute, what am I missing? The host must contain some gluten, lest it ..."
RPlavo . The Surprising Anti-Capitalist Logic Behind the ..."
"Gluten intolerance is completely -- and I mean completely -- different from celiac disease. Many ..."
Bobby Lawndale The Surprising Anti-Capitalist Logic Behind the ..."
"Read Bruno's comment: #2 below your ranting comment."
Adrienne Szatkowski Michael Voris’s Stunning and Admirable Broken-Hearted ..."
"Science needs "a confession of sins and an articulate profession of faith"? Seriously?Certainly, individual scientists ..."
Elzbieta 2 Reasons Why the March for ..."
Browse Our Archives
get the latest from
Cosmos The In Lost
Sign up for our newsletter
POPULAR AT PATHEOS Catholic
1