The “Famous Atheists” series is devoted to exposing prominent thinkers (Sartre, Camus, Heidegger, Irigaray), artists (Warhol, Hitchcock), and writers (Wallace Stevens) whom the general public tends to erroneously identify as influential atheists. The truth is they were either lifelong theists (mostly Catholics), or they betrayed the atheist cause on their deathbeds.

The series, as I conceive it on good nights, is also a gesture of welcoming the porous space between theism and atheism, what Irish philosopher Richard Kearney calls the space of anatheism.

Maurice Merleau-Ponty is best known as the thinker who brought embodiment, the flesh, into the mainline corpus of phenomenology (a philosophical movement that has become the unofficial philosophy of Catholicism).

His Phenomenology of Perception was a breakthrough text for the philosophical movement (much as Sam Rocha’s folk phenomenology aims to be). Its use of testimonies from everyday life (i.e. the experiment of observing of how when you your two hands touch your intentionality affects which hand feels and which one becomes an object of feeling) and accounts from wartime amputees were revolutionary.

Merleau-Ponty’s father died when he was young. He was raised by an extremely pious mother but shed his Catholicism sometime around early adulthood. This inability to square the faith with modern life and later wartime experience was fairly common for many pre-Vatican II intellectuals. In this he was not unusual. That should be a lesson for those who think of those times as glory days.

Merleau-Ponty was also not unusual in his generation when it came to making bad political decisions. As a militant atheist-communist he endorsed the Stalinist show trials in his response to Koestler’s Darkness at Noon, the philosophical pamphlet Humanism and Terror. He did distance himself from this hardline communist stance only later in life, but much sooner than Sartre, which caused a rift between the two French intellectual giants.

What I do know is that toward the end of his life he became increasing consumed with the phenomenology of invisibility in books such as The Visible and the Invisible and The Prose of the World. That is in how the unseen, in all of its varieties (but especially the quotidian ones), manifests itself to us.

Jean-Paul Sartre, who became an ex-atheist by embracing Judaism toward the end of his life, transcribed his phenomenological rival’s philosophical explorations onto a clearly theological register in his eulogy entitled “Merleau-Ponty Vivant,” which can be found in its full in the volume The Debate Between Sartre and Merleau-Ponty. It appears that there was a theological stream flowing invisibly under the surface of Merleau-Ponty’s work all along:

Didn’t Merleau, from time to time, think he perceived some sort of transcendent mandate “hidden in immanence” within us? In one of his articles, he congratulates a mystic for having written that God is below us, and Merleau added, in so many words, “why not?” He dreamed of this Almighty who would need men, who would still be called into question in each one’s heart, and yet would remain total being, unceasingly, infinitely instituted by intersubjectivity, the only one who we shall lead to the fount of our being, and who will share with us the insecurity of the human adventure. . .

Sartre continues in tones that begin to verge on the mystical, emphasizing kenosis:

[Merleau-Ponty] lets transcendence flow into immanence, there to be dissolved at the same time as it it protected against annihilation by its very impalpability. It will be only absence and supplication, deriving its all-encompassing power from its infinite weakness.

I tracked down the passage where Merleau-Ponty speaks about the mystic who wrote of a God below us. I thought it might be Meister Eckhart. But no! The mystic in question is French-Catholic poet-playwright Paul Claudel. The passage Sartre mentions comes from Merleau-Ponty’s book Signs where he looks at the Christian God from an odd and illuminating angle:

The Christian God wants nothing to do with a vertical relation of subordination. He is not simply a principle of which we would be the consequence, a will whose instruments we are, or even a model of which human values are the only reflection. There is a sort of impotence of God without us, and Christ attests that God would not be fully God without becoming fully man. Claudel goes so far as to say that God is not above but beneath us—meaning that we do not find Him as a suprasensible idea, but as another ourself which dwells in and authenticates our darkness. Transcendence no longer hangs over man; he becomes, strangely, its privileged bearer.

In another book, The Primacy of Perception, Merleau-Ponty uses his Catholic imagination, which sees the transcendent as intermixing with the immanent, to turn Nietzsche’s critique of Christianity upon its head:

No destruction of the absolute . . . only of the absolute separated from existence. To tell the truth, Christianity consists in replacing the separated absolute by the absolute in men. Nietzsche’s idea that God is dead is already contained in the Christian idea of the death of God. God ceases to be an external object in order to mingle in human life . . .

Now those are some powerful theological insights on human weakness from someone who appeared to be an atheist! Merleau-Ponty did, in the end, get a Catholic burial like Heidegger, which in those days implied a rapprochement with the Church.

After reading this you should consider exploring my phenomenology of the Catholic imagination and my piece on phenomenology as a Catholic philosophy. You might also want to take a look at my kenosis reading list to get a better sense of what that crucial Greek-theological concept signifies.

Please contribute to our family’s emergency rent fund through the PayPal button on this blog’s homepage. 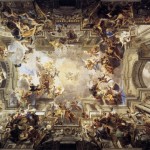 October 27, 2015
What if the Worldwide Jesuit Conspiracy is REAL?
Next Post 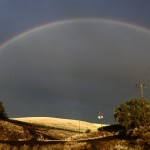 October 29, 2015 TOP10 Books on Religion and Ecology
Recent Comments
0 | Leave a Comment
"Wait a minute, what am I missing? The host must contain some gluten, lest it ..."
RPlavo . The Surprising Anti-Capitalist Logic Behind the ..."
"Gluten intolerance is completely -- and I mean completely -- different from celiac disease. Many ..."
Bobby Lawndale The Surprising Anti-Capitalist Logic Behind the ..."
"Read Bruno's comment: #2 below your ranting comment."
Adrienne Szatkowski Michael Voris’s Stunning and Admirable Broken-Hearted ..."
"Science needs "a confession of sins and an articulate profession of faith"? Seriously?Certainly, individual scientists ..."
Elzbieta 2 Reasons Why the March for ..."
Browse Our Archives
get the latest updates from
Cosmos The In Lost
and the Patheos
Catholic
Channel
POPULAR AT PATHEOS Catholic
1