What if the Worldwide Jesuit Conspiracy is REAL?

What if the Worldwide Jesuit Conspiracy is REAL? October 27, 2015 Artur Rosman

There are plenty of unbalanced Catholic commentators on the Jesuit papacy. Their conspiracy theories, not infrequently involving snide Jesuit jokes, make one wonder whether the Roman Church didn’t lose out to the Reformation. However, sometimes, you run across things that make you believe the conspiracy theorists for at least a second or two.

Really of all the Catholics covering #synod15 I’ve come to appreciate @antoniospadaro‘s mustache-twirling cartoon Jesuit villain the most.

This sounds more like a hyper-fundamentalist-Protestant Chick Tract Jesuit-baiting than anything else. Doesn’t it make you wonder whether Douthat is part of a liberal-NYT conspiracy to discredit Catholicism?

By the way, I’ve written a review of Fr. Sapdaro’s subtle (non-Doubthatian) book on Cybertheology, so I’m totally impartial. I should add that Daily Theology published a letter to the NYT protesting his irresponsible accusations of heresy. Anyways, back to the main subject.

Ulrich Lehner, professor of theology, author of an upcoming book on the Catholic Enlightenment and the editor of a global anthology of essays on the same topic (who might well disagree with my assessment of Douthat and I respect him for that) pointed out a forthcoming book to me. Its title is American Jesuits and the World: How an Embattled Religious Order Made Modern Catholicism Global.  You know where this is going . . . Here’s the blurb:

At the start of the nineteenth century, the Jesuits seemed fated for oblivion. Dissolved as a religious order in 1773 by one pope, they were restored in 1814 by another, but with only six hundred aged members. Yet a century later, the Jesuits numbered seventeen thousand men and were at the vanguard of the Catholic Church’s expansion around the world. In the United States especially, foreign-born Jesuits built universities and schools, aided Catholic immigrants, and served as missionaries. This book traces this nineteenth-century resurgence, showing how Jesuits nurtured a Catholic modernity through a disciplined counterculture of parishes, schools, and associations.

Drawing on archival materials from three continents, American Jesuits and the World tracks Jesuits who left Europe for America and Jesuits who left the United States for missionary ventures across the Pacific. Each chapter tells the story of a revealing or controversial event, including the tarring and feathering of an exiled Swiss Jesuit in Maine, the efforts of French Jesuits in Louisiana to obtain Vatican approval of a miraculous healing, and the educational efforts of American Jesuits in Manila. These stories place the Jesuits at the center of the global clash between Catholics and liberal nationalists, and reveal how the Jesuits not only revived their own order but made modern Catholicism more global.

The result is a major contribution to modern global history and an invaluable examination of the meaning of religious liberty in a pluralistic age.

Once this book is out you’ll be able to tell your fundamentalist friends that:

If you’re looking for something more recent about the worldwide Jesuit conspiracy then you would do well and look at Pope Francis: The Struggle for the Soul of Catholicism:

For the past two years Pope Francis has enchanted and bewildered the world in equal measure with his compassion and his contradictions. Expanding greatly on his acclaimed earlier book Pope Francis: Untying the Knots, Paul Vallely reexamines the complex past of Jorge Mario Bertoglio and adds nine new chapters, revealing many untold, behind-the-scenes stories from his first years in office that explain this Pope of paradoxes.

Vallely lays bare the intrigue and in-fighting surrounding Francis’s attempt to cleanse the scandal-ridden Vatican Bank. He unveils the ambition and arrogance of top bureaucrats resisting the Pope’s reform of the Roman Curia, as well as the hidden opposition at the highest levels that is preventing the Church from tackling the sex abuse crisis. He explains the ambivalence of Pope Francis towards the role of women in the Church, which has frustrated American Catholic women in particular. And Vallely charts the battle lines that are being drawn between Francis and conservatives and traditionalists talking of schism in this struggle for the soul of the Catholic Church. Consistently Francis has show a willingness to discuss issues previously considered taboo, such as the ban on those who divorce and remarry receiving Communion, his liberal instincts outraging traditionalists in the Vatican and especially in the Church hierarchy in the United States. At the same time, many of his statements have reassured conservative elements that he is not, in fact, as radical as he might appear.

Behind the icon of simplicity that Pope Francis projects is a steely and sophisticated politician who has learned from the many mistakes of his past. The Pope with the winning smile was previously a bitterly divisive figure. In his decade as leader of Argentina’s Jesuits left that religious order deeply split. His behavior during Argentina’s Dirty War, when military death squads snatched innocent people from the streets, raised serious questions. Yet after a period of exile and what he has revealed as “a time of great interior crisis” he underwent an extraordinary transformation-on which Vallely sheds new and fascinating light. The man who had been a strict conservative authoritarian was radically converted into a listening participative leader who became Bishop of the Slums, making enemies among Argentina’s political classes in the process.

The author of this book reached out to me on Twitter when I posted about Archbishop’s Quinn’s The Reform of the Papacy. A review copy of Pope Francis: The Struggle for the Soul of Catholicism is on its way. I’m looking forward to reading what looks like a real page-turner.

So there you go, the Jesuit conspiracy is real. I would suggest this also has something to do with the connections between Pope Francis and Communion and Liberation, but that’s the subject for another post.

Please remember to donate to our monthly rent fund through the PayPal button on this blog’s homepage. It will be a while before my first Patheos-Catholic channel editor check comes in. 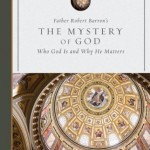 October 26, 2015
2DVD SET GIVEAWAY: The Mystery of God by Word on Fire
Next Post 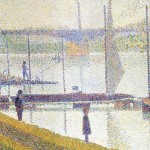 October 28, 2015 Famous Atheists Who Weren't Atheist: Sartre Eulogizes Merleau-Ponty
Recent Comments
0 | Leave a Comment
Browse Our Archives
get the latest updates from
Cosmos The In Lost
and the Patheos
Catholic
Channel
POPULAR AT PATHEOS Catholic
1

Another Word on the Tragedy of...
Steel Magnificat
Related posts from Cosmos The In Lost