If the post on interreligious dialogue with Muslims is any indication, then the following words from a pope might blow a few gaskets:

Today, in addition to interreligious dialogue, there should be a dialogue with those to whom religion is something foreign, to whom God is unknown and who nevertheless do not want to be left merely Godless, but rather to draw near to him, albeit as the Unknown.

These words come from Pope Emeritus Benedict XVI again. He delivered them in 2009 during his founding speech for The Courtyard of the Gentiles initiative. The Courtyard is the Church’s permanent institution for dialogue with atheists. It’s not something entirely new, since it extends initiatives that go way beyond Vatican II, reaching, at the very least, into the pontificate of Pius XII.

When in 2006 Pope Benedict initiated an interreligious dialogue with Islam called for by Vatican II he didn’t stop there. He also later, in 2009, consolidated the Church’s efforts to remain in conversation with people who don’t believe in God. This development shouldn’t be surprising to those who have honestly followed Joseph Ratzinger’s career instead of projecting their pet projects and obsessions onto him. One of his longest intellectual engagements is dialogue with atheists, culminating in a much-publicized exchange with philosopher Jurgen Habermas in 2004. Their conversations were later collected in the volume The Dialectics of Secularization: On Reason and Religion. The depth of Benedict’s sincere engagement with atheists can be gauged by his invitation of atheist philosopher Julia Kristeva to the 2011 World Day of Prayer. Kristeva spoke there eloquently about what atheists and believers share.

She told the former, echoing John Paul II, not to fear Christianity:

The words of John Paul II, “Be not afraid!” are not directed solely toward believers, because they may take heart in their resistance to totalitarianism. The appeal of that Pope, an apostle of human rights, also drives us not to fear European culture, but on the contrary, to dare humanism: the construct complicity between the Christian humanism and that which emerged from the Renaissance and Enlightenment, and which has the ambition of opening the dangerous ways of freedom. Thanks today to Pope Benedict XVI, for having invited, for the first time in these places, humanists among you.

Kristeva’s output on Catholicism can be found in the collection This Incredible Need to Believe. I’ve found her appreciation of John Paul II’s teachings (and personal example) on suffering especially profound. As an honest dialogue partner she readily admits that secular culture is not equipped to show the dignity of suffering humanity like Catholicism has done, especially since the Baroque. You can see from my list of 10 Atheists Who Engage Religion Charitably over at Strange Notions (a website dedicated to engaging atheists) that Kristeva is not a lone voice. There are plenty of atheists who can teach believers things they didn’t know.

This is part of what I appreciate about writing for Patheos Catholic. Our forum is not safely sealed off from those who believe other things like most Catholic sites are.  Therefore, it is much more difficult for our writers to ignore Benedict’s clarion call to “a dialogue [even] with those to whom religion is something foreign.”  This situation faithfully reflects both our daily post-Christian world and the ancient world of the Early Fathers. Thinkers such as Justin Martyr, Clement of Alexandria, and Tertullian engaged, you might say baptized, what was best in their culture–whether it be Socrates, the soul’s testimony , natural law, or the all-pervading Logos–in order to demonstrate the deep-down Christian essence of everything.

Our task is a little simpler, because as Marc Barnes pointed out in The Other Benedict Option, our situation isn’t pre-Christian. Western atheism (and other reactions to orthodoxy) draw heavily upon resources that belong to very orthodoxy. Unbelief, as Charles Taylor argues in his A Secular Age, is not a simple story of subtraction. That is, atheism in the West has never been about removing theology and hitting the non-religious core of humanity.

Instead, as you might discover more in-depth in books such as Atheists: The Origin of the Species and Denying and Disclosing God: The Ambiguous Progress of Modern Atheism, atheism always works in tandem with Christian theology, sometimes sifting through Christian beliefs without being explicitly aware of it.  As Simone Weil puts it in Gravity and Grace:

There are two atheisms of which one is a purification of the notion of God.

St. Augustine’s City of God, a favorite book of the Pope Emeritus, adds another insight as to why dialogue with atheists makes sense. Augustine’s ecclesiology hinges upon the observation that those we see on a weekly basis in church might ultimately end up on the side of the City of Man. Furthermore, those who are the Church’s greatest enemies (like Sts. Peter and Paul) might ultimately end up squarely in the City of God. We don’t know. It is a great mystery.

For now we should remain agnostic about last things because they are not in our hands. This is why interreligious dialogue and dialogue with the non-religious is a pressing expedience. Benedict XVI understood this and that is part of the reason why his papacy was so radical (and traditional, as in Ante-Nicene traditional).

It’s much more than Fry and Laurie’s tricky linguistics:

1. What Do We Make of a Disturbingly Radical Papacy?

2. How did Benedict Revolutionize Dialogue with Islam? 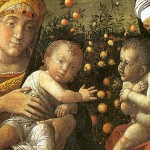 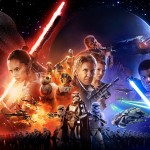 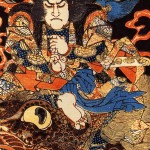 Catholic
The Left Has Magically Discovered Religious Freedom!
Cosmos The In Lost
TRENDING AT PATHEOS Catholic