The German philosopher is a usefully confusing atheist thinker. He said some very unexpected things about Christianity that actually get at the core of Christianity. After all, his father was a well-loved Lutheran minister, so Nietzsche understood Christianity from the inside. I wonder whether it has been explored how much Lutheranism seeped into his own frequently bleak, yet uplifting philosophy of decline.

He liked to think things through to the end. One of his most valuable insights is the basically theological thesis that God is dead. He also correctly recognized Christianity as a religion of the weak, but didn’t value it correctly.

I believe the latter thesis is behind something interesting he said in the collection of final writings collected posthumously, like the writings of his frenemy Pascal, into an unruly, but influential, book. It is called The Will to Power.

This volume yielded the following insight, or rather, a call to battle, to me this weekend:

I have declared war on the anemic Christian ideal (together with what is closely related to it), not with the aim of destroying it but only of putting an end to its tyranny and clearing the way for new ideals, for ‘more robust’ ideals–

The continuance of the Christian ideal is one of the most desirable things there are–even for the sake of the ideals that want to stand beside it and perhaps above it–they must have opponents, strong opponents, if they are to become strong.

Thus we immoralists require the power of immorality: our drive of self-preservation wants our ‘opponents’ to retain their strength–it one wants to become ‘master over them’.

He might have gotten his wish, because the one thinker who matched Nietzsche in his power to upset the decent bourgeois presuppositions of the West was the theologian Karl Barth, especially in the shots he fired with his monumental The Epistle to the Romans. This book, nay, event almost matched World War I in the (intellectual) destruction (in the most positive sense) it produced.

Now, if only the current batch of atheists were as strong as Nietzsche, but instead they’ve gone in for Mainline Liberal Protestant decency–an atheism of nice people who sometimes get outraged. I think this is also what upsets people so much about Francis. Most Catholics want to be decent and bland citizens who sometimes rock the boat about the liturgy, divorce, the free market, Just Wars, “religious freedom,” etc.

But Christianity essentially desires something more adventurous for them. According to Pope Francis, Christianity wants to break their hearts.

I encourage all of you to read Nietzsche (and Barth). Stay strong, my friends. 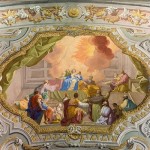 May 15, 2016
Pentecost Special: The Secret Old Testament Teaching on the Femininity of the Holy Spirit
Next Post 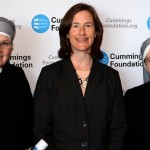