Big Win for Little Sisters is a Huge Loss for Catholicism

Big Win for Little Sisters is a Huge Loss for Catholicism May 18, 2016 Artur Rosman

As I’ve explained in American Idol: Religious Freedom, religious freedom is the problem itself. Before we get to that here’s the WSJ’s rundown, “Big Win for Little Sisters,” of what went down with the SCOTUS:

First the good news: Though it was more a TKO than a straight-up ruling, the Little Sisters of the Poor prevailed at the Supreme Court on Monday in their fight against the ObamaCare contraceptive mandate.

True, the justices made clear that they were not ruling on the merits, which is why so many headlines speak of the court’s having “punted” on the case. Even so, in a unanimous decision they made the path forward much easier for the sisters and much more difficult for the Obama administration.

To begin with, the justices vacated the lower-court rulings the sisters were fighting. The parties, the court said, should have another opportunity to work out a way to deliver contraceptives that doesn’t violate the religious objections of the Little Sisters and their co-plaintiffs.

Most important, the Supreme Court took away the administration’s tool for bullying: The government, it said, “may not impose taxes or penalties” on those who refuse to authorize their plans to provide the contested coverage.

This is the standard line for conservative defenders of religious freedom; and it is well and good.

However, things get a little bit more complicated, without the author noticing all the intricacies, in the following paragraph:

The bad news is the larger picture. For the main threat to religious liberty these days isn’t the Obama administration or even this noxious mandate. It’s an aggressive federal government intruding into areas of life previously left unmolested, coupled with an increasingly larger proportion of Americans who have no idea what religious liberty is and why we have it. 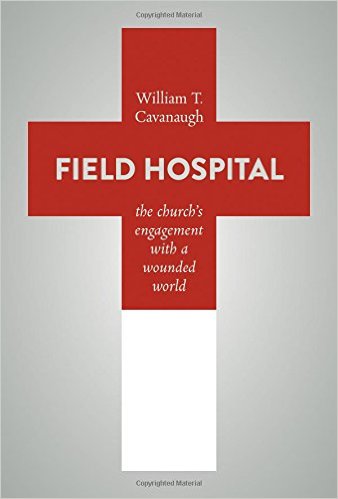 The anti-government line might be pragmatically useful, but the Little Sisters also take the standard Catholic line of protecting life in the womb. After all, combating abortion will take a lot of government intervention if the pro-life side ever gets the upper hand.

Strategically negotiating the American political scene, playing American habits against so as to have freedom for getting important things accomplished, is not even the biggest problem.

William T. Cavanaugh’s timely recent publication Field Hospital: The Church’s Engagement with a Wounded World argues that the concept of “religion” (and not only as it is used in various “religious freedom” court cases) is the real problem:

On the face of it, the question I’m raising seems ridiculous. Of course Christianity is a religion. A deeper look at the recent government arguments about the free exercise of religion, however, makes clear that what does and what does not count as religion is at the heart of the matter. The HHS mandate has been framed by its protagonists not as a restriction of religious liberty but is a clarification about what counts as religion and what does not. Churches, synagogues, mosques, etc., are entitled as always to exemption from having to provide insurance coverage for services that violate their principles, based on the concept of free exercise of religion. But schools, hospitals, charities, and other agencies that are affiliated with such congregations have been redefined as not essentially religious, and therefore not exempt from the mandates under the principle of religious freedom, because they do not “serve primarily persons who share their religious tenets,” according to the HHS . . . The government’s position makes a distinction between church agencies that serve a religious function and those that serve a social function. The implication is that ‘religion’ is not something that is essentially social.

Redefining Catholicism as a “religion,” even if it results small short-term gains in the courts, might potentially lead to a huge disaster in the long run:

Religion is defined in liberal society as a matter of beliefs about the otherworldly and only indirectly applies to the social and political. In Thomas Jefferson’s words, belief in one God or twenty neither picks my pocket nor breaks my legs; in other words, religion has no immediate social effect. The very modern Western concept of religion was born out of the desire to identify religion as precisely that which has to do with otherworldly concerns and not with the application of public power in “secular” matters such as politics and economics . . . To resist the confinement of Christianity to concern with the otherworldly, we need a robust defense of the idea that our God is the God of all creation, and that the gospel is concerned with caring for the flourishing of the whole human person, body and soul. We need more than an appeal to freedom of belief and freedom of conscience; we need to question the modern terms under which Christianity is consigned to one side of the religious/secular dichotomy that has been constructed in liberal society. We need to ask, as Robert Shedinger puts it, “whether the concern so often expressed over the politicization of Islam in the contemporary world ought to be replaced by concern with the ‘religionization’ of Christianity.”

If you think this scenario is unlikely and such remedies too apocalyptic for nice decent Americans like us . . . then Field Hospital goes into great detail of how one the first uses of “religious freedom” by the Pueblo Indians went. They won their religious freedom battle, but, in a big way, lost the war to maintain their identity as a public tradition, which, like Catholicism, incorporates (well, incorporated) both the “religious” and the “secular.”

No biggie. What looks like semantic nitpicking from Cavanaugh is only about the soul of Catholicism.

The war is about preventing American Catholicism from turning into a country club with congregating on Sunday and committee meetings. Oh wait… 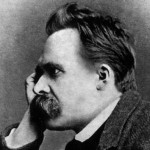 May 16, 2016
Uber Atheist Nietzsche Liked his Christianity STRONG!
Next Post 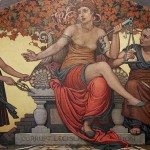