Nietzsche’s Flame of Eternity: It’s Not a Wonderful Philosophy Nor Life

Leszek Kolakowski, author of philosophical barnburners such as Metaphysical Horror and Religion: If There Is No God– : On God, the Devil, Sin, and Other Worries of the So-Called Philosophy of Religion, said the following about the book I would like to start discussing today:

There are many books on Nietzsche. Some of them are distinguished by their learning and analytical power, some by their beauty. Very rarely can we find a book that combines both: learning and beauty. We see this unusual virtue in Michalski’s book.

It’s true. Krzysztof Michalski’s The Flame of Eternity: An Interpretation of Nietzsche’s Thought grabs you by the throat, cuts off the oxygen, fills your lungs with censer smoke, and doesn’t let go.

The Flame of Eternity starts in an unassuming, classical manner. You get the typical wonder from the Aristotle’s Metaphysics as the springboard of thought:

Of course, this is hardly the only motivation toward philosophy that we can think of. Others include anger and pain, the rejection of the world as it is. The world—not this or that fragment of the world, this or that situation or institution, this or that fact as it is—hurts and outrages us, it chafes. Bringing some piece of reality to order—controlling the river that has, until now, regularly flooded the neighborhood, or freeing oneself from political oppression, or finding a treatment for a heretofore untreatable illness—does nothing to relieve this kind of pain. Only a new, universal order of things could free us from this pain, quiet our rage, and reconcile us to the world.

Changing the world world instead of describing it seems like a Marxist or postmodern preoccupation. Those associations would make sense for a book about Nietzsche, in a chapter, that, by the way, bears the title, “Nihilism.” But let’s not forget that the reconciliation, anticipation, and participation in the transformation of the face of the earth is also a Judeo-Christian concern!

Closer to our time action and change were also the concerns of important philosopher-theologians such as Maurice Blondel in his Action: Essay on a Critique of Life and a Science of Practice and Mikhail Bakhtin in Toward a Philosophy of the Act. For them philosophy was more than a system, it was a way of life.

But even closer to home, at least for me, action (praxis, and so on) were a big part of the Polish 19th century philosophers, politicians, and Romantic poets. I’m currently reading about the influence of these Polish sources on their French, German, and Russian contemporaries, and vice versa in Andrzej Walicki’s Philosophy and Romantic Nationalism: The Case of Poland and Roman Koropeckyj’s Adam Mickiewicz: The Life of a Romantic.

So far we have the following: Nietzsche, eternity (much more than just the Eternal Return in Nietzsche), philosophy as a way of life, action, and Poland. How do these all fit together? I would be going against the spirit of Michalski book if I mended this crack of a philosophical puzzle today.

It will have to wait for another day .  .  . I’ll also add Jozef Tischner, the chaplain of Solidarity, to the chain of messy connections then.

Come to think of it, It’s a Wonderful Life is also about the brokenness of life. Ingmar Bergman could’ve directed that proto-existentialist flick:

Look here for more on philosophy as a way of life, Polish philosophy, and Nietzsche. See also: my TOP10 favorite novels of all time, because Nietzsche is on it. 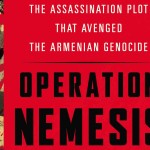 April 25, 2015
Operation Nemesis: The Assassination Plot that Avenged the Armenian Genocide
Next Post 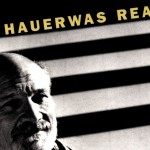 April 29, 2015 Before Marriage: Gays (As a Group) Were Morally Superior to Christians (As a Group)
Recent Comments
0 | Leave a Comment
"So you in fact did not vote for the lesser of two evils but instead ..."
gethoht Hunter S. Thompson’s Fear and Loathing ..."
"Wait a minute, what am I missing? The host must contain some gluten, lest it ..."
RPlavo . The Surprising Anti-Capitalist Logic Behind the ..."
"Gluten intolerance is completely -- and I mean completely -- different from celiac disease. Many ..."
Bobby Lawndale The Surprising Anti-Capitalist Logic Behind the ..."
"Read Bruno's comment: #2 below your ranting comment."
Adrienne Szatkowski Michael Voris’s Stunning and Admirable Broken-Hearted ..."
Browse Our Archives
Related posts from Cosmos The In Lost