These are only hints and guesses,
Hints followed by guesses; and the rest
Is prayer, observance, discipline, thought and action.
The hint half guessed, the gift half understood, is Incarnation.
Here the impossible union
Of spheres of evidence is actual,
Here the past and future
Are conquered, and reconciled . . .
–T.S. Eliot, Four Quartets

Francis bashing is a popular pastime among reactionary Catholics (not to be confused with the orthodox Catholics).

Happy is the Catholic who hasn’t seen someone express the sentiment “We miss you Benedict,” which not-so-secretly implies disdain for Francis’s ministry. It is such a common phenomenon that Reuters even interviewed me about it.

What these reactionaries don’t seem to want to acknowledge is that they are the conjoined twins of the progressivists who emoted “crime against humanity” every time Benedict uttered a word without stopping to consider what he actually said in context. Comment sections get filled with prefabricated rubbish in the wink of an eye. It gets old, quick. Somebody should write a script that could generate these “discussion” thereby giving the potential commenters time to do works of mercy.

However, The Guardian reports that all attempts to use Benedict against Francis must stop (even if they won’t). Benedict used a special occasion to voice his unequivocal approval:

Benedict XVI has endorsed Pope Francis’s ministry in an unprecedented Vatican ceremony featuring a reigning pontiff honouring a retired one on the 65th anniversary of his ordination as a priest.

The ceremony in the Clementine Hall of the Apostolic Palace served in part to show continuity from Benedict to Francis amid continued nostalgia from some conservatives for the former’s tradition-minded papacy.

Francis had invited the entire Vatican Curia, or bureaucracy, to celebrate Benedict’s anniversary, and prelates turned out in force for the rare occasion of being able to greet each man in white.

What’s most charming about the endorsement is how Benedict adopted Francis’s favorite genre to voice his support… the off-the-cuff statement:

“Thank you, Holy Father, for your goodness, which from the first moment of your election has struck every day of my life,” Benedict said, speaking without notes. “We hope that you can go forward with all of us on this path of divine mercy, showing us the path of Jesus toward God.”

Benedict’s vote of confidence may help quell conservative criticism of the current pope’s loose theology, lack of attention to liturgy and emphasis on mercy over morals.

Francis has recently dismissed new questions about the implications of Benedict’s resignation by insisting that there is only one pope – him – and that Benedict had pledged his obedience to him on the day he resigned.

He told reporters this weekend he felt Benedict “had my back” and was continuing to help the church through his prayers. He added he had heard that Benedict had even chastised some nostalgic faithful who were complaining about the “new pope”.

It’s hard to argue with that, especially given the form of the delivery. Granted, I have no doubt there will be reactionaries who will spin conspiracy theories around this. Mark my words about this, they will throw Benedict under the bus for making this statement. Their loss.

All of this can probably be chalked up to ignorance pure and simple.

Now that I think about it, this endorsement might also make Francis look bad in the eyes of self-professed “Catholic liberals.” Their loss too.

What’s forgotten is how Catholic commitments to calling for radical economic reforms, dialogue with Islam, engaging atheists, absorbing the best insights of Protestantism, and ecological conservation, which are so disturbing to reactionaries, were just as much part of Benedict’s pontificate as they are of Francis’s. Most people don’t know that the young Ratzinger was so theologically adventurous that his Introduction to Christianity was banned in the Warsaw Archdiocese for some time. The wizened Pope Benedict, not Francis, was the person who get Gustavo Gutierrez, father of liberation theology, author of the much read A Theology of Liberation, out of the theological doldrums way back in 2007 (I’d link this non-story, but you really should go and find it yourself if you didn’t know it by now).

Nobody noticed. Selective memory. This is how the hermeneutic of continuity gets lost.

I would call this phenomenon “Protestantism” if it wasn’t an insult to my Protestant friends who have been especially receptive to Francis’s message of mercy, which is, of course, a continuation of John Paul II’s message of mercy.

It might be hard to say goodbye to yesterday, but it’s even harder to realize how much today and tomorrow resemble it.

If you want to better understand Francis on Divine Mercy, in the way that Benedict understands him, then take a look at my review of his book on the topic: Ask God to Shatter Your Heart

UPDATE, here is footage from the celebration as Benedict and Francis speak highly of each other: 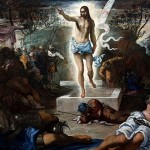 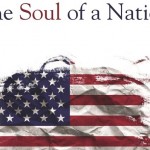 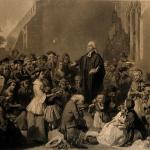