Have You Tried Shutting Up?

It is better to remain silent and to be than to talk and not be. Teaching is good if the teacher also acts. Now there was one teacher who ‘spoke, and it was made,’ and even what he did in silence is worthy of the Father. He who has the word of Jesus can truly listen also to his silence, in order to be perfect, that he may act through his speech and be known by his silence.
–Ignatius of Antioch, The Letters 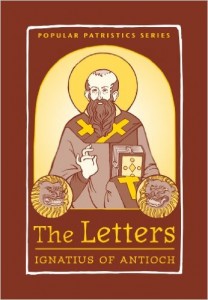 Let’s not talk about the post-election.

Prayer can rightly pass for cowardly quietism in the face of the “real world’s” frights.

Trolling atheists (not all atheists) frequently work from this assumption. Their writings have alterted me to something called “prayer-shaming.” This phenomenon usually follows on the coattails of Christian calls for prayer in response to anxiety-inducing news cycles.

Yet, what if prayer and silence are what’s truly frightening?

If modern man cannot bear too much reality, then the reality of silence is particularly frightening to modern women and men.

Don’t we have social media and blogs to kill the silence of living in the anonymous suburbs that our market-dictated jobs condemn us to?

The modern period’s cosmic fear of silence is best summed by the thinker who is oftentimes singled out as the first modern Christian:

The fear of the silence of cosmic spaces (with no room for God) transposes itself onto the personal realm in another one of Pascal’s Pensees:

All of humanity’s problems stem from man’s inability to sit quietly in a room alone.

What do I want to say? I myself do not quite understand. Only that today, when for the glory of God Mokichi and Ichizo moaned, suffered and died, I cannot bear the monotonous sound of the dark sea gnawing at the shore. Behind the depressing silence of this sea, the silence of God….the feeling that while men raise their voices in anguish God remains with folded arms, silent.

Now that we’ve covered the sublunar, human, and cosmic fears of modernity it’s time to take a look at what the Early Fathers had to say (by the way, my translation of Socrates and Other Saints touches upon related topics). 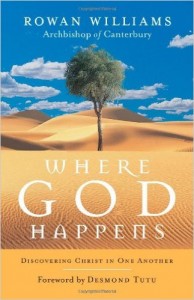 According to the former Archbishop of Canterbury, Rowan Williams–whose Where God Happens is all about the spirituality of the Desert Fathers and Mothers–Christianity has gotten away from its immemorial roots in silence only to lose its soul in chatter:

EM Forster called it “poor chatty little Christianity”, and the Archbishop of Canterbury Rowan Williams today admitted that the novelist might have had a point.

“There is a strong Quaker surge which comes upon me at certain points and I think we’re never going to get it right by talking, so why not just be silent?” said Williams at an event at the Guardian Hay festival today. “A church that took God seriously would be moving in and out of silence like that a lot more than we seem to be doing … We can sound very very chatty.”

Declaring that “the Church taking God seriously” was an issue which demanded his attention “perhaps more than anything else – more than institutional fire-fighting and more than border skirmishes with Richard Dawkins”, Williams spoke of the importance of knowing “at what points to be silent”.

“It’s like being on an ocean liner where all the staff are talking brightly and smiling rather too cheerfully – you think ‘what’s wrong?’, as you feel the great swell underneath you, and you think it’s not something you can control just by cheerful chatter,” he said.

Doesn’t this diagnosis square with your experience. It sure seems to reflect my pre- and post-election impressions. Everybody has something to say about what they think about where this country is going politically and socially. These threads, articles, and videos have become so automatic that they could write themselves. Yet we hold onto them, out of fear (of silence).

But silence, as Paul VI said in Nazareth, might be the only thing that could save us now. This is his Gospel-inspired message, which goes against the grain of our secular pieties. 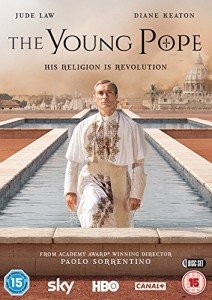 If only we could once again appreciate silence, that admirable and indispensable state of mind, beset as we are by the cacophony of strident protests and conflicting claims so characteristic of these turbulent times. Oh silence of Nazareth, teach us recollection, reflection, and eagerness to heed  good inspiration and the words of true teachers; teach us the need and value of preparation, of study, of meditation, of interior life, of secret prayer seen by God alone.

I prefer the phrase “shutting up” in the title of this piece, because silence has become too soft in our collective imagination to capture the difficulty and violence of breaking with the habits of going along with “the cacophony of strident protests and conflicting claims.” Anyone who’s tried smoking, or shutting up, for an extended amount of time knows what I’m talking about. I’ve borrowed this maneuver from John Barclay (probably Flanney O’Connor too), who in Paul and the Gift avoids using the word “grace” because it is too clouded over with competing presuppositions and the word “gift” is actually as good a translation of the original, if not better.

The clip below from The Young Pope, an HBO series that is sure to frighten and disgust both Catholics and secularists, but amuse and educate both groups to, ironically touches upon this need for the secret of silence, far away from the obscene American Dream of total self-expression not on a personal level, but on an ecclesial level.

Don’t be guilty of a poor chatty Christianity when you can shut up and trust God.

For more on cultivating silence see: The Spell of Sensuous Silence: A TOP10 Book List of the Divine Sense 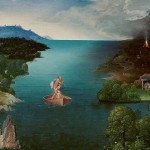 January 17, 2017
Why Must God Hate the American Dream?
Next Post 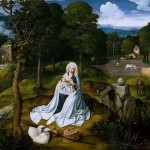 January 19, 2017 Why's it so Hard to Shut the Noise Out?
Recent Comments
0 | Leave a Comment
Browse Our Archives
Related posts from Cosmos The In Lost